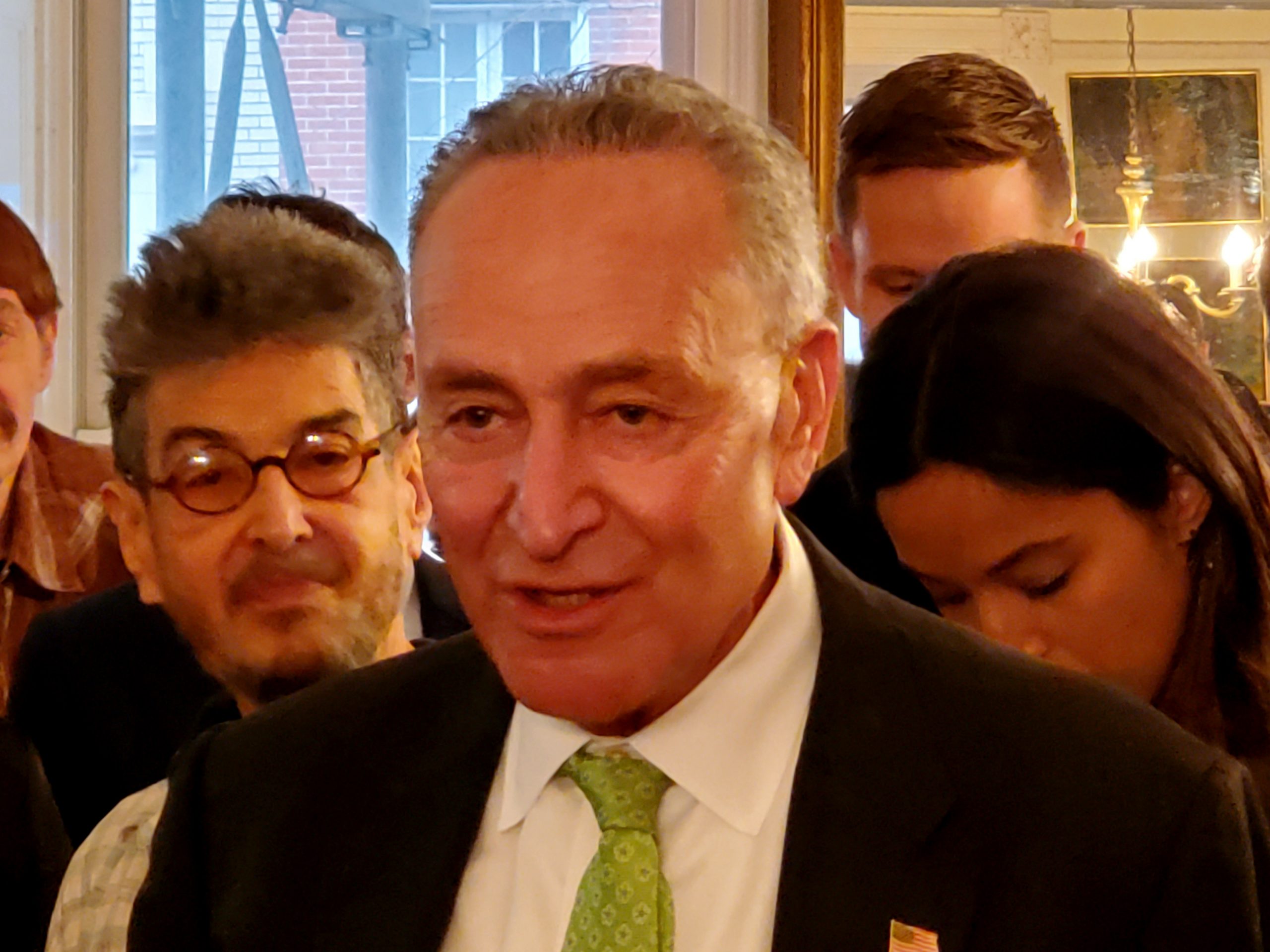 BY THE VILLAGE SUN | Members of the Village Independent Democrats were joined by an impressive array of local politicians at the club’s annual holiday party on Sun., Dec. 8.

As usual, the venue was Frieda Bradlow’s Charlton St. townhouse, with Bradlow and her son Robert hosting the affair.

V.I.D. will weigh in on the Democratic presidential primary on Thursday evening, when the club will vote on whether to back one of the candidates. However, several club members told The Village Sun there definitely is a strong sentiment within V.I.D. for a vote of “no endorsement.”

“It’s too early,” shrugged former club president Tony Hoffmann, on the idea of endorsing a candidate. Who knows who’ll still be in the running later down the line, he noted, adding that some people are still jumping into the race.

Asked by The Village Sun if he thought Hillary Clinton really plans to throw her hat in the ring, Hoffmann, a former Village district leader, said he doesn’t think so.

“Some people just like to be in the conversation,” he noted, with a smile.

As for Frieda Bradlow, she expressed disappointment with the crop of current candidates. Asked who she was supporting at this moment, she answered, “Baaahh! None of them!”

Correction: The original version of this article incorrectly stated that former City Comptroller John Liu was at the party.