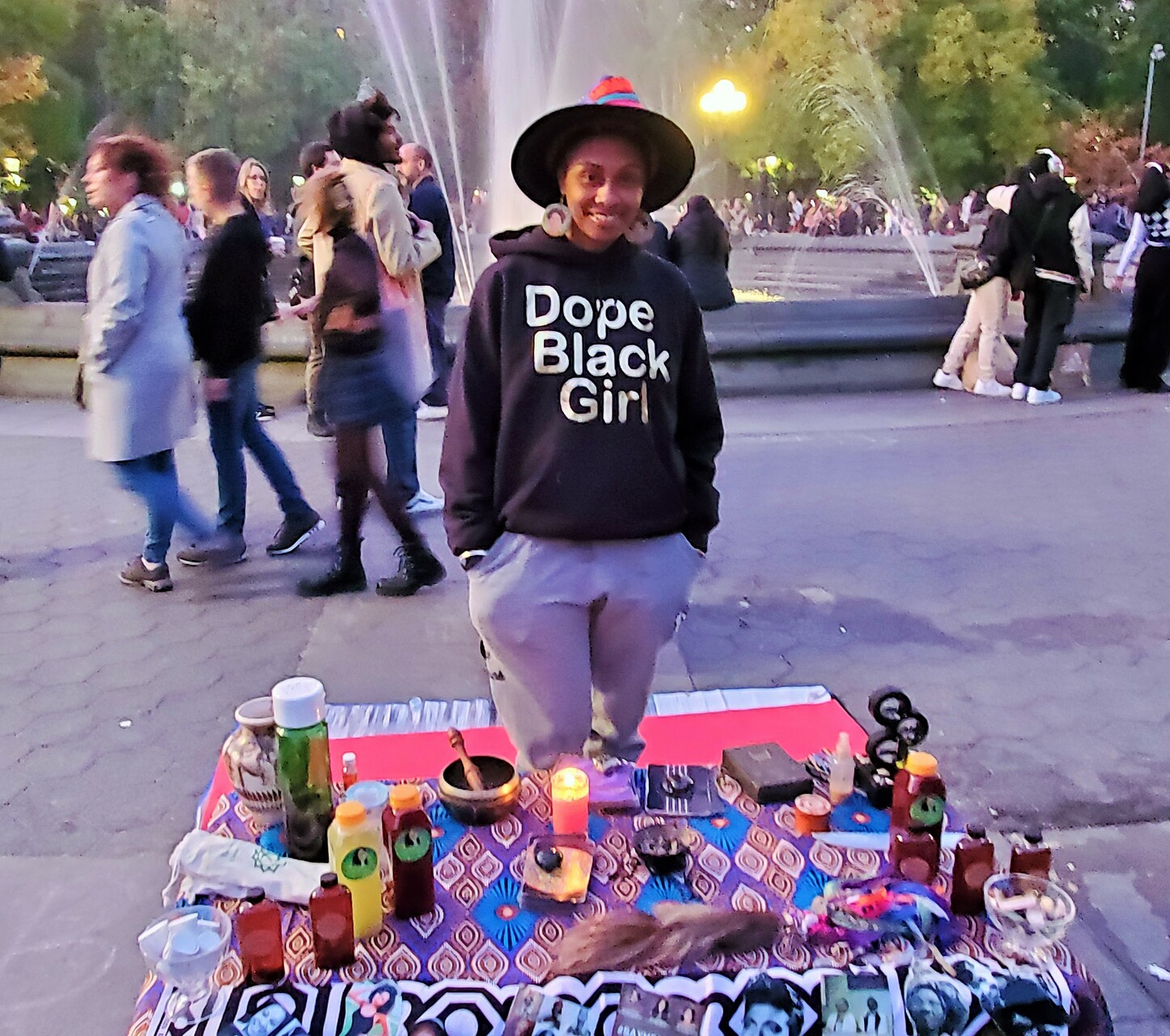 BY THE VILLAGE SUN | A tip the newspaper received claiming that somehow regulations against vending in Washington Square Park have loosened is untrue, according to both the 6th Precinct and the Parks Department.

In fact, the number of summonses issued for vending are through the roof, according to Crystal Howard, Parks assistant commissioner for communications.

“Our vending rules have not changed,” Howard told The Village Sun. “And, while our goal is always to educate parkgoers on our rules first and foremost, from January to August this year, we issued more summonses for unlawful vending than we have over the past six years combined.

“We continue to collaborate with N.Y.P.D. to address unauthorized vending and other conditions in Washington Square Park and we hope to continue to be successful.”

Howard provided the following statistics showing summonses issued in the Greenwich Village park for unlawful vending during the previous five years, plus the eight-month period from January to August of this year:

The stats mirror the boom in vending that has occurred in the park in recent years, with barely any summonses at all — a grand total of four — from 2017 to 2020, and then a spike to 29 tickets in 2021, with that amount already more than doubled this year through the end of this August.

“During recent joint operations,” Howard added, “we have issued multiple summonses to vendors in violation of Parks rules. We will continue to coordinate with N.Y.P.D. and adjust our approach as needed. Our PEP [Park Enforcement Patrol] officers’ first course of action is to educate parkgoers to our rules; if not followed, the next step would be to issue a summons, and only in extremely rare circumstances would we effectuate an arrest.

“Any vending operations on public property must receive the proper approvals from the appropriate city agencies and related partners. Please see our Regulated Uses for more information. Please see our expressive matter vending rules for more details on approved vending.”

“Vending is not allowed in the park, especially not marijuana dealing,” he said. “However, First Amendment-protected materials, such as books and handmade materials, are allowed.”

The Parks Department’s Howard did not respond to a request for a breakdown of the kind of vendors that received summonses, such as, for example, how many were pot vendors or clothing vendors.

Carmen, who did not give her last name, was selling her personal brand of Lanayah’s Liquid Zaza THC-infused drinks near the park’s fountain one day last month.

She makes the beverages — in hibiscus or lemonade flavors — using a tincture, the process behind which she refused to divulge, saying she was not about to give away her secret recipe. They cost $30 a bottle, but just a small sip is all that’s needed to do the trick, providing relaxation and a great night’s sleep, she assured. She was giving out free sips to potential customers.

She said she gives a portion of her proceeds to the children of a friend of hers who died.

It was only Carmen’s second day selling in the park. The police had been around, giving her a warning about selling weed but not a ticket.

“They came by earlier and told me to take my pre-rolls off the table,” she said.