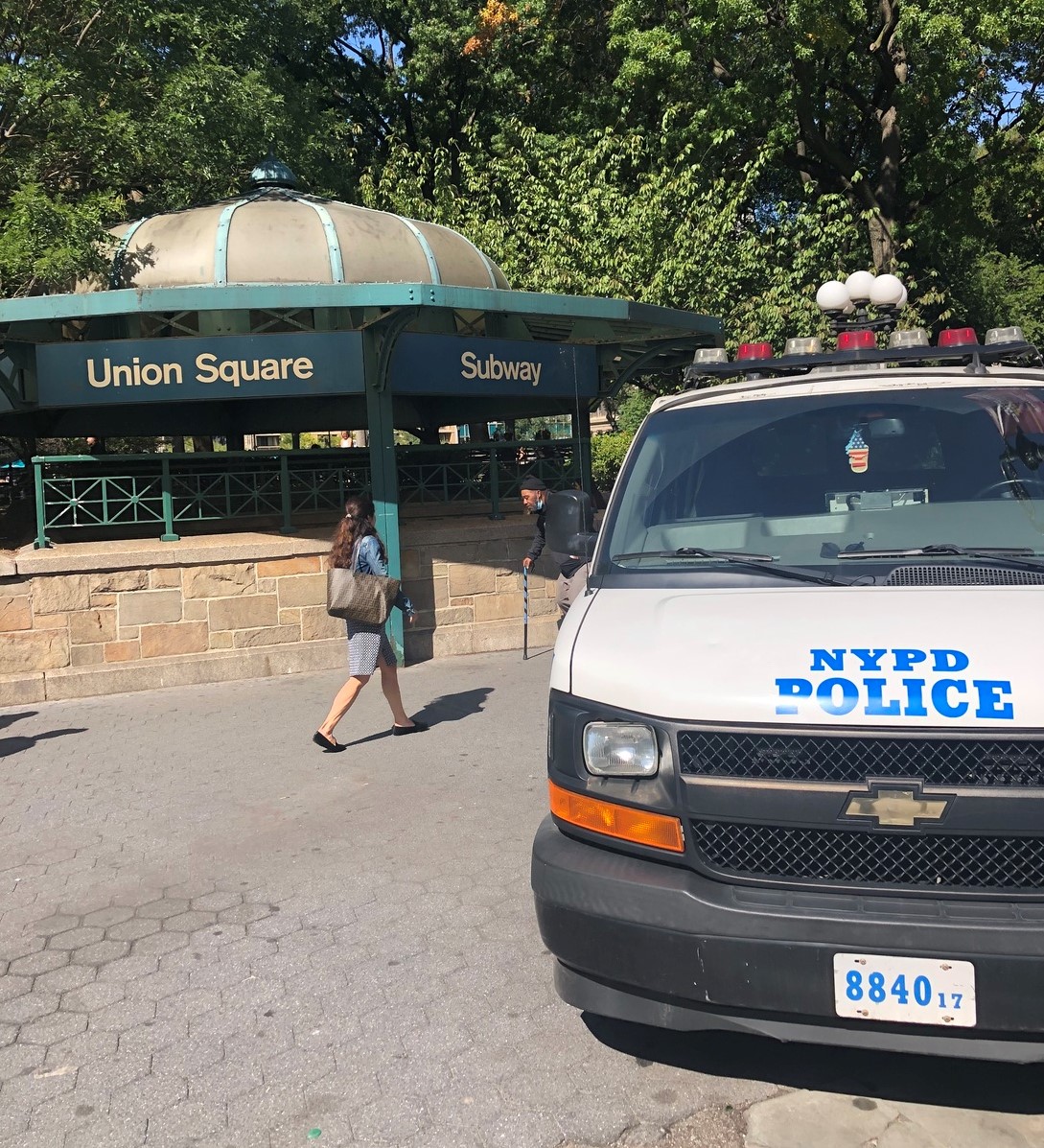 A man was pepper-sprayed in the face for accidentally bumping a stranger with his small cart, police said. (Photo by Keith J. Kelly)

Police said the 14th Street/Union Square subway station was completely closed for nearly a half hour on Fri., Oct. 7, after an unknown male ran off after pepper-spraying a 77-year-old male. The victim was transported to Bellevue Hospital for treatment. The search for the perpetrator is ongoing, cops said

According to police, just after 10 a.m., the victim exited a southbound W train at the station. As he was walking on the southbound platform pushing a small cart, he unintentionally brushed a stranger with the cart. The latter man brandished pepper spray and fired it at the 77-year-old victim, causing pain and redness to the elderly male’s face and eyes.

A surveillance-camera video of the alleged pepper-spray assailant, according to police. (N.Y.P.D.)

The assailant fled up the stairs and out of the station. E.M.S. responded and transported the victim to Bellevue Hospital in stable condition.