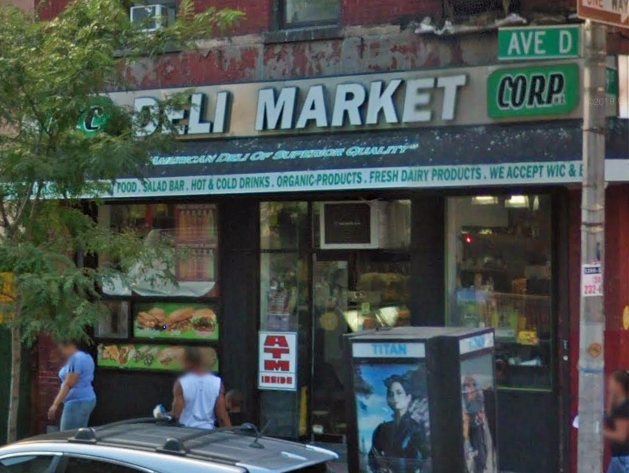 A shooter wounded two men outside an Avenue D bodega, above, on Aug. 12, according to police. (Google Street View)

Two men blasted outside bodega on Ave. D; Gunman on the loose

BY THE VILLAGE SUN | Two men were shot in front of an Alphabet City bodega on Thursday afternoon, police said.

An unknown suspect fired a gun at the two victims — one 47 years old, the other 29 — striking them each in the leg. The victims’ injuries were not considered life-threatening, according to police.

The investigation is ongoing and there are no arrests at this time.