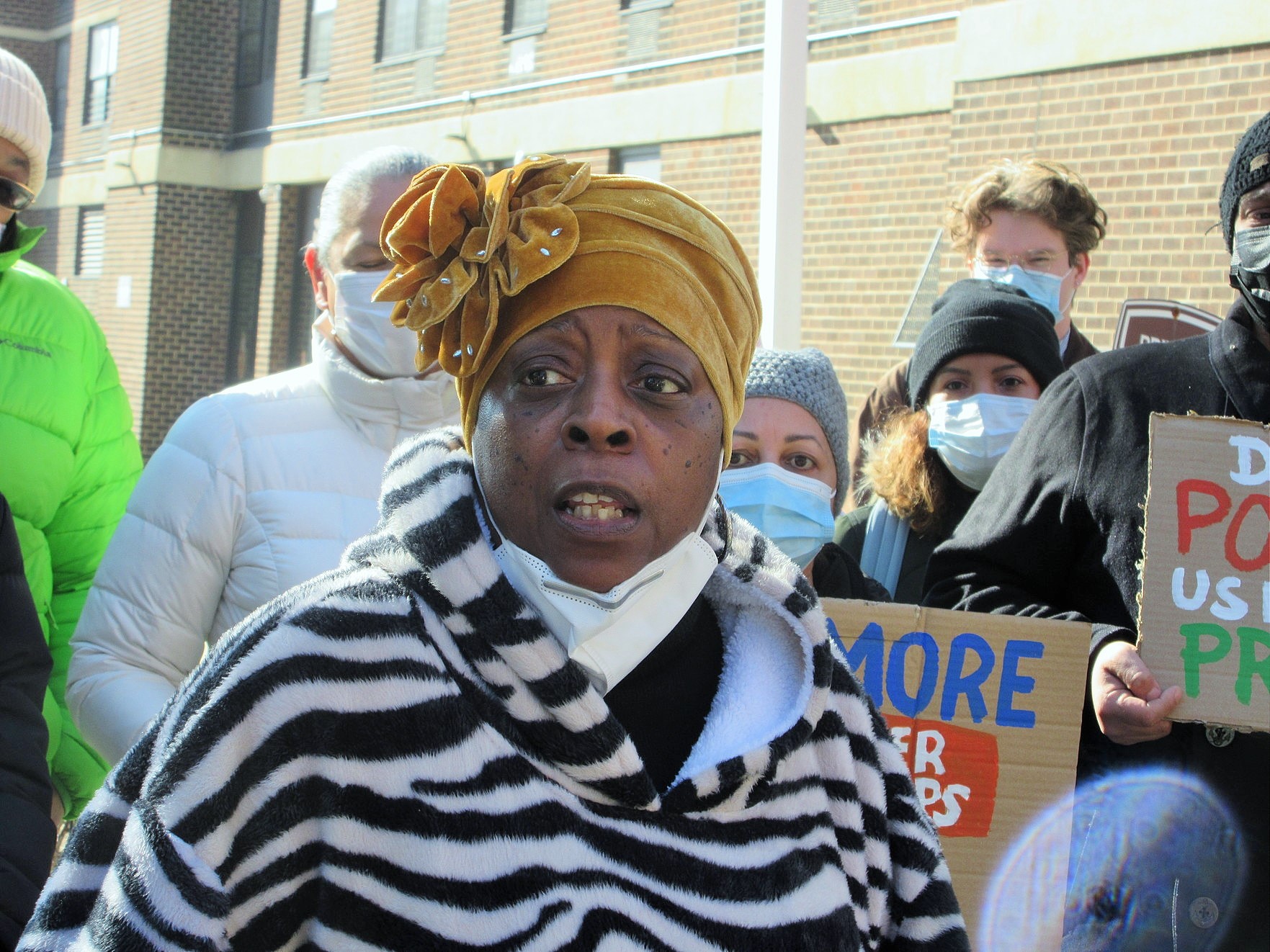 BY DASHIELL ALLEN | In a few months time construction is set to start on two 73-story residential towers in the Two Bridges neighborhood of the Lower East Side.

But before the hotly contested 75-percent luxury residential buildings can rise at 261 South St. — right between two low-income Section 8 apartment buildings known as Lands End — the construction site needs to be remediated.

Similar to the construction site at 250 Water St. in the Seaport District, which was once the world’s largest thermometer factory, the Two Bridges site is “toxic,” once home to a gas station.

That’s why the community is asking for an “independent monitor,” to be paid for by the Mayor’s Office of Environmental Remediation (O.E.R.) and the developer, Two Bridges Associates, to ensure that residents’ safety is prioritized. Two Bridges Associates is a joint venture of CIM Group and L+M Development Partners.

Last month Councilmember Christopher Marte, state Senator Brian Kavanagh, Assemblymember Yuh-Line Niou and Congressmember Nydia Velazquez sent a letter to O.E.R. requesting that it “work with the owners of the site to hire an independent environmental specialist to monitor progress of the Voluntary Cleanup Program and ensure that residents are represented and duly notified throughout the process.”

The politicians’ letter notes the site’s “Remedial Investigation Report,” which identified “contaminants, including several toxic metals and significant traces of petroleum,” that are “attributed to historic fill and the site’s previous use as a gas station.”

In response to the elected officials’ letter, O.E.R. indicated it would allow Two Bridges Associates to start construction before the remediation process ended.

“And the reason why O.E.R., a city agency, said they are going to allow that, is for the developer to get 421-a tax exemption,” before the program expires in June, Marte said. “I haven’t seen anything clearer that says profit over people than that statement by O.E.R.”

In a statement to The Village Sun a representative for Two Bridges Associates said, “We are committed to providing an independent monitor to help ensure a safe remediation process. In fact, we are required to do so by the Department of City Planning and it is memorialized in the Restrictive Declaration that is recorded against the land.”

As reported by The Real Deal, community members, including Marte, as well as then-Manhattan Borough President Gale Brewer, former Councilmember Margaret Chin and former Speaker Corey Johnson, had tried to block 261 South St., plus two other neighboring tower projects — in what, taken all together, is termed a Large-Scale Residential Development project — through several lawsuits, arguing that the combined projects should go through the city’s Uniform Land Use Review Process, or ULURP.

While the area is mostly made up of low-income, mid-rise apartment buildings, it’s technically zoned as a high-density commercial district, seen more commonly in places like Midtown. So the developers argued they could build “as of right” with a “minor” modification to the Two Bridges Urban Renewal Area.

The community lawsuit initially won in court but lost on appeal, and when New York’s highest court declined another appeal, L+M Development and CIM Group had the green light to proceed.

At a press conference Wednesday, longtime residents of Lands End said they fear for their health. Together, they stood in strong opposition to the impending “megatowers.” Ironically, as they talked, they were drowned out by noise from a nearby construction site.

“Health and safety over profit and towers,” said Tanya Castro-Negrón, the chairperson of the Lands End Residents Association. “The developers once were our landlords. They sold our building in December 2020… . They therefore aren’t responsible for the damage these [new] buildings will cause on our buildings anymore. So when the proposal went through to allow these megatowers to go through, it was with the understanding that our landlord would be responsible… . So who is?

She was referring to the disastrous fatal building collapse outside of Miami this past June.

Ever since 9/11, Lower Manhattan residents have suffered from disproportionate rates of asthma, allergies and cancer, leading to the foundation of the World Trade Center Health Program. Locals don’t want to expose themselves anymore.

“Remediation is good but as we make up for the failure of prior generations to protect communities,” Senator Kavanagh said. “We need to make sure we’re doing it properly, and we need to make sure that the community is fully informed.”

Grace Lee, a Downtown activist who is running for state Assembly, successfully secured an independent monitor for the 250 Water St. brownfield cleanup site.

District Leader Daisy Paez put it bluntly: “Good-quality air is an essential of life. How dare anybody try to compromise that. So we are living in a community that’s already been marginalized. It’s not fair now you’re going to take some of the essentials that we need, just to keep on going, for your greed.”

One block away from Lands End, One Manhattan Square, another luxury tower, soaring 847 feet tall, where a one-bedroom condo will set you back at least $1.2 million, was completed as of right in late 2018. Also part of the project, a separate smaller building next door includes affordable housing.

As the first of the Two Bridges megatowers went up, one Lands End resident recalled, “It cracked the ground all the way from there to the South Street Seaport.

“The train runs under here, and we never felt a vibration when we were living here at first. Now we do,” the resident said. “A lot of changes are going on here.”

After the press conference ended, tenant leader Castro-Negrón told The Village Sun about a young man who recently committed suicide, jumping out of 275 Cherry St. — right onto the parking lot where the 261 South St. developers were conducting soil testing.

“The very next day, the developers continued on with the soil testing, as if it didn’t even happen,” she said. “It wasn’t in the news, nobody heard about it, and I think it’s really heartbreaking that we continued moving on with something like this and not acknowledge it,” she said, providing another reason why development should not put profit over people.