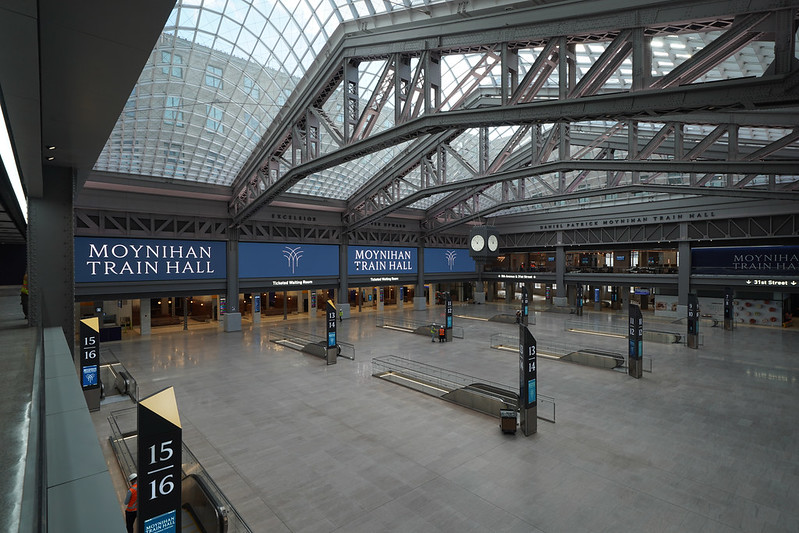 BY THE VILLAGE SUN | Two men were arrested in Penn Station earlier this morning and a large knife and illegal handgun and ammo were seized, “mitigating a threat to the Jewish community,” according to a statement from Keechant Sewell, the New York Police Department commissioner.

At the moment, not many details are being provided about the scope of the threat. However, police are being strategically stationed at sensitive locations around the city, according to Sewell.

Police spokespersons said Sewell’s statement is all that is being released to the media right now and that no follow-up press conference has been announced.

One spokesperson did confirm that the two men have been charged with making terrorist threats and criminal possession of a weapon. It was not immediately clear, though, if the weapons were seized from them at the Midtown transit hub or at another location, such as a residence, for example.

In her statement, Sewell said: “The FBI/NYPD Joint Terrorism Task Force, NYPD Counterterrorism and Intelligence Bureau investigators, working with their law enforcement partners, uncovered a developing threat to the Jewish community on Friday and moved swiftly to gather information, identify those behind it, and operationally neutralize their ability to do harm. By early Saturday, the NYPD’s exhaustive intelligence-gathering led to the arrest by sharp-eyed MTA police officers of two individuals entering Penn Station, in Manhattan, and the seizures of a large hunting knife, an illegal Glock 17 firearm and 30-round magazine, and several other items. As a joint investigation now continues to establish a strong prosecution, Police Department commanders are strategically deploying assets at sensitive locations throughout New York City. And I join all New Yorkers today in expressing my gratitude and pride for the ever-vigilant work of our NYPD women and men — who remain on guard around the clock and every day to protect the peace and ensure no violence can ever come to the city and its people.”