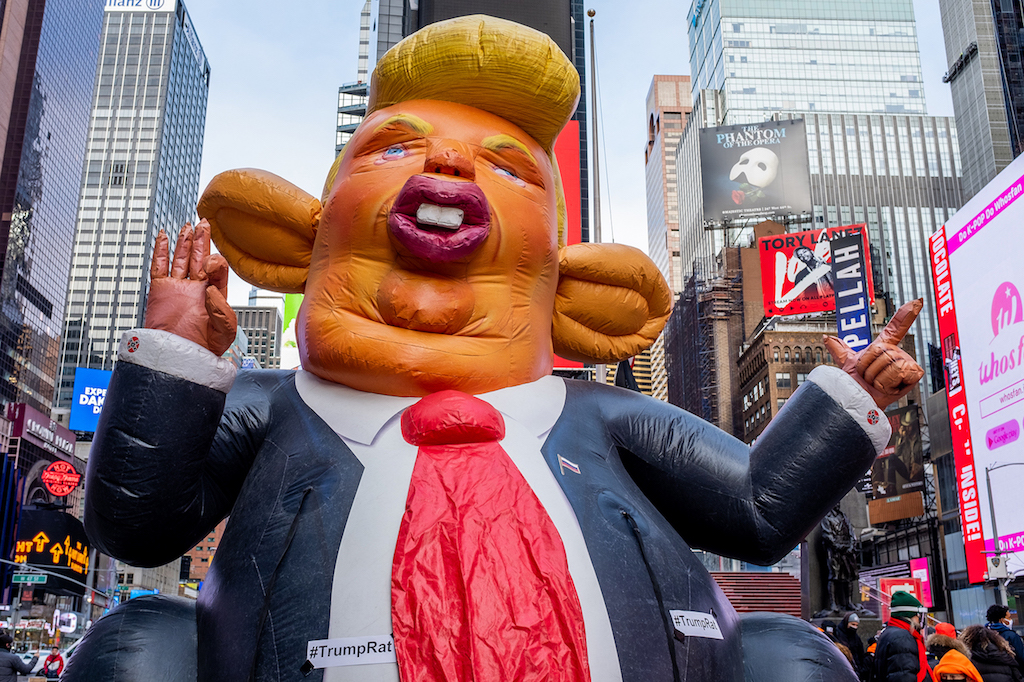 Saturday the inflatable #TrumpRat made an appearance in Times Square at the Trump/Pence Out Now! demonstration organized by Refuse Fascism.

About 75 to 100 people attended the rally, with others watching and walking by at 46th St. and Broadway near the steps. Similar demonstrations were held in cities nationwide.

The Naked Cowboy, a Trump supporter, thankfully didn’t riot. But, always up for some publicity, he jumped into the photos at Times Square.

The “Trump/Pence Out Now!” slogan of Refuse Fascism has certainly taken on new urgency, as we can’t get rid of the Orange Menace fast enough after he incited a disgraceful riot at our nation’s Capitol last week.

Meanwhile, Pence, to his credit at least, upheld his sworn constitutional duty and denied Trump’s calls to refuse to certify the election in certain states.