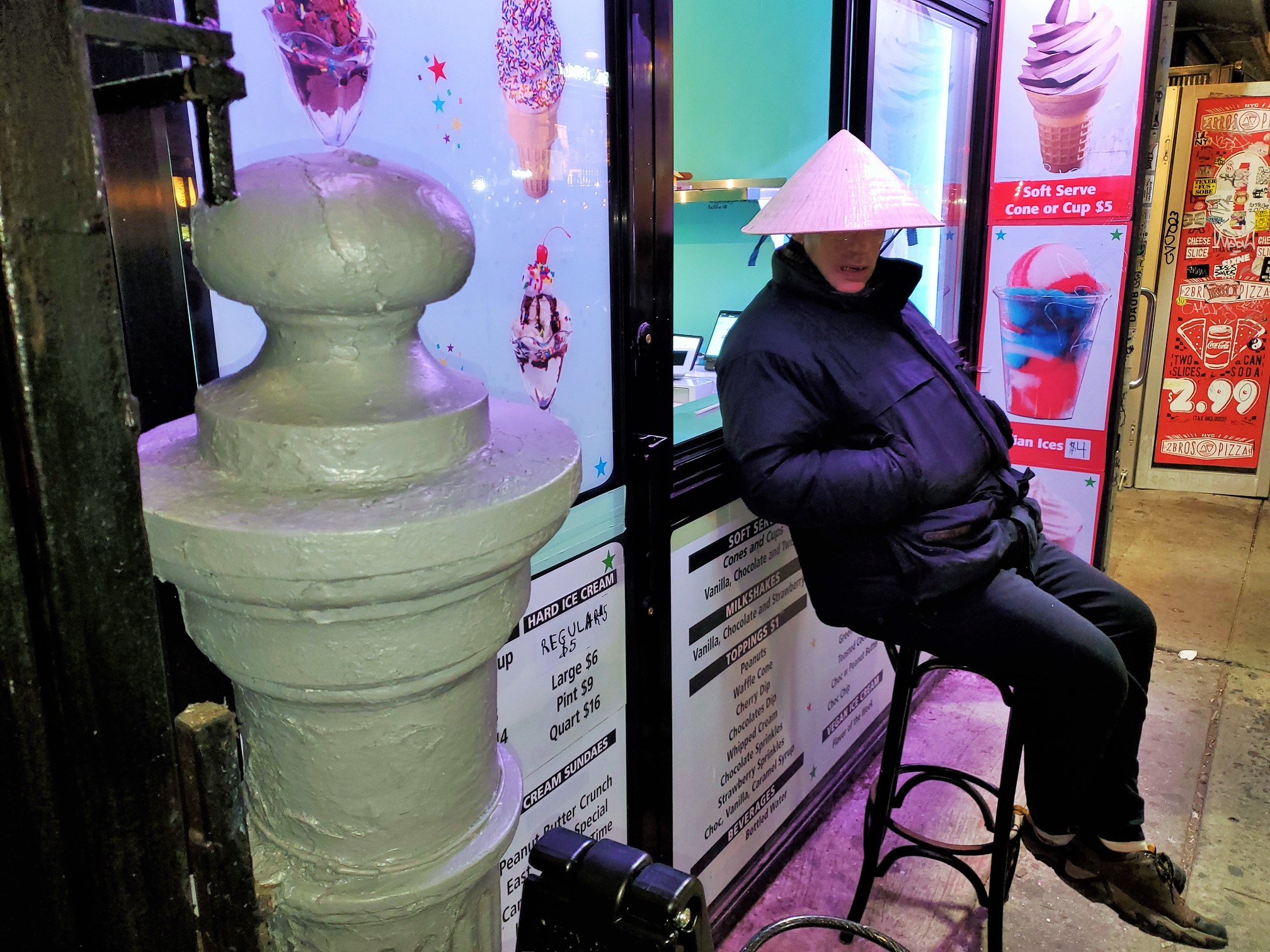 The St. Mark's Lucky Star will soon be post-post. (Photo by The Village Sun)

BY THE VILLAGE SUN | As they say, “How is this thing not like the other?”

Tuesday night, Trigger was manning his new Lucky Star ice cream takeout window on St. Mark’s Place between Third and Second Avenues. But there was something different — namely, the antique cast-iron post to the left of his storefront was no longer painted neon orange!

“Holy s—! It wasn’t like that yesterday!” he blurted out when The Village Sun pointed out that it was gray.

As for the pole, though, he said it’s got to go. It’s currently blocking his store’s door from opening all the way, plus he has to install a roll-down security gate that it would also interfere with. He said he’s going to cut it down and store it in the basement, and has the building owner’s permission to do so.

“The building’s not landmarked,” he noted.

Meanwhile, a Korean dessert shop that’s coming into the storefront on the other side of the stoop is going to keep their post, he said.

At any rate, while the post appears to be going, something new is coming — that is, hot dogs at Trigger’s other Lucky Star store on the Lower East Side at Delancey and Clinton Streets.

“So we start hot dogs at Delancey Street Monday,” he dished.

To hear Trigger tell it, the frankfurter rollout is generating more buzz than a new iPhone launch or sneaker drop.

“People are talking about sleeping outside my store Sunday night to get a good spot on line,” he said. “Literally!”

He didn’t provide a lot of details on toppings, but said there will definitely be onions in Sabrett-style sauce and sauerkraut.

Trigger previously ran the Continental, at Third Avenue and St. Mark’s Place, for 27 years, first as a live-music club, then later as a cheap shots bar.