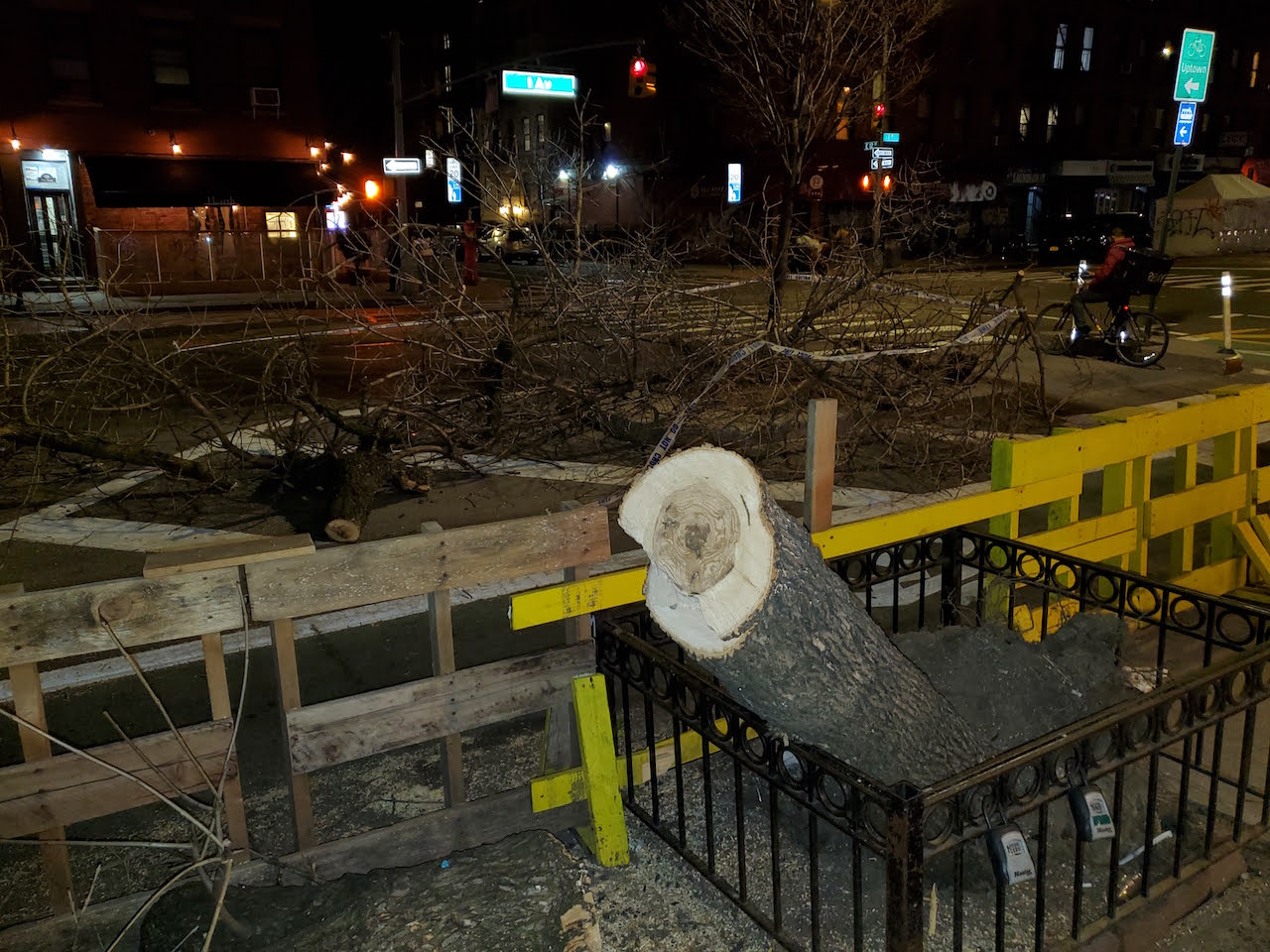 A Con Ed truck reportedly smashed into the branches of a street tree outside Sarita’s Macaroni & Cheese a.k.a. S’MAC, at 12th St. and First Ave., on Monday, yanking it out of its tree pit. The uprooted tree had to be cut down.

As for why the driver of the utility vehicle was going into the bike lane in the first place, a worker at S’MAC said he was going up the street to fix something.

The S’MAC worker did not mention there having been any injuries.