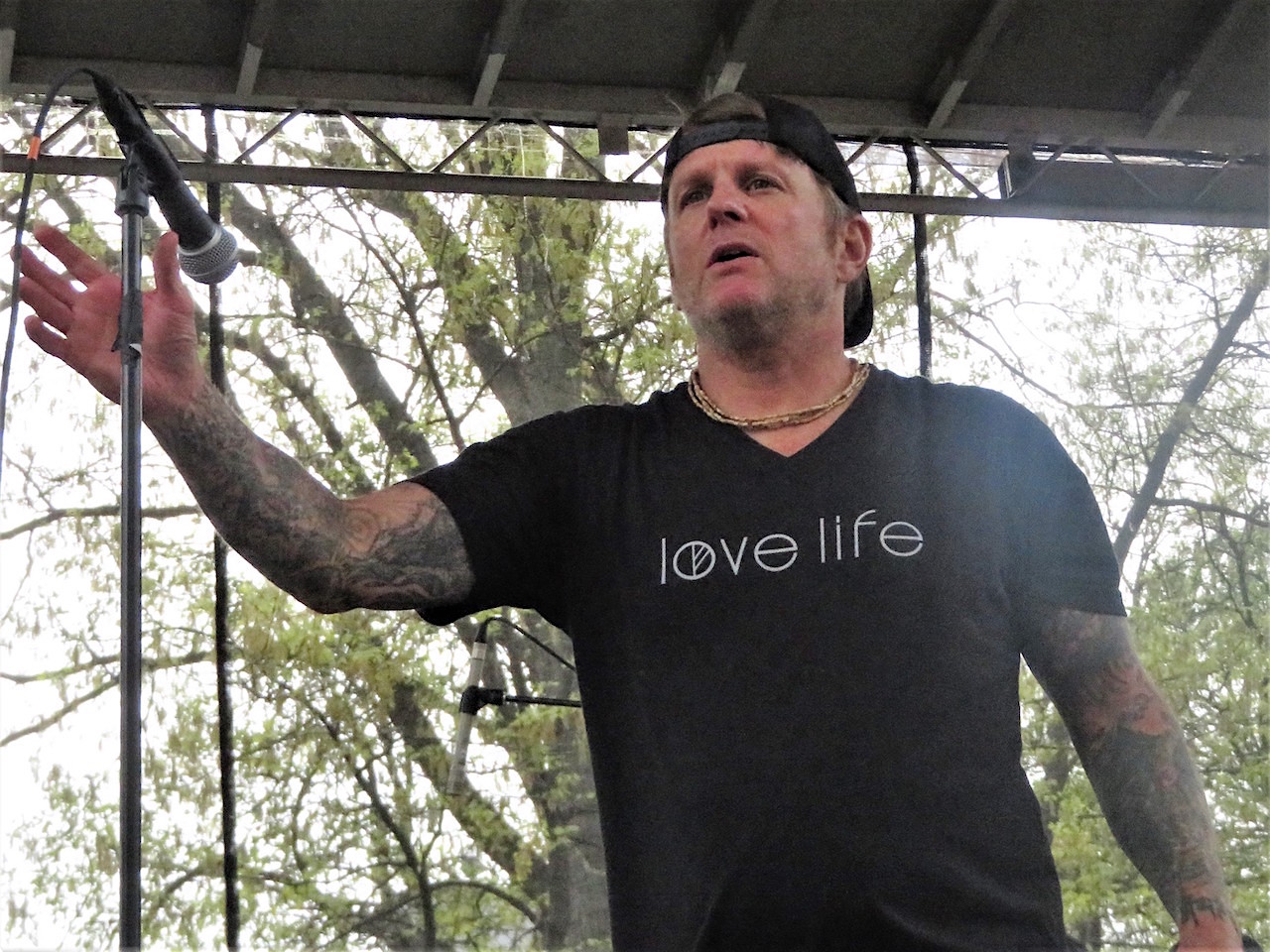 BY THE VILLAGE SUN | Updated June 13, 6:25 p.m. Fans of Sewage, Girl Dick and The Voluptuous Horror of Karen Black will have to wait.

Chris Flash, who was fighting in federal court this weekend for the right to stage a punk concert in Tompkins Square Park this afternoon, said the event is not happening.

“No show today,” he told The Village Sun shortly after 3 p.m. “The lawsuit still stands, with others to follow… .”

Asked who other potential lawsuits might target, Flash responded, “To be announced… .”

La Plaza Cultural community garden, at E. Ninth St. and Avenue C, was being eyed as a fallback location for the show. However, Bill De Paola, the garden’s events coordinator, said the last-minute effort did not pan out.

“We tried to contact GreenThumb and, I guess because it was the weekend, they never got back to us,” he said. “So we were unable to accommodate Chris, sadly.”

GreenThumb, part of the Parks Department, oversees more than 550 community gardens that are on public and private property in New York City.

Flash’s current lawsuit, filed in U.S. Southern District Court on Friday, is against the city and the Parks Department. Flash charges that the Parks Department has unfairly stripped him of permits he received to hold shows in the park on seven dates in 2021.

Parks revoked the permits after an April 24 concert that Flash and Black N Blue Productions co-organized drew a crowd of 2,000 to Tompkins Square Park. Parks said that face-mask wearing and social distancing were not enforced, that there was “alcohol consumption” at the concert, and that the crowd number violated the 200-person cap for such events, per a Mayor de Blasio pandemic executive order. But Flash said all of those things were basically out of the organizers’ control and that it was unreasonable to have expected the organizers to enforce them.

In addition, he said, Parks sent media outlets a voided permit for the event — which included his contact information — that mischaracterized it as having a 9/11 theme. He claims that some outlets, including Gothamist and WPIX, despite having his contact information from the document, did not do a fact-check with him before making their reports.

According to the article, “The permit application for ‘September 11 Memorial’ was submitted on November 2nd, 2020…with an email associated with The Shadow, an underground newspaper distributed on the Lower East Side.”

Flash is the publisher and editor of The Shadow.

Flash stressed that while the original application for the event, in fact, was for Sept. 11, 2021, Parks later changed the event’s date to April 24, and that the amended permit did not describe it as a 9/11 memorial.

The WPIX article claimed that the outlet did try to reach the concert organizers for comment but could not do so. However, Flash says that is not true, and that while he reached out to WPIX requesting a revision or retraction, it refused to so so.

Flash said he has requested retractions or revisions to the Gothamist article, in particular, but in vain. He has indicated that what he calls these one-sided stories are “actionable.”

An “Inside Edition” segment, though definitely hyping the concert as a bogus 9/11 event, included a response by Flash’s co-organizer, Joe Cammarata of Black N Blue.