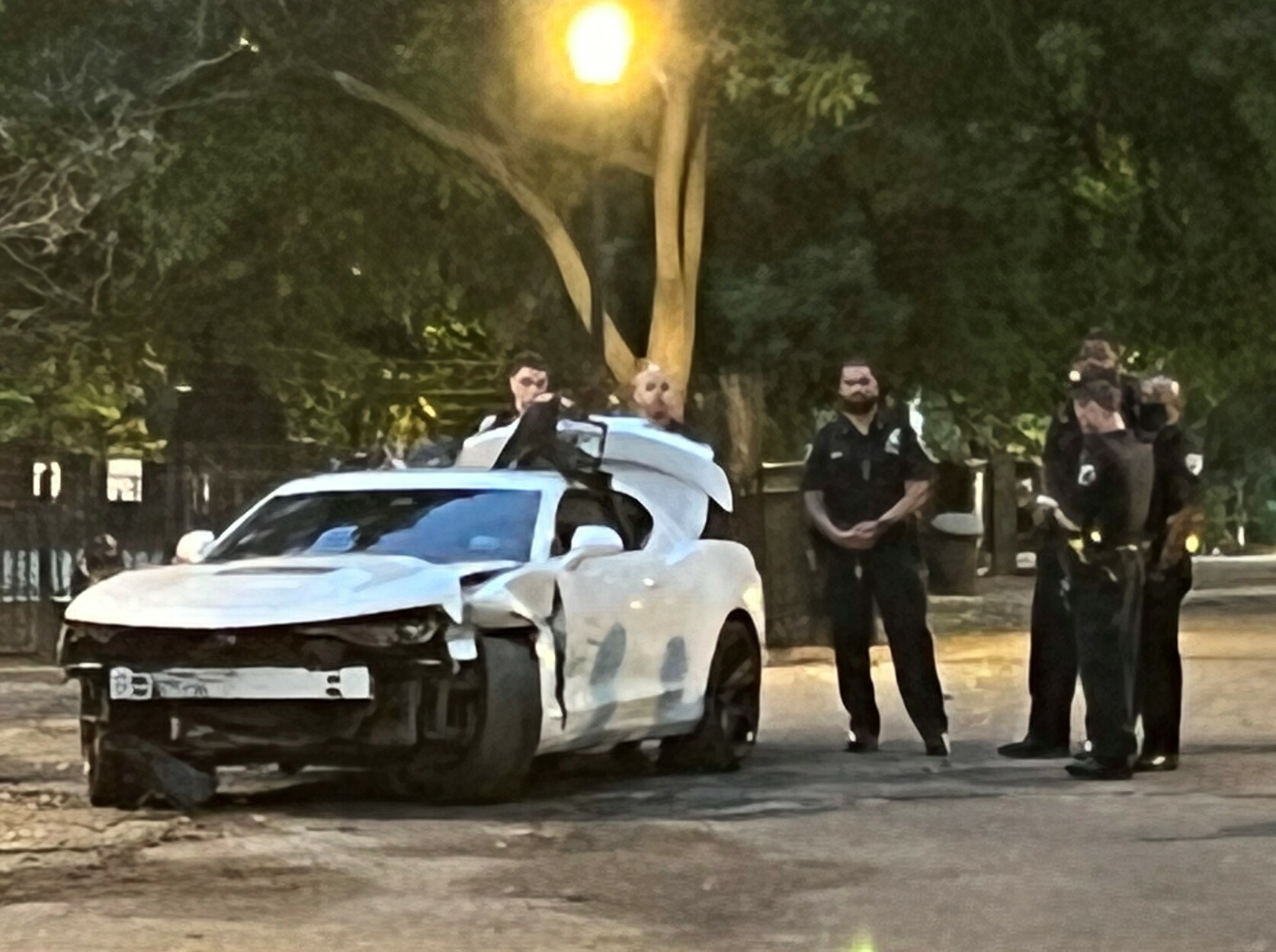 BY THE VILLAGE SUN | Updated Aug. 12, 5:15 p.m.: An allegedly boozed-up driver from the ’burbs crashed his car inside Tompkins Square Park early Tuesday morning, at E. Ninth Street near Avenue B, in the latest bizarre “cars gone wild” moment in the East Village park.

A police spokesperson told The Village Sun that Erick Vera, 26, a resident of Patchogue, Long Island, was driving northbound on Avenue A around 3:15 a.m. in a 2021 Chevy SUV when he decided to hang a right into Tompkins Square Park.

“I guess he thought he was turning onto E. 10th Street,” the spokesperson said. “He entered the park, where he lost control of the car and crashed into a fence and some benches.”

Vera drove all the way through the park from west to east, crashing just inside its Ninth Street entrance across from the Christodora House luxury residential condo building on Avenue B.

Luckily, there were no injuries. Vera was arrested and charged with driving while intoxicated.

It was the second “weird car car-on-park incident in two days,” said Christopher Ryan, who took these photos.

The day before, he noted, “There was the guy with the shovel beating the lady, later driving in the park — never arrested per EV Grieve.”

Video posted by EV Grieve shows a driver gunning a silver Nissan through the park along the path from the Temperance Fountain toward the chess tables as people hop out of the way.