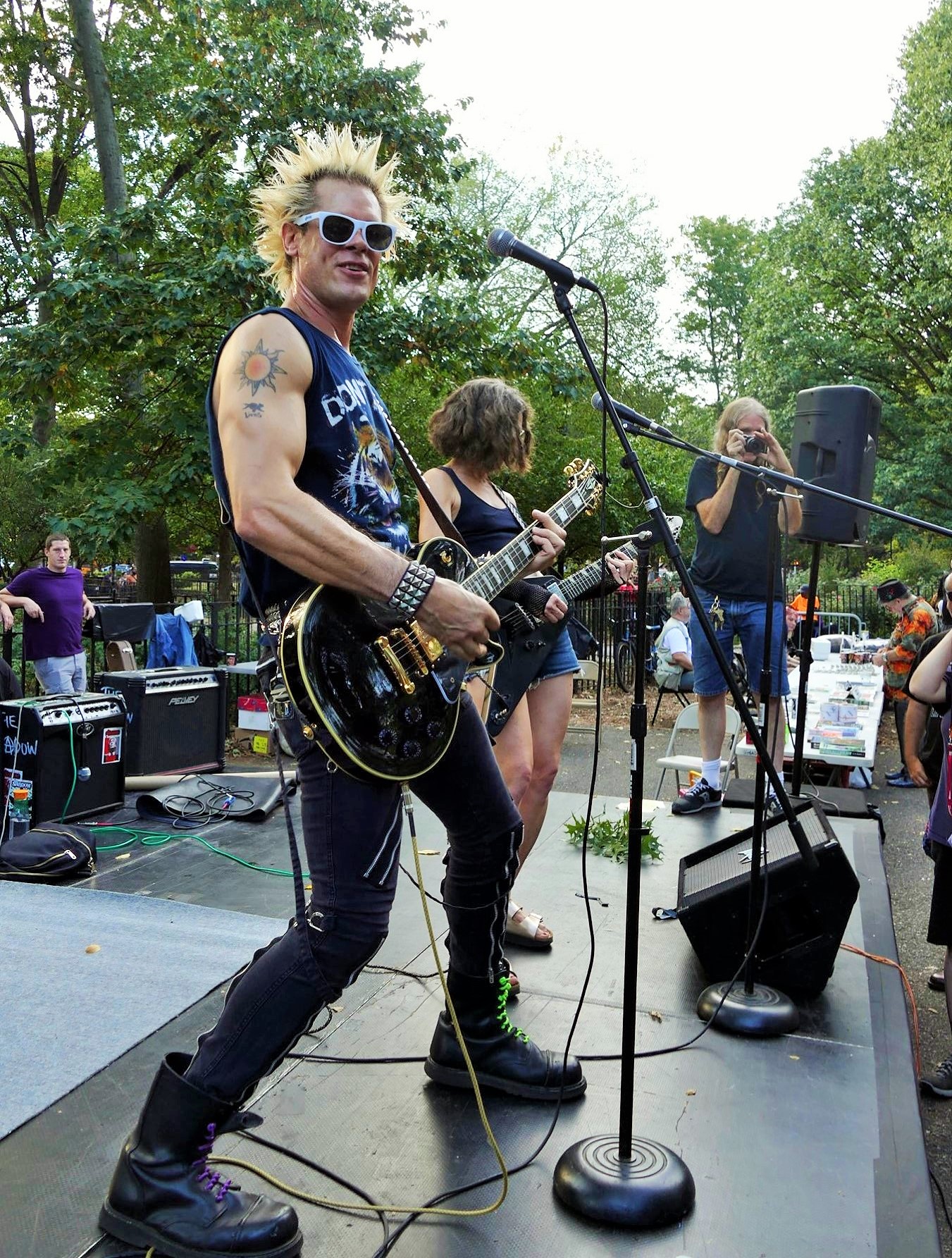 Sewage, featuring Spike Polite, is one of six bands slated to play at Sunday's show, whether at Tompkins Square Park or an alternate location. (Facebook)

BY THE VILLAGE SUN | It’s coming down to the wire.

Chris Flash, a longtime organizer of punk rock concerts in Tompkins Square Park, said he is awaiting word on whether he will have the proper permits to stage a show there on Sunday from 2 p.m. to 6 p.m.

Following an April 24 hardcore punk show that he co-organized in the East Village park that drew 2,000 people — and received sensationalized media coverage — the Parks Department revoked permits Flash had already obtained for a slew of shows in 2021.

Charging he was smeared by Parks, Flash filed a lawsuit on Friday in federal court to force the department to issue him a permit for Sunday’s show.

Asked on Saturday night around 10 p.m. if he had obtained the document, he said not yet.

“Any f—ing minute now,” he said. “The permit is going to come from Parks or the judge’s order will force them to issue the permit. If it’s not received in time, we hope to have a backup location.”

The event would also need a permit for amplified sound, which the police would have to issue. But Flash is confident if he gets the Parks permit, the sound permit will follow.

“N.Y.P.D. is waiting on the Parks permit,” he explained.

Although The Village Sun is aware of one possible alternate site that is being considered, Flash asked that the location not be publicly divulged until things become clearer on Sunday. If there is a change of venue for the show, it will no doubt be announced on the Facebook event page.