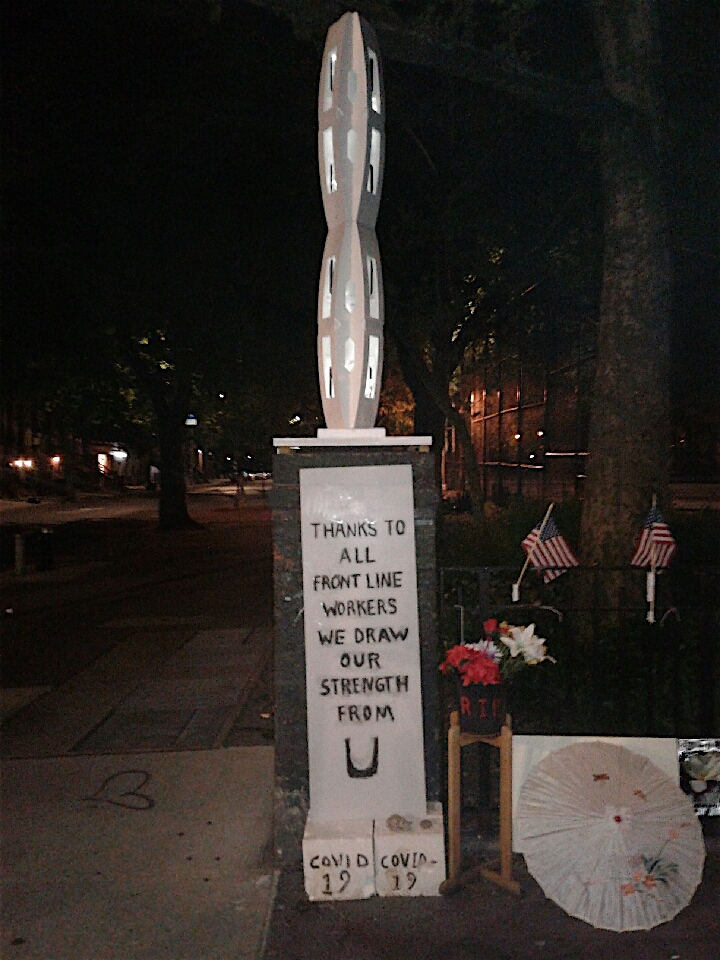 The latest incarnation of the Tompkins Square COVID memorial. (Photo by The Village Sun)

A COVID-19 memorial at Tompkins Square Park that has gone through some transformations recently underwent another.

It now sports a new modern sculpture atop the pillar at the park’s northwest corner.

The memorial started out keeping a running tally of deaths from the virus, both around the world and in New York City.

It was first created by Jim Conboy as a memorial to his brother Edd Conboy.

According to Jane McNichol, Edd’s sister-in-law, Jim created the corner shrine because he was unable to bury or hold a memorial for his brother due to the pandemic.

EV Grieve reported that, according to social media posts, Edd Conboy was a licensed therapist and director of social services at Broad Street Ministry in Philadelphia who died of a stroke just before his 70th birthday.

Shortly after that report, the New York Post also profiled Jim Conboy, who is an artist, and the memorial. Conboy told the tabloid that while the structure had started out as a way to honor his brother, he removed Edd’s name from it after a few days.

“It has become bigger than him,” Conboy said. “I paid my respects. I had my closure.”