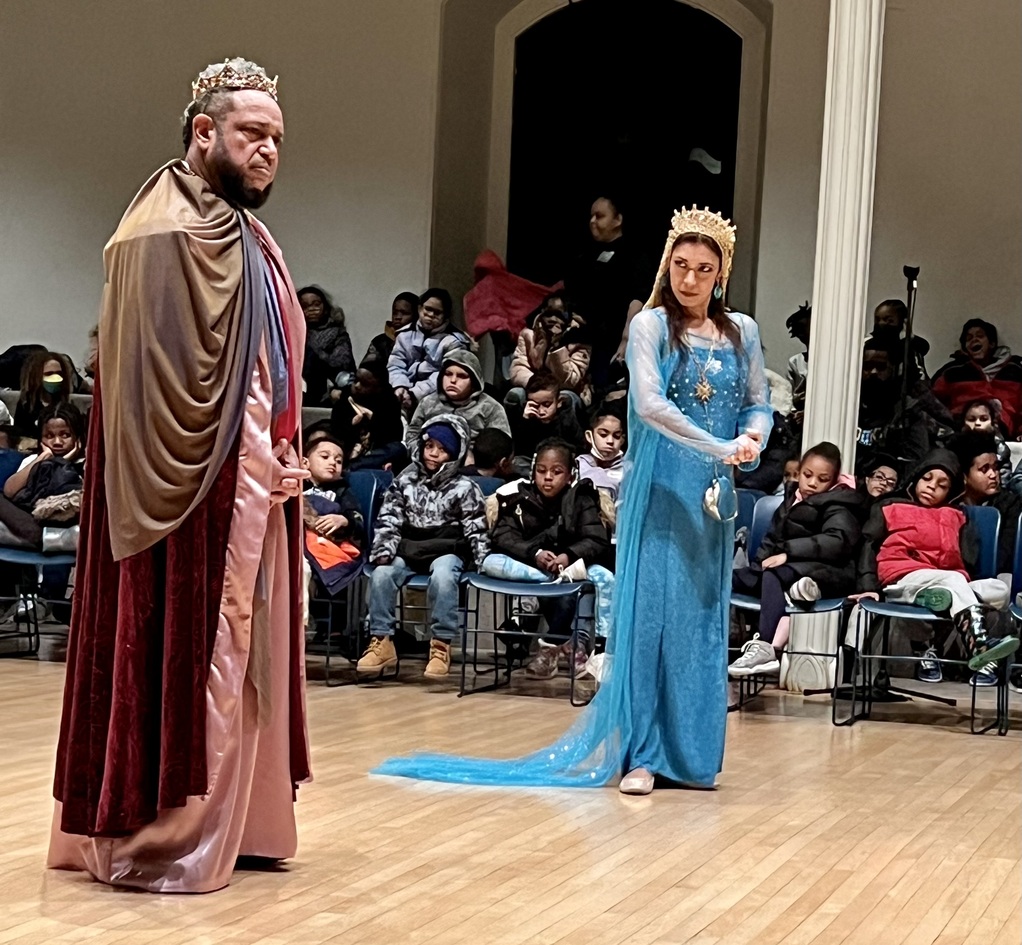 BY BONNIE ROSENSTOCK | Three Kings Day (Los Reyes Magos), also known as Epiphany, is celebrated on Jan. 6 throughout the Spanish-speaking world. It is the day that the three kings followed a star and brought gifts to the baby Jesus. In the Puerto Rican community of Loisaida this day was especially significant because of Angie Hernandez’s comeback “Gifts of the Magi” and the long-awaited hope that CHARAS might also find its way home.

“Gifts of the Magi,” written and directed by Hernandez, was performed before an overflowing crowd of adults and children at St. Mark’s Church in the Bowery, at 131 E. 10th St., for the first time with a live audience at the church since 2009. Last year, the performance was recorded without an audience, edited and then streamed due to the COVID pandemic. (This was the 10th year live at the church and 11th year total, counting the pandemic.)

Hernandez, who was battling cancer and chemo at the time, mounted the show with the loving support of the community and cast, which gave her strength and inspiration. This year, although still not cancer free, at rehearsals she looked stronger and more energetic and with a full growth of hair. Unfortunately, being immune compromised, she contracted COVID and wasn’t able to attend the performance, but her signature on the ever-evolving tale of the birth of Jesus was undeniable.

When originally performed at CHARAS/El Bohio, on E. 9th Street between Avenues B and C, it was five minutes long, meant to accompany gift-giving to local children at the behest of Carlos “Chino” García, co-founder of the beloved cultural center. Now the bilingual production weighs in at about 45 minutes with more characters, music and dance.

Frank González, a local entrepreneur, community leader, co-founder of LES CommUnity Concerns and Loisaida Wellness and a chaplain, played the High Priest this year (adult Jesus last year). Speaking about his second appearance in the show, he said, “It’s tradition, it’s culture, it’s history, and I’m superproud to partner with Angie Hernandez and Chino García, who were the ones who told me about the great history of this event.”

“It’s been a way for our mother to not only engage the community, but also engage her children, grandchildren and family,” he said of the performance piece. “Some people have barbecues. My mother puts together a play. It’s a beautiful way to celebrate a biblical story that has to do with celebrating Christ.

“We had a tough upbringing, but through Christ there’s been a transformation for her, so she wants to share that love and unity through this play,” he said. “My role is a symbolism for the challenges we face in life, and despite the Herods of the world, we get to celebrate new life.”

His youngest brother, Ivan Calcano (who played the Astronomer), flew up from Jacksonville, Florida. Calcano is a singer, writer, producer, vocalist with Sealed by Christ and owner of Asaph Elements, which provides audio recording equipment.

“I’ve been a part of this from the beginning. I stopped when I moved to Florida, but I wanted to surprise my mom.” He noted, jokingly, “It’s a lot longer than the original five minutes.”

The festivities kicked off with a parade starting from the Loisaida Center, at 710 E. Ninth St., at 3 p.m. García led the procession in a car draped with the Puerto Rican flag, followed by five women from Batalá, a local all-women Afro-Brazilian percussion band. Walking and dancing behind them were community members, local activists, small business owners and spiritual leaders, among others. The parade wended its way toward the church for the 4 p.m. performance, with a special stop at the old P.S. 64, the former home of CHARAS, to celebrate building owner Gregg Singer’s court-ordered forced sale amid foreclosure on the property.

Assemblymember Harvey Epstein, who represents the Lower East Side, said he still remembers when the community arts center was evicted on Dec. 27, 2001.

“It was such a terrible loss,” he said. “Now we have an opportunity to try to get the mayor to commit to getting this building back for all of us. There’s a very small window to do that. Our community needs a center that we can use for our children, our families and our neighborhood.”

“We’ll do everything we can to get it back,” said Morales, who grew up in the nearby Jacob Riis Houses.

Just as last year, a camel held court in front of the church, thanks to Soto’s efforts. The five-year-old dromedary named Chesney resides Upstate at Clover Hill Farm in Newburgh, and spent a few hours delighting onlookers.

After the performance, children from the Henry Street Settlement and other local organizations were ushered outside to the courtyard and rewarded with a gift from the three magi.