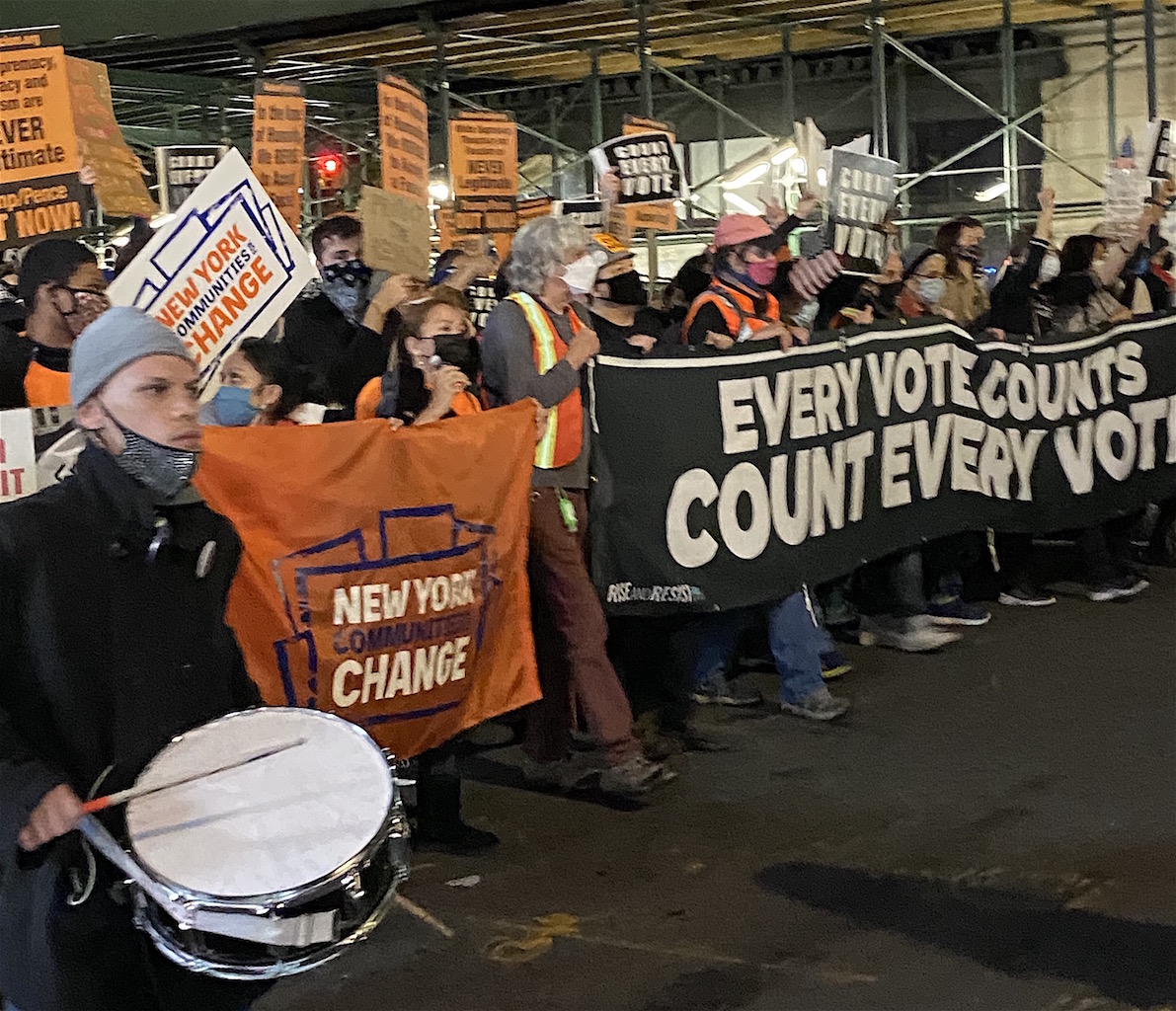 Marchers made their way down Fifth Ave. warning that the election results must be protected from Donald Trump's efforts to cut the counting short. (Photo by Arthur Schwartz)

Thousands march down Fifth Ave. to ‘protect the results’

BY ARTHUR SCHWARTZ | Wednesday afternoon, as part of a national “Protect the Results” effort, 3,000 marchers made their way down Fifth Ave. from the New York Public Library — accompanied by a police escort! — to Washington Square Park.

The march was part of coordinated nationwide effort by a broad coalition of organizations to resist efforts by Donal Trump to interfere with the completion of the presidential election vote count.

The demonstrators, while they marched, heard that Fox News had called Michigan and Wisconsin for Biden, so the mood was jubilant.