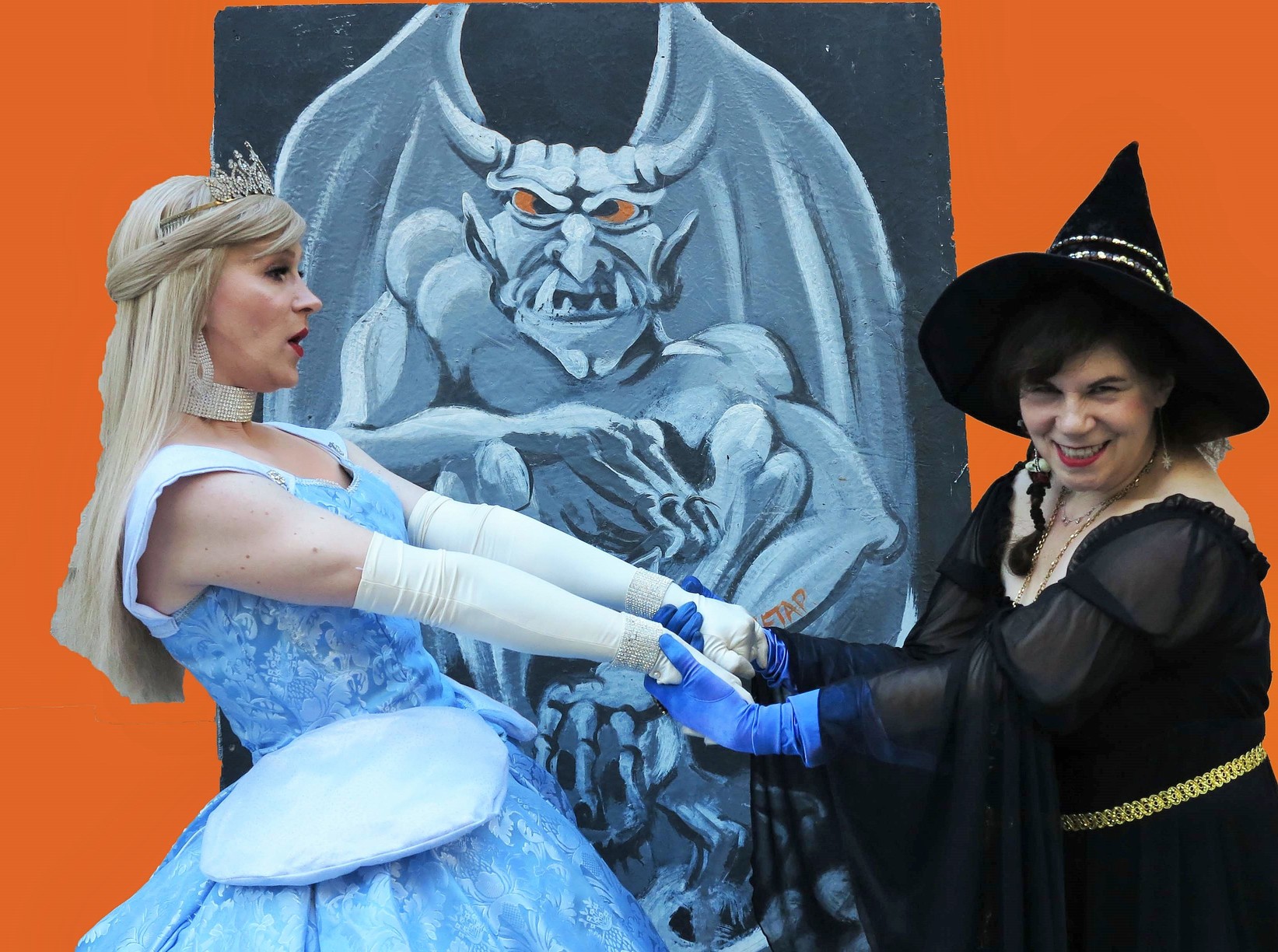 Get ready for ghoulish good times at the TNC Village Halloween Costume Ball.

Theater for the New City is taking its annual Village Halloween Costume Ball, a tradition for nearly 50 years, “on the road” — or make that, “onto the road” — this year with big bands, dancing in the street, singers, dancers and more, holding the party outdoors on E. 10th Street.

The theater, which for decades has been throwing a Halloween ball complete with conventional and unconventional costumes at 155 First Ave., is resuming one of the region’s longest-running Halloween traditions this Sun., Oct. 31. Entertainment will start in the afternoon and continue late into the evening.

TNC has always been free thinking, but for the first time the Halloween ball is also free. Unlike most years, when admission is $20, this year it’s gratis, plus the festival is outdoors, including big bands and a huge dance floor as E. 10th Street will be closed down from First to Second Avenues.

Performers are slated to include F. Murray Abraham and a diverse roster of artists, ranging from Cobu, an all-female Japanese dance and drum group, to performance artists. Additional information is available at theaterforthenewcity.net and through contacting the theater at 212-254-1109.

“We’ve been doing the Village Halloween Costume Ball for many years, but always inside,” said Crystal Field, TNC’s executive artistic director. “This year, audiences are all on the outside.”

“We’ll have dance bands in the street for dancing in the street,” Field said. “And we’re going to have performances.”

Art Lillard’s Heavenly Swing Band and Mr. Pablo’s Latin Dance Band are on the bill for the ball, along with dozens of other performers. “The Red and Black Masque,” an ensemble piece with 19 actors and audience participation, will be performed. TNC will present performances at its Chop Shop on E. 10th Street just west of First Avenue, opening a section of its set-building shop to the sidewalk as a theater for a celebration of music, dance, theater and the arts, as well as Halloween.

“We originated that parade, but of course it wasn’t what it is now,” Field said of her and TNC’s role in helping launch the Village Halloween Parade, which, in its earlier years, snaked from Jane Street to Washington Square Park. “This Village Halloween Costume Ball is an adult festival, but children are invited.”

All performers will be vaccinated. In addition to performances, there will be dancing in the (closed) street and beer, wine and hot apple cider sold as a walk-through window sale. There will also be a table for children manned by the face-painting artist Lytza Colon.

“We’re going to keep the flaps on the tent up unless it’s windy and rainy,” Field said of performances that will occur in a big tent. “We’ll cover the stage and the audience with tents this year.”

Theater for the New City is located at 155 First Ave., between Ninth and 10th Streets. For more information call 212-254-1109 or visit theaterforthenewcity.net.