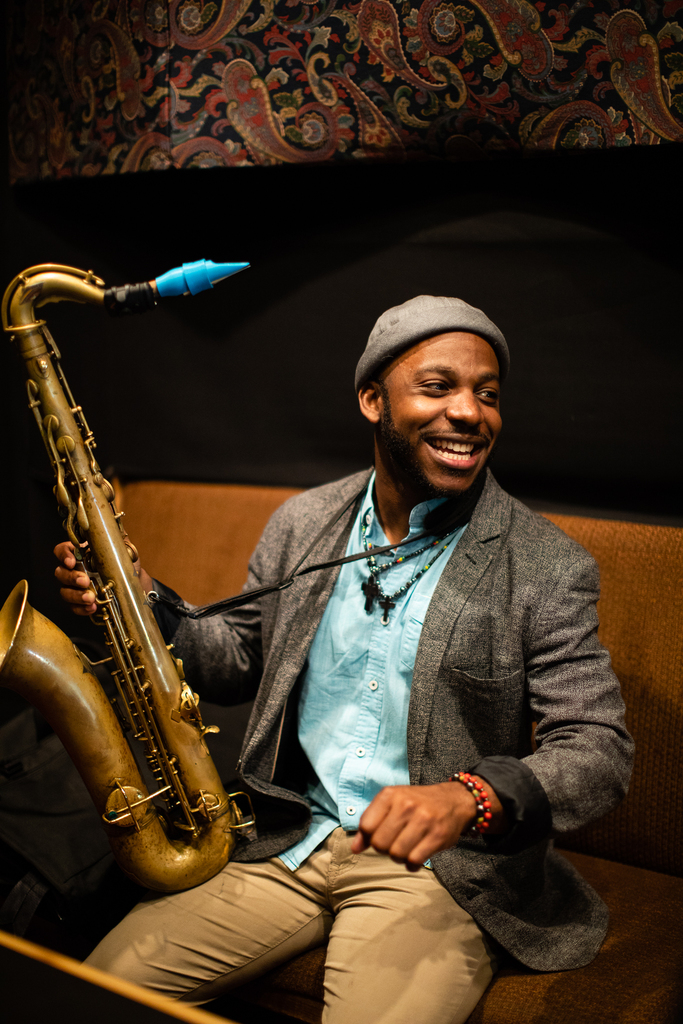 The joy of sax: Tivon Pennicott to close out Washington Square Music Festival

BY THE VILLAGE SUN | The season finale of the Washington Square Music Festival on Tues., June 28, will feature Tivon Pennicott and Strings.

The al fresco concert will start at 8 p.m. by the Garibaldi Plaza on the park’s east side. The rain space is Judson Memorial Church, at 55 Washington Square South.

The festival’s artistic director Lutz Rath will conduct. All the pieces will be by Pennicott, except for a couple by vocalist Vanisha Gould, arranged by Pennicott.

On screen, Pennicott has become a fixture on “The Late Show With Stephen Colbert” as a regular member of the Stay Human Band with Jon Batiste, an artist with whom he has played a weeklong engagement at The Village Vanguard.

A Georgia native living in New York City, Pennicott earned his bachelor of arts in music from the Frost School of Music at the University of Miami. As a player, Pennicott expresses an evolving sound — the result of a soulful and sophisticated foundation for groove he honed in the church and through his Jamaican heritage, and a penchant for harmonic exploration that reflects the depth of his ear.

Pennicott most recently self-released his sophomore recording in fall 2020, “Spirit Garden,” featuring a 26-piece string orchestra alongside several combinations of a chordless quartet.

Vocalist Gould came to New York in 2015 from Simi Valley, California. Inspired by artists like Billie Holiday, Sarah Vaughan, Joni Mitchell, Carmen McRae and Ella Fitzgerald, she has successfully created her own sound as a composer and band leader.

Tuesday’s concert will complete another successful summer season of the park festival. Peggy Friedman, its director, shared a quote from an audience member, Stephen Kaldon, a graphic designer, who recently chanced upon one of the concerts and was blown away.

“I was walking through Washington Square Park one night, and came across a full orchestra and opera singer performing in the dark, in the middle of the park,” he said. “It was one of the most beautiful and surreal moments I’ve experienced in my life.”

Although the park nowadays often looks more like an outdoor vendors market, including weed vendors, Friedman said the pot purveyors have cooperatively moved their tables out of the way for the festival concerts — though not too far away, hoping the festivalgoers might want to indulge.