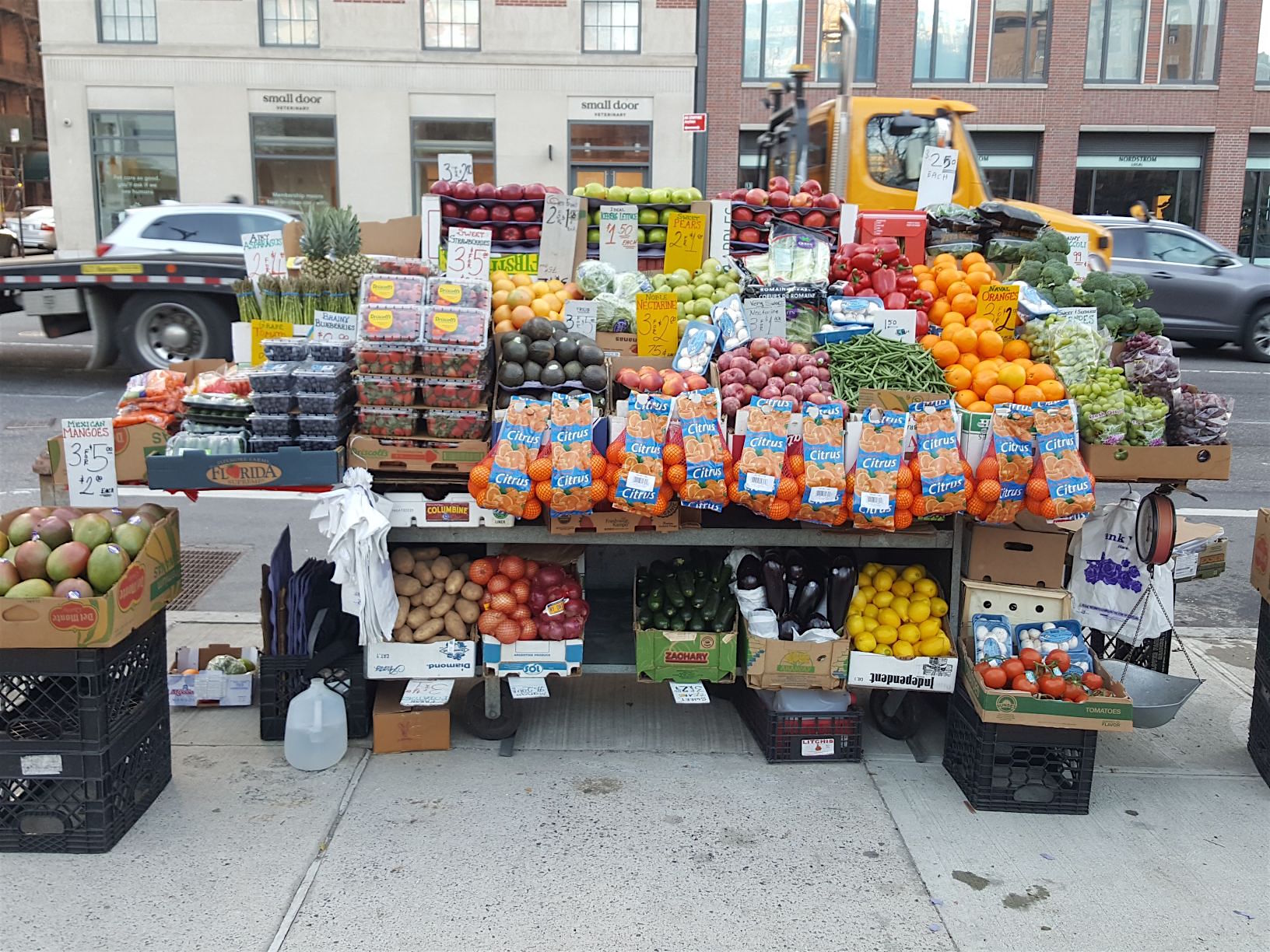 Be fruitful and multiply customers. (Photo by Arthur Schwartz)

The fruit of advocacy: Harry the fruit man returns to his corner spot

BY ARTHUR SCHWARTZ | Harry Almendar has worked the corner of Seventh Ave. and 12th St. with his amazing fruit cart for more than 20 years. The last few have been quite rocky, but on March 23, after a 16-month absence, Harry has returned to his space, now in front of the AIDS Memorial Park!

Up until 2018 Harry worked that corner, which was bordered by a utility building run by St. Vincents Hospital. He served hospital workers, visitors and hundreds of people each day on their way to and from the subway station at 12th and Seventh.

When St. Vincent’s closed, as part of the zoning deal that allowed luxury condos to be built, the whole triangle bordered by Greenwich Ave., 12th St. and Seventh Ave. was given to the New York City Parks Department. With community input (while I was chairperson of the Community Board 2 Parks Committee) the Parks Department created a memorial to the thousands of AIDS patients treated at St. Vincent’s Hospital. Until 2018 Harry had gotten his permit from the Department of Consumer Affairs.

One day in October 2018 he received a summons, and had his merchandise seized, because he didn’t have a Parks Department permit. Harry called me and I called Parks to complain: They weren’t issuing permits. A change.org petition followed, which I forwarded to the Parks Department, and they agreed to let Harry work the corner, without a permit, until they put out an request for proposals (R.F.P.).

Things went O.K. until Halloween 2019, when as part of the parade prep, the New York Police Department came by when the cart was being worked by an employee, and towed it away. I went with Harry several days later to the Office of Administrative Trials and Hearings, got the ticket dismissed, and helped Harry get his merchandise and cart back.

Shortly afterward, the Parks Department issued an R.F.P., and I worked with Harry to set up a corporation, get insurance, and make his application.

In March 2020, a week before the pandemic closed the city down, Harry was notified that he had been the top bidder. But not only was the city closed, the Parks Department was, too.

Earlier this month, after the Parks Department began stalling (they had awarded him the wrong kind of permit), I wrote to Commissioner Mitchell Silver, as Village district leader, and Harry got permission to open.

Schwartz is Democratic district leader for the 66th Assembly District, Part A; a principal attorney at Advocates for Justice; and a candidate for City Council in the Third District (Greenwich Village, Chelsea, Hell’s Kitchen).