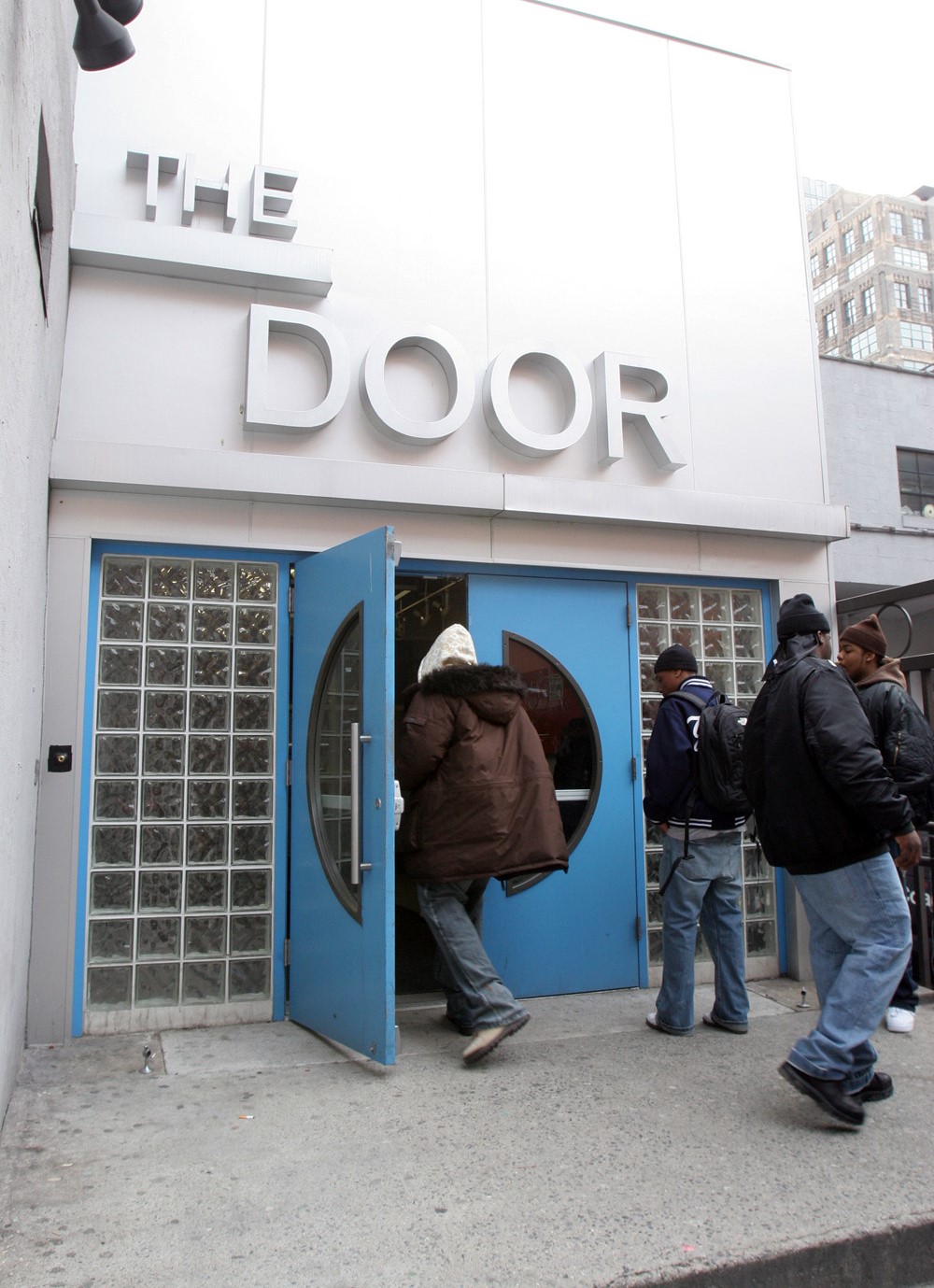 Students entering The Door on Broome Street in March 2007. (Photo by © Jefferson Siegel)

BY LINCOLN ANDERSON | Updated Feb. 4, 1 a.m.: The door count for medical visits at The Door was falsely inflated by two to three times the actual number during a seven-year period, raking in millions in fraudulent funds for the Soho nonprofit. That’s according to a stipulation that the youth services provider signed last week with the U.S. Attorney for the Southern District.

Under the settlement, The Door has agreed to pay the U.S. $2.7 million and New York State $10.2 million, for a total of $12.9 million. The payment to the federal government must be made within 14 days of the signing of the Jan. 27 stipulation.

Damian Williams, the U.S. attorney for the Southern District of New York, and Scott Lampert, special agent in charge of the U.S. Department of Health and Human Services Office of Inspector General New York Regional Office, announced on Wednesday that the U.S. had filed and settled a major civil fraud lawsuit against The Door — A Center for Alternatives, at 555 Broome St., at Sixth Avenue.

The federal complaint alleges that The Door violated the False Claims Act by fraudulently overreporting the number of visits to its healthcare facility. This resulted in The Door receiving excessive funding from the Indigent Care Pool, a program funded by both the federal government and New York State that reimburses certain healthcare providers for uncompensated care given to low-income New Yorkers.

The Door is a healthcare provider enrolled in the Medicaid program and provides a wide range of medical services, including primary care services, sexual and reproductive care, contraception, eye care services, dental services, dermatology and nutritional services to both Medicaid beneficiaries and the uninsured.

The settlement was approved by U.S. District Judge Alvin Hellerstein.

“This office will remain vigilant in protecting public funds that are designated to help low-income New Yorkers,” U.S. Attorney Williams said. “The Indigent Care Pool is a limited source of funding meant to be shared among healthcare providers throughout New York State, in order to further the goal of providing healthcare to all who need it. Through its misconduct, The Door received an excessive share of this funding at the expense of other healthcare providers that were similarly trying to provide services to low-income New Yorkers, and has now been held to account.”

As described in the complaint, The Door was required to report the number of “threshold visits” to its facility on cost reports annually filed with the New York State Department of Health.  A threshold visit, by definition, occurs “each time a patient crosses the threshold of a facility to receive medical care without regard to the number of services provided during that visit.”

In the stipulation, The Door also admitted it was aware of the correct definition of threshold visits.

Also, according to the U.S. attorney, on Dec. 4, 2014, The Door’s then-chief financial officer (who served as C.F.O. throughout the covered period) sent an e-mail to a data analyst employed by The Door, noting that threshold visits must be counted based upon the number of visits to the facility, not based upon the number of services provided during a visit.

From June 2000 until October 2020, University Settlement was designated as The Door’s sole corporate member and provided The Door with its key management executives, including its chief executive officer and C.F.O., under a management services agreement.

The federal complaint was filed in June 2019, sparked by two whistleblowers, Kirsten Rogers and Juan Gonzalez.

The whistleblowers, who are referred to as the “relators” in the stipulation, claimed that both The Door and University Settlement “violated the FCA [Fair Claims Act] by overstating the number of Threshold Visits to The Door’s D&TC [diagnostic and treatment] facility on its Cost Reports.” However, the investigation did not bear out any culpability on University Settlment’s part.

According to the stipulation, The Door has agreed not to make any public statements, including in a press release, on social media or otherwise online or through attorneys, that contradicts its “admitted conduct” or suggests that this conduct was not wrongful.

In a statement to The Village Sun, Kelsey Louie, The Door’s C.E.O., said none of the individuals involved in wrongly reporting the numbers were actually employees of the nonprofit and that the ill-begotten funds were, in fact, all used to provide needed social services.

“While the submission of miscounted statistics stopped in 2016, and the responsible individuals were never employees of The Door, we hold ourselves accountable for this conduct and the resulting liability we owe the government,” Louie said. “It is important to note that the excess money we received was spent on services to New Yorkers in need, and no current or former employee profited personally from these amounts.

“This settlement will not hinder our ability to fulfill our mission to serve at-risk youth in New York City,” Louie said. “The Door’s board and leadership team remain committed to offering a full slate of services that empower young New Yorkers to reach their potential in a diverse and caring environment. We are invigorated, motivated and vow to continue to serve our community well in the years ahead.”

According to a spokesperson for The Door, during the time period that was under investigation, The Door was “sharing administrative responsibilities with a partner organization.”

Meanwhile, a University Settlement spokesperson told The Village Sun that the individuals involved in fradulently boosting the visits numbers were, in fact, employees of the settlement house but were working for The Door when the actions in question occurred.

Despite the massive misreporting on its health-services cost reports, The Door over all has a good reputation. It’s generally seen as a good nonprofit organization with a lot of positive impact on youth, offering beneficial services and activities for them in many areas.

The Door was founded in 1972. More than just a medical facility, its stated mission is to “empower young people to reach their potential by providing comprehensive youth development services in a diverse and caring environment.”

According to its Web site, “Each year, The Door serves nearly 11,000 young people from all over New York City, with a wide range of services, including reproductive healthcare and education, mental health counseling and crisis assistance, legal assistance, GED and ESOL classes, tutoring and homework help, college preparation services, career development, job training and placement, supportive housing, sports and recreational activities, arts and nutritious meals — all for free, completely confidentially, and under one roof.”

The investigation into the civil fraud apparently will be continuing. The stipulation states: “Defendant shall encourage, and agrees not to impair, the cooperation of its directors, officers and employees, and shall use its best efforts to make available, and encourage, the cooperation of former directors, officers and employees for interviews and testimony… .”