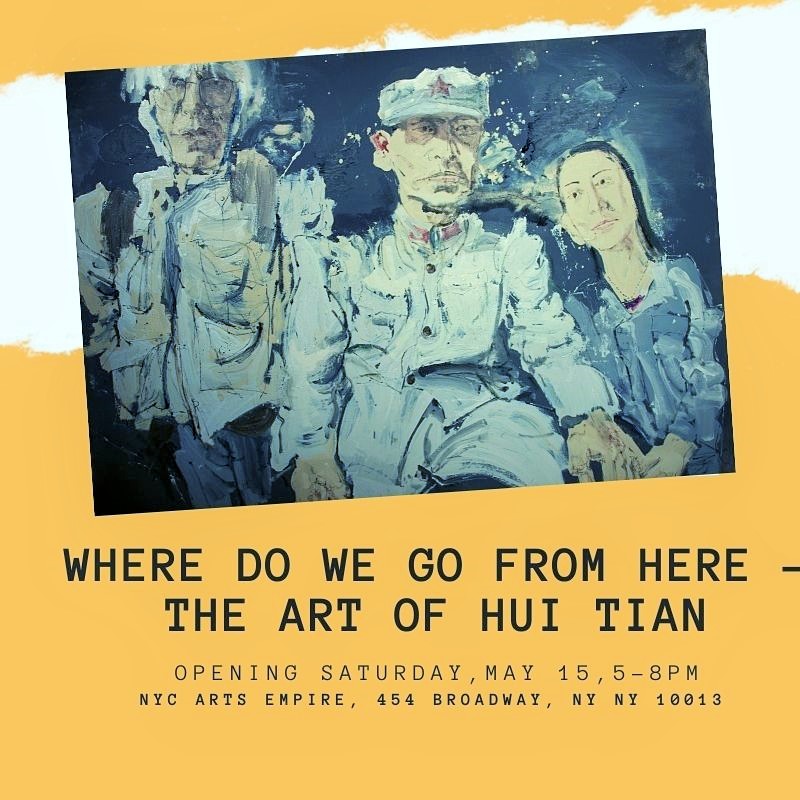 The paintings of Hui Tian at Soho’s NYC Arts Empire

Social commentary will be on display at an exhibit of paintings by Hui Tian at the NYC Arts Empire space at 454 Broadway in Soho.

“Where Do We Go From Here?” features 17 pieces from the artist’s collection. Rendered in oil, egg tempera and mixed media, the art works are captivating in size and scope and cover a wide range of topics of social concern.

Showing nationally and internationally at Frieze, OCAT Shenzhen and National Art Museum of China, among others, Hui Tian has won numerous awards. Tian’s works address the rapid development of science and technology, alongside sociopolitical movements, such as neoliberalism and globalization, and the effects they have on people in today’s society.

Several of the pieces are portraits of luminaries, such as John Lewis, Richard Claxton Gregory and Andy Warhol.

Although very new to the neighborhood, NYC Arts Empire, a 2,500-square-foot arts space, has become a hub for the Soho community and contemporary artists who frequent the area. Its director, Elaine Mendez, along with sponsorship, in part from Camelot Realty Group, represents artists of long standing in the New York City area and maintains the positive energy that has established true weekend art soirees with safe distancing protocols in place.

NYC Arts Empire has had numerous themed exhibitions, including, most recently, “Create With Courage” for Women’s History Month and the very successful “NYC Street Art Movement” exhibition of 34 local artists.

The gallery space at 454 Broadway is located between Grand and Howard Sts. Mendez also has a second space next door at 456 Broadway which is also open for solo artist exhibitions.