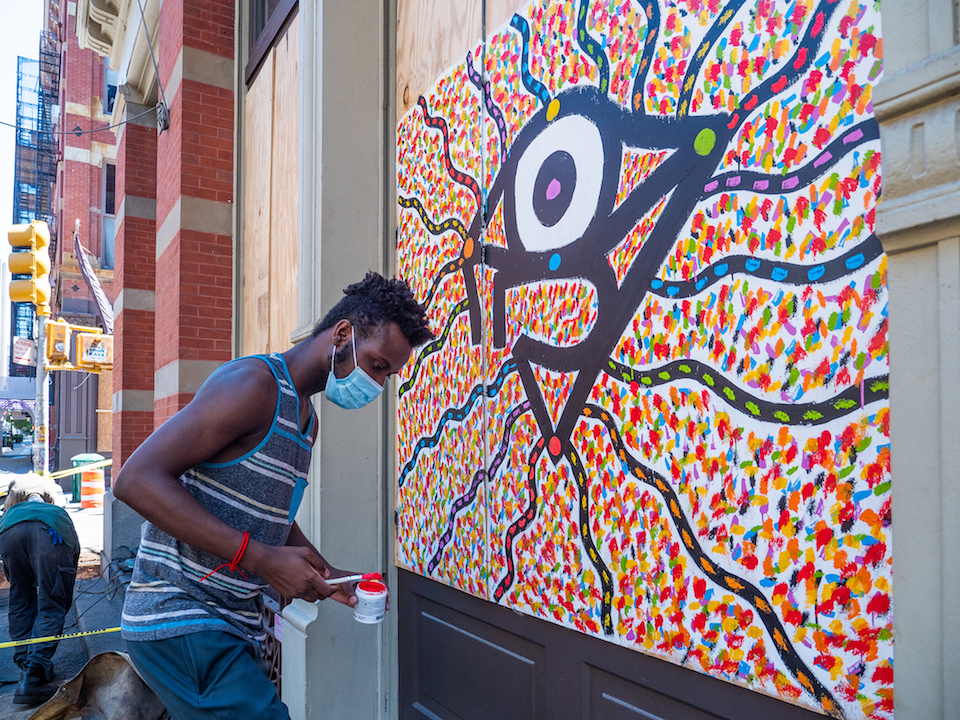 The art of healing in Soho

On Fri., June 12, artists in Soho were painting over the omnipresent plywood with positive, creative thoughts about our nation’s current tumultuous situation.

Their creative designs are bringing art back to a neighborhood once famous primarily for artists, though increasingly known as a shopping mall. The effort is called #SohoSocialImpact.

During the George Floyd protests, a massive number of storefronts in Soho — more than 100, by one account — were broken into during several nights of looting by opportunists. Things calmed down quickly after the city imposed a curfew and banned nonessential vehicles south of 96th St.

On June 2, the day after the curfew’s first night, Mark Dicus, the executive director of the Soho Broadway Initiative — Soho’s business improvement district — sent a message to the community.

“The Initiative supports the free speech rights of those who are demonstrating but strongly condemns those who are using peaceful protests as cover for the looting and property damage that have overtaken Soho and nearby neighborhoods in recent nights,” Dicus wrote, in part.