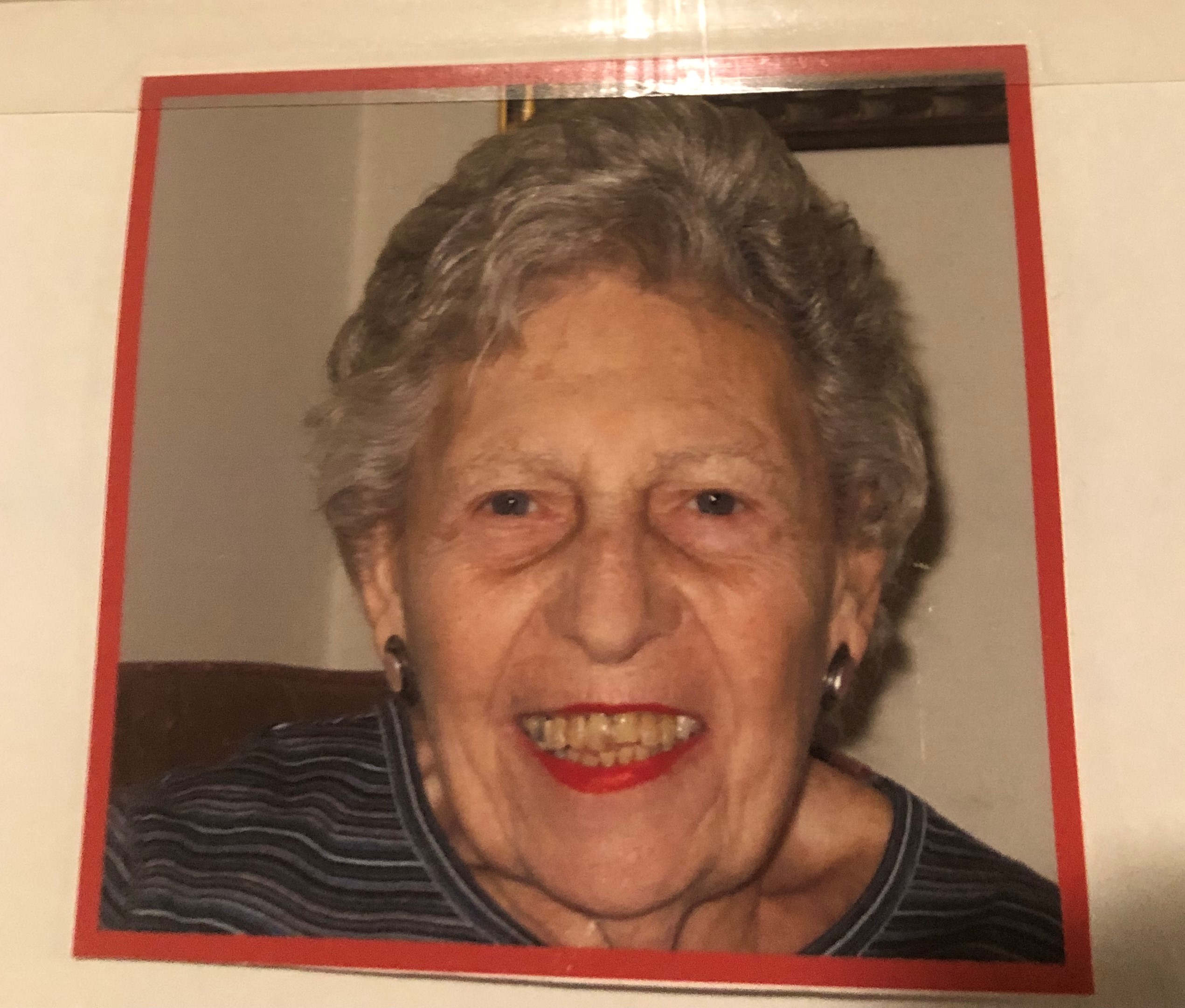 A photo of Sylvia Cherkin from the thank-you note the family posted.

BY KEITH J. KELLY | A woman believed to be the oldest original tenant in Stuyvesant Town was laid to rest by her family on Friday.

Sylvia Cherkin was 103 years old when she died on July 13. She moved into the Peter Cooper Village Stuyvesant Town complex in 1947 with her husband Abraham and they raised two children there, William and Arlene.

Abraham and Sylvia were amazing people,” said John Norris, whose family shared the same floor with the Cherkins for decades. “I really enjoyed speaking with Sylvia whenever we ran into her in our building, or out and about in Stuyvesant Town.”

Even while Cherkin was confined to a wheelchair in her later years, aides would make sure she spent time relaxing and seeing old friends by the fountain in the center of Stuyvesant Town.

“Her mind was as sharp as a tack, and she always spoke her mind,” Norris recalled.

“As old as she was, we always found conversations with her, smart and on point with whatever was going on in the world around us,” Norris said. Norris’s sister Pattie Anne McDonald was married to the late hero Police Officer Steven McDonald.

“Through the years, at every Passover, a box of matzohs would magically appear at our apartment door — a Passover gift from Sylvia,” Norris recalled.

“This past Passover was the first time we didn’t receive the matzohs at our door. We sadly missed that little gesture.”

She was predeceased by her husband Abraham, who died on May 2, 2010. They had three grandchildren.

She was laid to rest with a graveside funeral in Cedar Park Cemetery in Paramus, New Jersey.

The family asked that donations be made to her favorite charity, a Jewish senior citizen center on the Lower East Side: Project Ezra, 387 Grand St., New York, NY 10002.