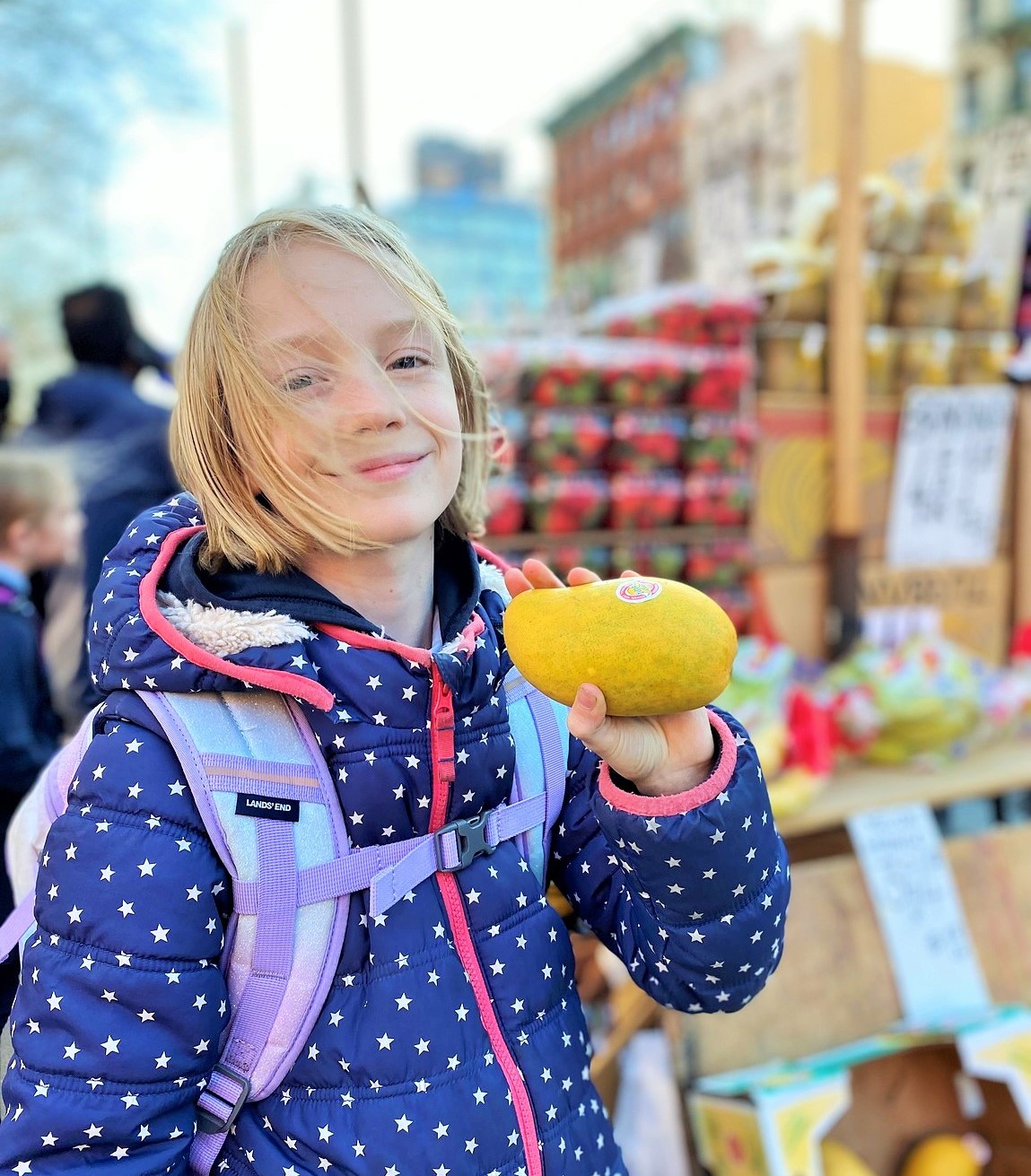 Where did that man-go? Virginia Ryan is happy to see the fruit vendor back in action. (Photo by @chrisryanAction)

After a mysterious absence, fruit vendor Muhammad has returned to his spot at First Avenue and Sixth Street.

The Ryan family, including former City Council candidate Allie Ryan, were glad to find him back there on Monday.

EV Grieve first reported on the stand’s disappearance. Ryan said Muhammad’s English is not great, so she didn’t really get an explanation about why he went missing. But commenters on the EV Grieve post said it might well have been because a Citi Bike docking station was blocking the vendor’s truck.