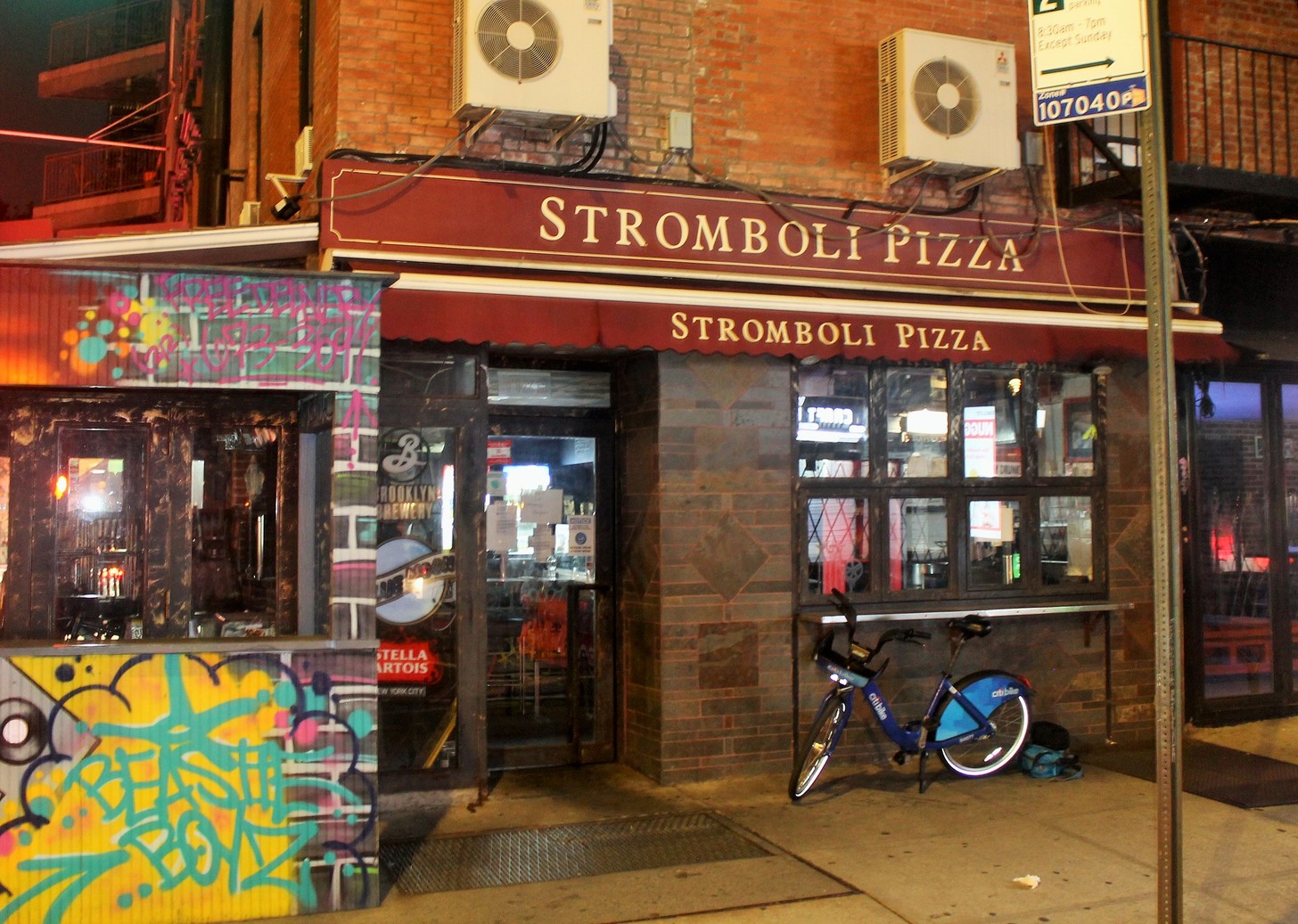 Alleged N-train gunman Frank James spent about a half hour in Stomboli Pizza early Wednesday morning before being arrested later that day. (Photo by The Village Sun)

BY THE VILLAGE SUN | While he was on the lam after allegedly perpetrating last Tuesday’s crazed mass shooting in the subway, Frank James was hitting the fast-food spots in the East Village.

It’s been reported that he spent a couple of hours in the McDonald’s on First Avenue before his arrest early Wednesday afternoon. Now the New York Post reports that earlier he also stopped in at Stromboli Pizza, the late-night slices mecca, two blocks to the north, at E. Eighth Street.

James, 62, didn’t ask for any food, though, but the use of someone’s phone to make a call. Also the accused gunman was “crying like a baby,” the paper reports.

“He says, ‘Oh, I lost my family,’ this and that, and I felt bad. I thought, ‘Whatever, let me help.’ I didn’t know who he was. I gave him water. I gave him napkins,” Hasangjekaj told the Post.

“I asked him three times, ‘Where you from? How long you been lost?’ He didn’t say nothing. It was like he wasn’t hearing what I was asking him.”

James left after about 30 minutes, according to Hasangjekaj.

The accused shooter also, before entering Stromboli, reportedly told four men scarfing down slices outside that he was blind and asked to borrow one of their phones.

The suspect then entered Stromboli and asked Hasangjekaj if he could use his phone. The compassionate pizza worker said he gave his cell to James, who used it to call a number in Virginia Beach, Virginia, for a woman he claimed was his wife. Hasangjekaj said James also tried to reach the woman through Facebook Messenger, similarly to no avail.

Later on that morning around 10:30 a.m. James was spotted farther Downtown sitting near a dining shed outside Dimes restaurant in Chinatown / “Dimes Square.”

Then around 1 p.m. he was back up in the East Village, where, according to the Post, he entered International Bar on First Avenue at E. Sixth Street and asked to use a phone charger but was told no one there had one.

Eventually, James managed to charge his phone at a sidewalk WiFi Kiosk and called the police, telling them he was the suspect they were looking for and was at the McDonald’s. By the time cops arrived, though, he had left the Golden Arches. But he was arrested soon after at First Avenue and St. Mark’s Place.

James allegedly injured 29 people after setting off two smoke grenades and opening fire with a Glock handgun inside an N train in Sunset Park. Fortunately, he apparently mainly shot low and most people who were hit were shot in the legs.