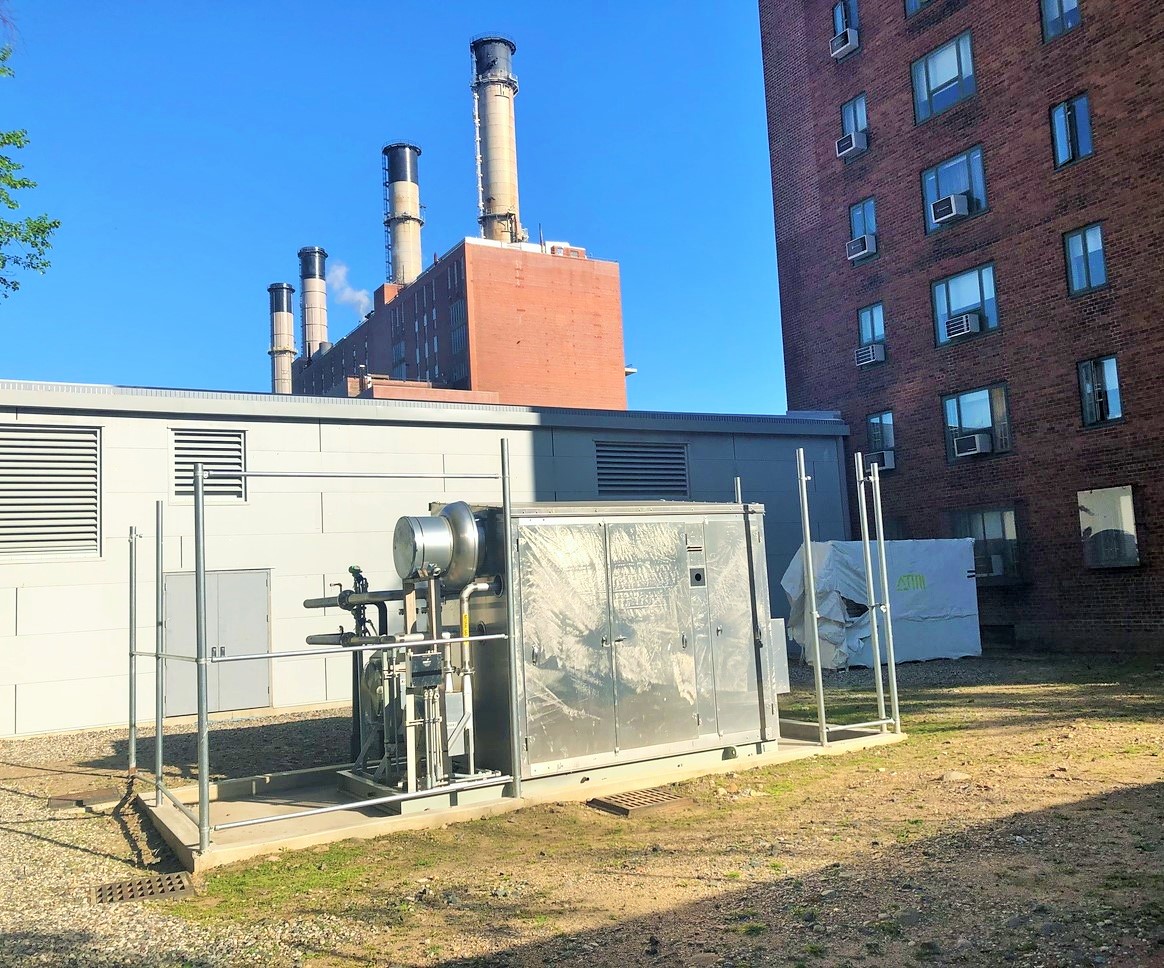 One of the two power plants that Blackstone wanted to bring online has already been built, in the foreground, on Avenue C. The Con Edison plant whose power generation the complex's owner planned to replace can be seen in the background. (Photo by Keith J. Kelly)

Stuyvesant Town cans plan to generate its own electricity and heat

A coalition of local politicians and community activists had loudly objected, citing health and environmental concerns, when Peter Cooper Village and Stuyvesant Town unveiled plans for the combined heat and power (CHP) plants for the 80-acre complex.

City Councilmember Keith Powers spearheaded the opposition among the elected officials who objected.

The CHP plants were awaiting approval from regulatory authorities before they could go online.

The cancellation drew praise from the Stuyvesant Town-Peter Cooper Village Tenants Association, which had lobbied against the CHP plants for two years.

Beam Living currently buys heat and power from Con Edison and the CHP plan was seen as a way to hold down costs as energy prices spiral higher.

“This is a highly satisfactory resolution to an issue that concerned many residents,” said Susan Steinberg, president of the S.T.P.C.V. Tenants Association. “I am grateful to all who signed petitions and postcards and came to our rallies and to the cadre of hard-working tenants who formed our CHP strategy committee.

“I also want to acknowledge the effective support of our elected representatives,” she said. “In particular, I want to call out our Councilmember Keith Powers, whose nonstop negotiations with Blackstone resulted in their pulling the project. Finally, I want to acknowledge Blackstone for its willingness to recognize how critical this issue was for us and doing the right thing.”

A spokesperson for Beam Living said, “We always take our community’s feedback seriously and are pleased with the dialogue we have had about our collective commitment to making Stuy Town and Peter Cooper Village more sustainable and resilient. We are proud of the progress we have made to date and remain committed to bringing resilient and green infrastructure to our community.”

While there was a huge backlash on this project, the spokesperson pointed out that other projects on the energy-saving front were well received, including installing solar panels on all 110 buildings in the complex.

He also pointed out that the U.S. Green Building Council designated Stuy Town and Peter Cooper Village a LEED® Platinum Community for excellence in energy, water, waste, transportation and quality of life — which he said made it the first community in New York City to achieve this designation.