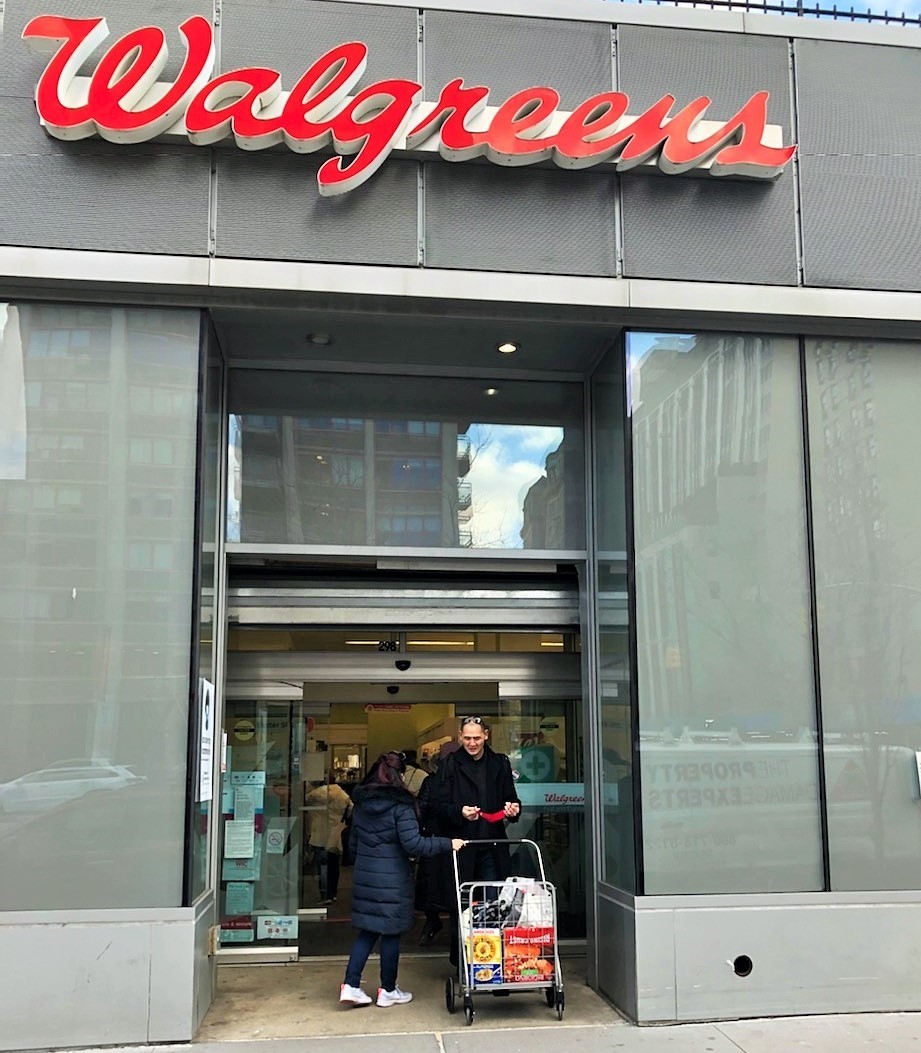 Walgreens reopened its doors to customers on Friday after an arson fire two days earlier. (Photo by Keith J. Kelly)

BY KEITH J. KELLY | A Walgreens on First Avenue in Stuyvesant Town that was damaged by a fire that police said was arson last Wednesday had reopened partially for business by Friday.

Police arrested a 13-year-old teen and charged him arson, reckless endangerment and criminal mischief for the Feb. 23 fire in trash at Walgreens. He also is a suspect in the torching of two golf carts used by the Stuyvesant Town’s maintenance staff.

The suspect, who was not a resident of the sprawling 80-acre complex, was arressted at Beth Israel Mount Siani Hospital, a source told The Village Sun, although the New York Police Department did not confirm where the arrest was made.

The store at 298 First Ave., at the corner of 18th Street and First Avenue, had stretched a huge plastic tarp across a section inside on Friday and Saturday where the fire and smoke damage had been centered.

By Sunday, only one shelf was still covered in the protective sheathing. More than 60 firefighters had responded to the three small fires on Feb. 23. No injuries were reported at the time.