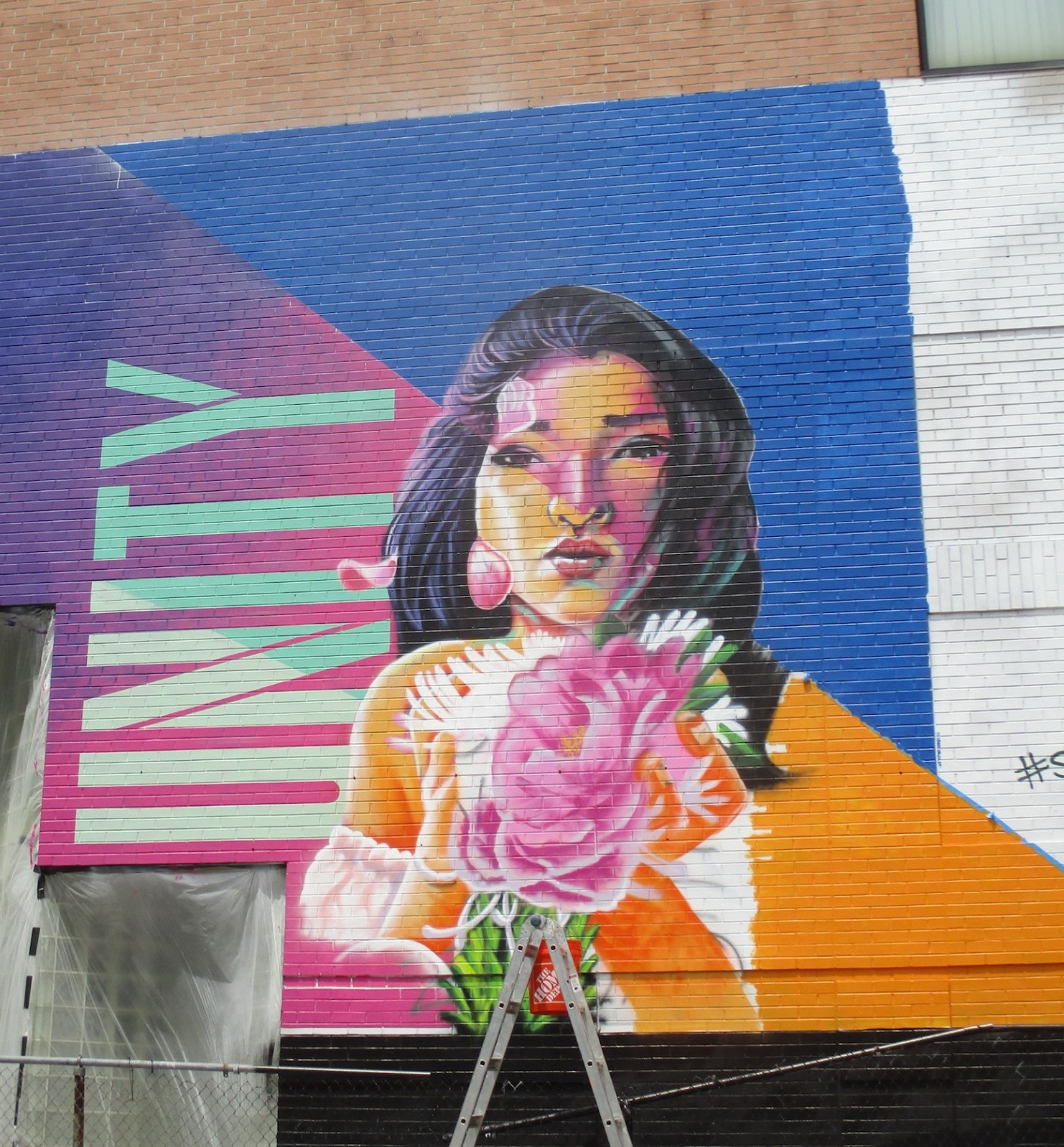 BY BILL WEINBERG | A sign of hope in troubled times was seen on Eldridge St. the afternoon of Sat., May 22, as Chinatown and Lower East Side residents came out for a block party and mural unveiling on the theme of Stop Asian Hate.

“Spread Love, Stop Asian Hate” is the name of the new mural overlooking the northeast corner of Eldridge and Delancey —actually still being painted, despite the slightly premature celebration. This is the work of artist Bianca Romero — a native New Yorker of mixed Korean and Spanish descent whose creations already adorn several storefronts, galleries and restaurants around the city.

This latest piece is a response to the recent wave of violent attacks from coast to coast on members of the Asian American Pacific Islander (AAPI) community.

“The mural is an array of AAPI people all holding flowers in their hands to symbolize holding space for yourself and for the community,” Romero told The Village Sun. “It will say phrases like ‘Unity,’ ‘Our Voices Matter,’ ‘Spread Love, Stop Asian Hate’ and ‘Act Justly, Love Mercy, Walk Humbly.’”

Romero’s father was a graphic design illustrator from Madrid who came to New York to grow his career. Her mom came here from Seoul on a scholarship from Parsons School of Design.

“I speak a little bit of the languages,” she said, “but it was tough growing up because my parents don’t speak each other’s languages.”

When asked how she sees her statement to the city and the world in the current political and cultural moment, Romero responded: “Well, I’m a product of two immigrants from two completely different countries. It speaks to the melting pot of New York City, and the country. My art is inspired by the energy of New York City. My paintings are mixed-media collage, and for me collage is the act of putting different contexts and stories together to create something new. I’m an embodiment of that, and so are New York City and America.”

The Eldridge St. mural project is being undertaken in collaboration with the Thrive Collective, a group that promotes art education and mentoring for the city’s youth, as well as New York City’s Taskforce on Racial Inclusion & Equity (TRIE) and the Mayor’s Office. The mural is being painted on the wall of the New York Chinese Alliance Church, which was also the key organizer of the block party.