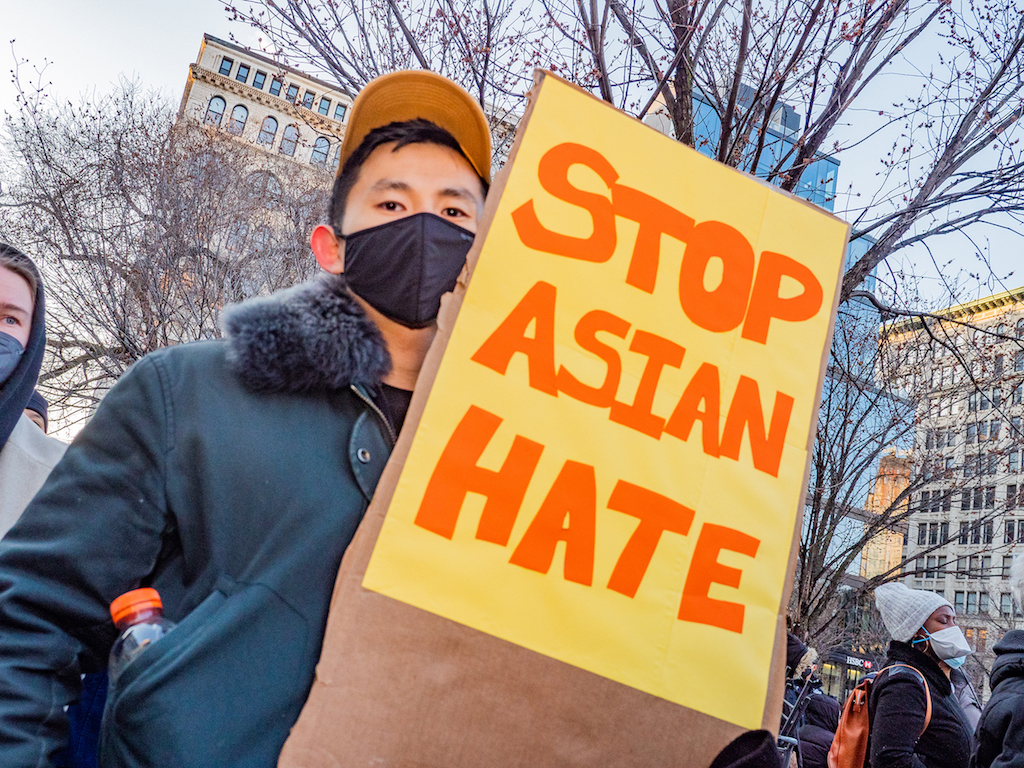 People gathered at Union Square on Friday for a vigil for the Atlanta shooting victims and a call for an end to anti-Asian violence. (Photo by Milo Hess)

BY THE VILLAGE SUN | Stop the hate, vigil-goers pleaded in Union Square on Friday in the wake of the Atlanta mass shootings three days earlier that killed six Asian women.

The shooter was arrested while driving to Florida, where he reportedly planned to wreak still more carnage. News reports have portrayed him as a tortured and conflicted soul, at once deeply religious but also a gun-loving “sex addict” ashamed of sometimes frequenting massage parlors.

But those at the vigil and elsewhere say that narrative is irrelevant and that the massacre must be seen for what it is: a hate crime, part of a horrifying surge of anti-Asian violence across the country during the COVID pandemic.

The Union Square vigil was organized by the Asian American Federation. Jo-An Lu, the organization’s director, read aloud the names of the eight victims.

However, when de Blasio spoke, he was heckled, with one person shouting, “What are you going to do about it?”

On Saturday, in the latest troubling incident, a middle-aged Asian man was punched in the face at E. Houston and Allen Sts. as he was parking his car. A witness claims to have heard the attacker, identified as a homeless man, utter “Chinese” several times.