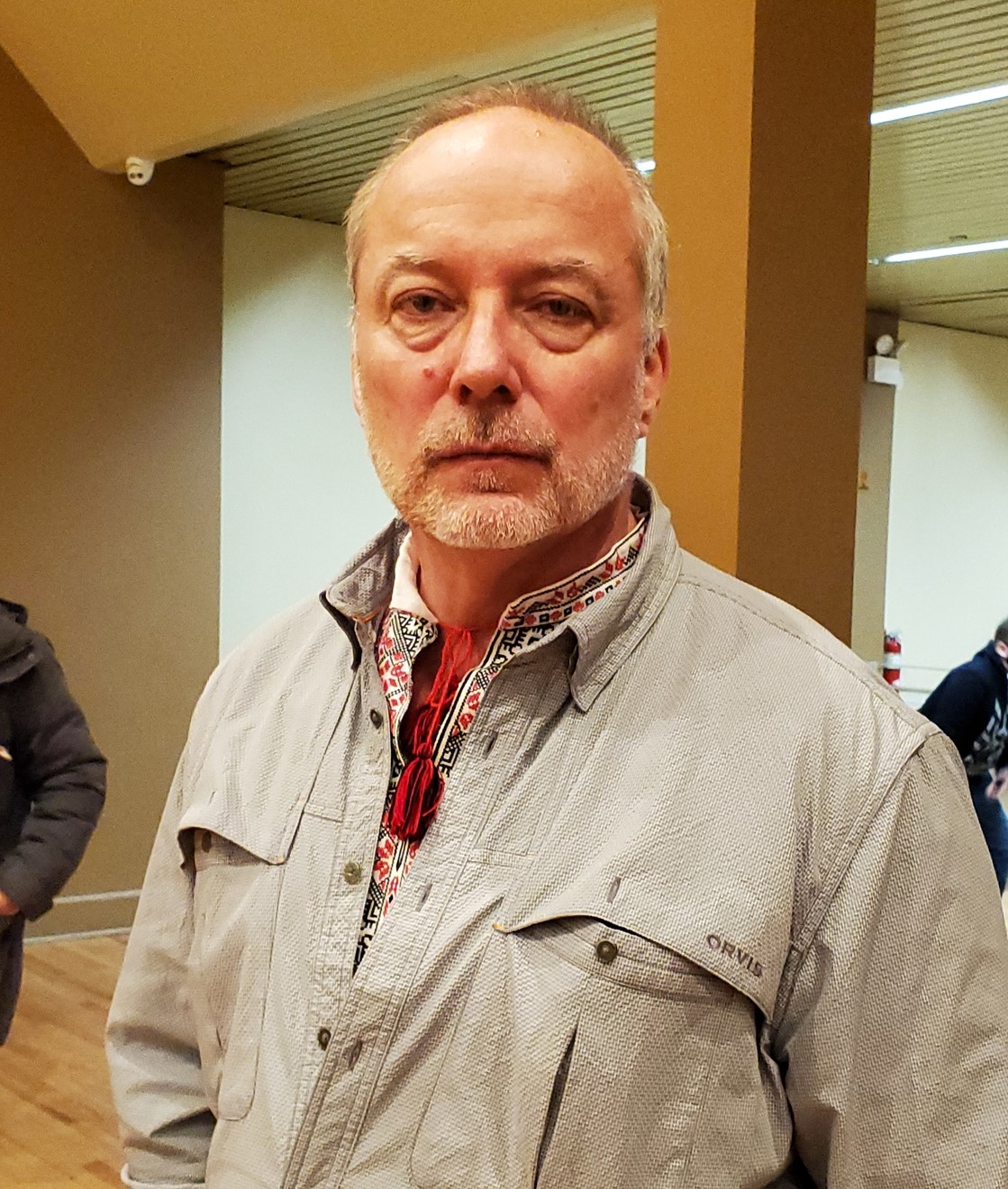 Jason Birchard is the third-generation owner of the family-run Veselka restaurant, at 144 Second Ave. (Photo by The Village Sun)

‘State of shock’: Veselka owner and staff pray for peace, a free Ukraine

BY LINCOLN ANDERSON | The war in Ukraine is hitting home, and hard, at one of the East Village’s favorite eateries.

By all appearances, business at Veselka continues to bustle as usual, with diners eagerly cramming into the place to enjoy its famed pierogi, potato pancakes, kielbasa and blintzes. Meanwhile, though, staffers are doing their best to carry on while being racked with worry for family members and friends in the besieged Eastern European nation.

Speaking Friday, two days after the Russians launched their invasion, Jason Birchard, Veselka’s owner, said he and his workers are in a “state of shock.”

“As an employer of many Ukrainian Americans and Ukrainian myself, it’s a roller coaster of emotions,” he said. “The staff is very anxious.”

Like others, Birchard had been holding out hope that a peaceful resolution would be reached.

“I was a real believer in diplomacy,” he said. “It’s a war on the free world.”

The Village Sun spoke to Birchard at a Stand With Ukraine event at the Ukrainian National Home attended by Ukrainian Consul General Oleksii Holubov, Congressmember Carolyn Maloney, Councilmember Carlina Rivera and other officials.

Two days into the invasion, Birchard bluntly said there was no mistaking Putin’s goal: “To take over Ukraine.”

“There’s been a mobilization of all males 18 to 60,” he said of the country’s brave, all-out resistance.

Meanwhile, Veselka patrons also can pitch in to help the Ukrainian defense. Along with menus, diners are being given a card with two QR codes. One is for Razom for Ukraine, an assistance group born out of the 2014 Maidan Revolution, which saw Ukraine move closer toward the European Union and away from Russia. The other is for the National Bank of Ukraine, which has opened an account to raise funds for the country’s armed forces.

Not surprisingly, he noted, the Russians had created a spoof site encouraging people to send money allegedly to help the Ukrainian Army but which really wound up in Russian pockets. He said the scam had just been “shut down,” though not before raising half a million dollars.

In general, Birchard said, Veselka customers have shown tremendous support in this time of crisis.

“We’re getting an outpouring of love,” he said.

And the restaurant has also been getting a flood of media coverage.

“I’ve been speaking to Italian, Swedish, Japanese radio and TV shows coming to get our opinion,” he said.

“There’s probably a larger contingent in Coney Island and Brighton Beach, mixed with Russians,” he said. “But this is still Little Ukraine.”

Birchard is the third-generation proprietor of the family-owned Second Avenue restaurant. His grandfather fled Soviet rule in the 1940s, immigrating to New York.

“He never saw a free Ukraine,” Birchard reflected. “But he was a believer in a free Ukraine. If he was alive, he would be doing everything he could to help Ukraine.”