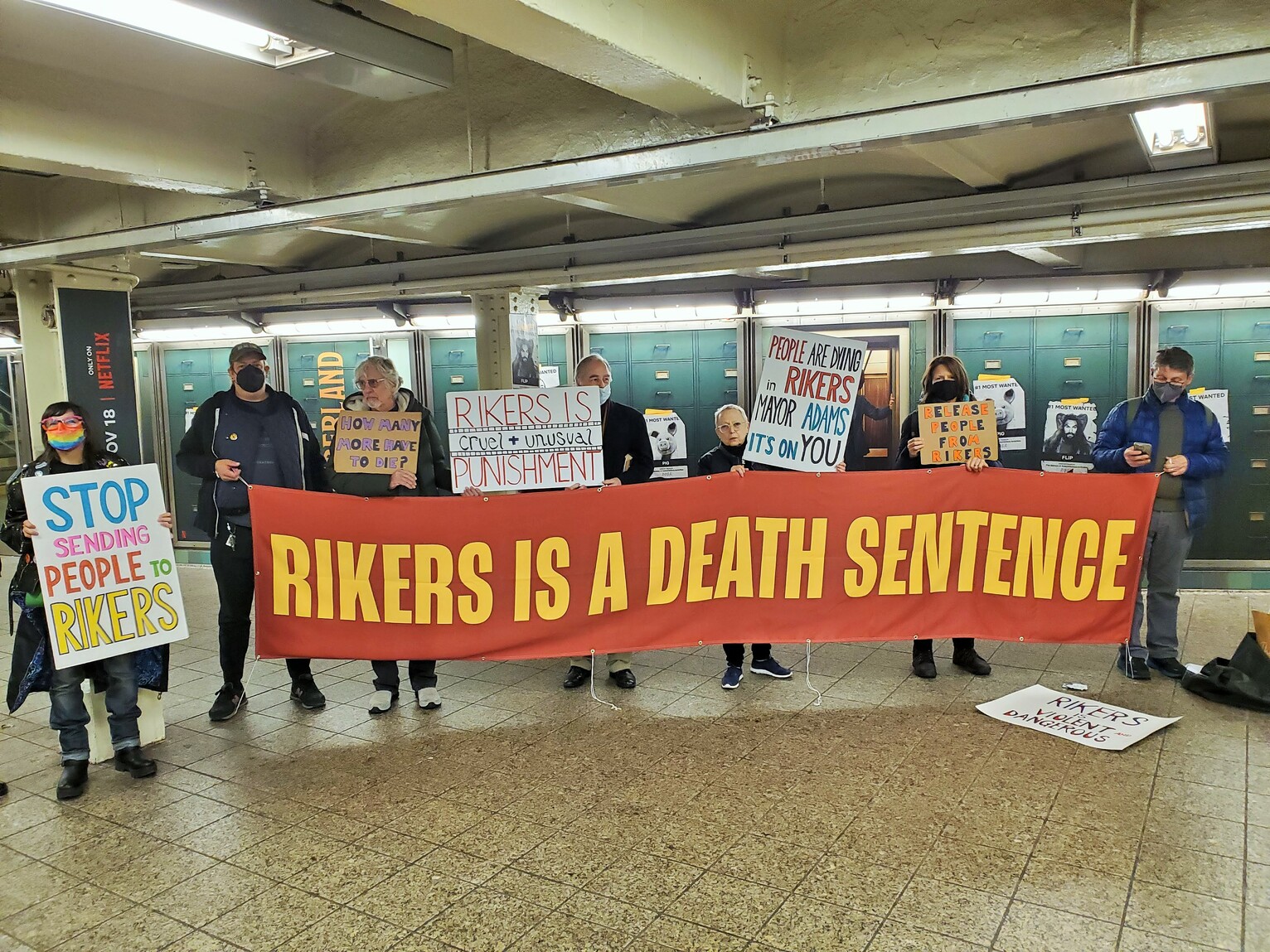 BY THE VILLAGE SUN | It’s time to close Rikers — now!

That was the message of a group of Rise and Resist protesters in the Times Square subway station last week. They say Mayor Adams has been wishy-washy about when and whether the city will actually close the oft-criticized jail complex.

Adams inherited the borough-based jails plan from his predecessor, Bill de Blasio, under which Rikers would be replaced with new, smaller jails in four of the five boroughs. However, under the scheme, the city’s prison population needs to shrink from 5,000 to 3,000 — yet has actually been increasing under Adams’s mayoralty, which he has noted is a stumbling block to implementing the plan.

“The mayor keeps saying he is [going to close Rikers], but he’s not doing anything,” said Donna Gould, one of the protesters.

According to Rise and Resist, 18 people have died on Rikers so far this year, 1,000 people locked up in the jail complex have serious mental illness and 90 percent have not been convicted of a crime as they await their court dates.

The group is urging New Yorkers to call 311 and demand Adams take steps to close Rikers and slash incarceration numbers.