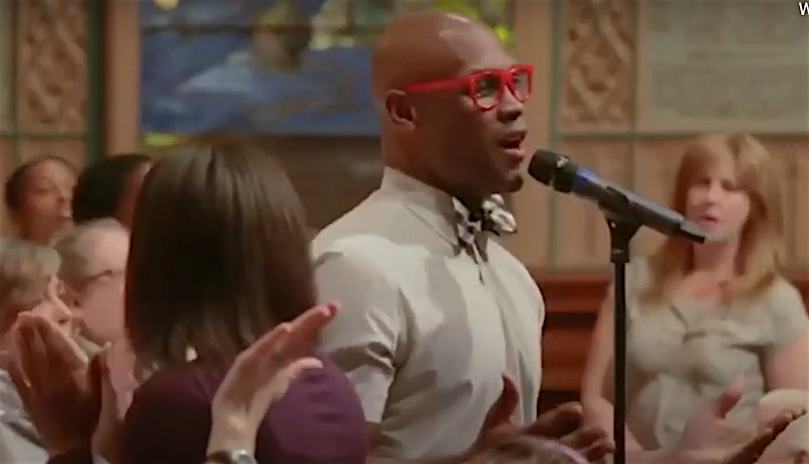 The Middle Collegiate Church choir's emotional performance of "Glory" in 2015 was included as part of the 12th Annual Spiritual Sounds event.

Spiritual Sounds soars in annual event, though this time virtually

So much is out of whack in our world right now. But, in one uplifting constant, as they have done for more than a decade now, the East Village faith communities recently came together once again, albeit virtually, for their 12th Annual Spiritual Sounds event.

In the face of these trying times of global pandemic, the religious leaders offered healing and inspirational words, followed by musical performances by their congregation members.

Performances ranged from a beautiful guitar duet by members of The Bhakti Center to stirring songs by the Town & Village Synagogue choir to, at the end, a soaring rendition of “Glory” by the Middle Collegiate Church gospel choir. The latter was actually recorded in 2015 but the time seemed right to hear it again. Doing this kind of gospel singing would be next-to impossible on Zoom.

Local resident Anthony Donovan has been champion of the East Village faith communities initiative and the annual Spiritual Sounds event.

“What a world,” he said. “Our Village continues to be greatly diminished, with loss of businesses and people and affordable housing, but one bright spot, as we continued this tradition.”