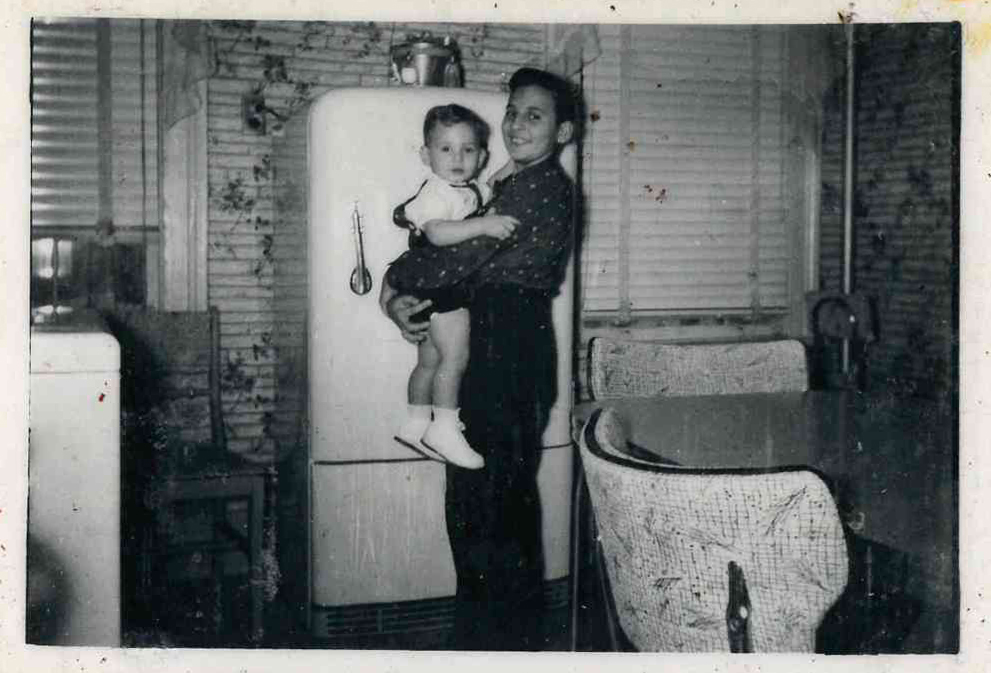 Someone to watch over me; Remembering Tommy

His name was Gaetano but everyone in the family and the old neighborhood called him Tommy because that’s what the Italians do: name you one thing and call you something else. He had a little more than 10 years on me, so we never hung out together early on.

But I heard the stories. And he was cool.

One of the corner boys, hanging out on the avenue in our South Bronx neighborhood, leather jacket and cigarettes, knew his way with his hands, could handle a knife. Got thrown out of Catholic high school and wound up in public school.

I still have a wooden jewelry box he made for me in shop class.

I didn’t need James Dean, I had Tommy.

Being a wiseguy coming of age in the ’50s caused a lot of problems at home. He and my old man couldn’t be in the same room without a referee and when my mom passed away in ’64, he lied about his age and signed up for the Air Force.

Volunteered to go to Nam.

I remember my fourth-grade class writing letters to him at the front, “Dear Sandy’s brother, Tommy, we hope you get home safe… .”

Yeah, they called me Sandy because that’s what the Italians do, remember?

He made it back.

It was the times on his furloughs that we hung a bit. Taught me about wearing cologne. Holding doors open for the ladies. When the time came, to light their cigarettes for them. Told me to always try to avoid a fight, but if pressed fight to the death. (This came in handy many times throughout my life.)

Severe, but this is a guy who survived Nam.

One major move he made changed my life.

After getting out of the Air Force, he settled in New Hampshire, got a job managing a restaurant/bar and was about to get married to a local girl. Being a romantic at heart, he decided to get married on my parents’ wedding date, which also happened to be my birthday. He and the old man were on good terms at this point, so only us two made the trip, since Tommy was on the shit list with the rest of the family for taking off and leaving the fold.

After we got settled in at a hotel, we went to the bar to hang for the evening. Being that it was the day before the wedding and my birthday (I was turning 15), celebrating was on the menu. I was hanging with the big boys and determined to match them drink for drink. They kept them coming, one rum and coke after another. I don’t remember how many I drank but I was clearly no match. I wound up with a scenic view of the toilet and a night wishing the end would come.

They say the sins of the father get passed on to the son. My father was an alcoholic.

My brother was an alcoholic.

Thanks to them, the curse passed over me.

The following summer, I went to live with him and it was then that we formed a bond that lasted for the rest of our lives. He taught me how to drive his standard-shift blue Volkswagen; made me get a job at a local burger joint and maintain a checking account. At 16 he taught me to function like the adults do.

Soon thereafter, he started working for the government and wound up in an assortment of out-of-the-way towns across the country: Socorro, New Mexico; Kittery, Maine; Somewhere, Tennessee, and finally the hills of West Virginia.

Mo and I visited him everywhere, staying in touch and making sure he knew he had a family. As I grew older, the mental and emotional distance of the years between us shrunk and we were able to talk and confide in each other about a host of things.

The drinking was always a sore point and that’s what eventually did him in (as it did my old man), but he knew it, was aware of it and went out the way he lived.

I have a vision of them hanging out, hoisting a few, having a few laughs, with my mom refereeing.

One thing I know for sure, they’re looking out for me.

Mollica is the owner of the Source Unltd Print & Copy Shop, at 331 E. Ninth St.