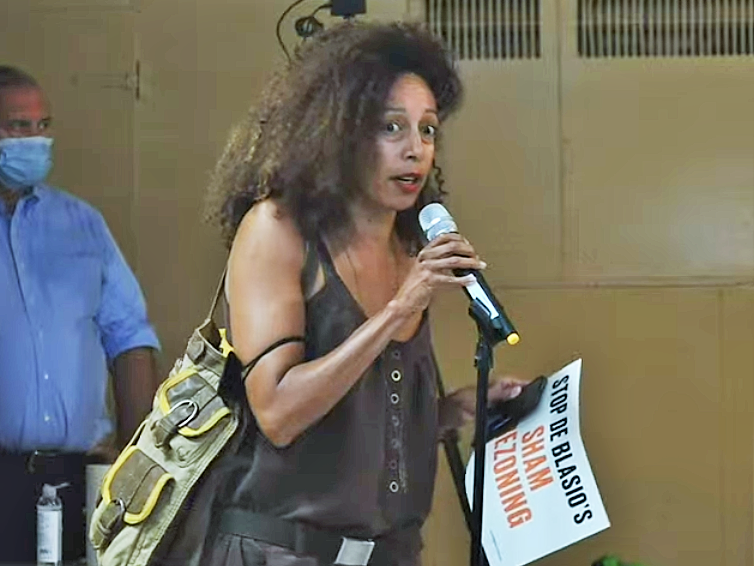 BY CARMO MONIZ | On April 13, New York University filed a lawsuit against New York City asking that a provision in the Soho/Noho rezoning plan be invalidated. The provision prohibits colleges and universities from operating in the rezoned area, excluding business colleges and trade schools.

The university claims that the provision violates a legal precedent in New York State law outlawing the exclusion of educational uses in residential areas. In a public statement on April 14, N.Y.U. spokesperson John Beckman said that N.Y.U. has no current plans to expand into the rezoned area. Currently, the university owns five buildings and leases space in two others in the area included in the plan.

“NYC zoning laws typically stay in place for decades until updated, and it is impossible to predict how things will change and what circumstances New York City, N.Y.U. or other nearby colleges or universities may confront over that long period,” Beckman said in the statement. “So, it’s the responsibility of the current N.Y.U. leadership to ensure that universities’ rights under the law are not violated by an unconstitutional provision of the rezoning.”

Passed by the City Council on Dec. 15, the rezoning plan has also faced legal opposition from community organizations. The Soho Alliance, a volunteer community organization, sued to block the rezoning in May but was unsuccessful in court. Sean Sweeney, director of the Soho Alliance, said that university expansion in the rezoning area would lead to a greater number of transient residents, specifically students staying for a few months or years in dorms, rather than creating a stable community.

“It has merit, but I hope it fails,” Sweeney told The Village Sun regarding the N.Y.U. suit. “The last thing we need here is more dorms, more N.Y.U. kids — the place is crowded enough. We don’t want frat houses, we don’t want dorms, we don’t want Greek life.”

The Coalition for Fairness in Soho and Noho, a community housing-rights organization, also filed a lawsuit against the Department of City Planning, City Planning Commission, City Council and Mayor Eric Adams over the rezoning plan in February. The coalition’s lawsuit aims to annul the rezoning plan and argues that it violates both the state and federal constitutional rights of Soho and Noho residents.

The coalition hired attorney Jack Lester to bring the lawsuit forward. Lester has also represented the Soho Alliance in past lawsuits.

“We continue our fight to protect the long-term residents of Soho and Noho, including artists, retirees and working families and individuals, from unprecedented punitive fees and forced ‘conversions’ of their homes unfairly imposed by the city,” a member of the coalition’s steering committee wrote. “We strive to ensure that the rezoning of our neighborhood actually creates affordable housing, rather than serve as a fig leaf for a land grab by real estate and outside interests.”

One of the issues that the coalition and other community organizations have with the rezoning is the conversion fee that it includes for Joint Live/Work Quarters for Artists. The fee converts housing units created for city-certified artists that are designated as manufacturing use to residential-use units. J.L.W.Q.A. conversion fees, in turn, go toward an arts fund allocated by the New York City Department of Cultural Affairs to arts and cultural programming in Lower Manhattan.

J.L.W.Q.A. guidelines have often been unenforced in the past and many J.L.W.Q.A. units, which make up 32 percent of the housing stock in the rezoned area, have been occupied by nonartist residents. As a result of the rezoning plan, J.L.W.Q.A. residents who are noncertified artists must pay a $100-per-square-foot conversion fee if they want to convert their homes to be residentially zoned.

On the same day the rezoning plan was passed, legislation introduced by former Councilmember Margaret Chin imposing greater fines on noncertified artists living in J.L.W.Q.A. was also passed by the City Council. The proposal created a $15,000 fine for noncertified artist residents who do not pay the conversion fee, with $25,000 fines for a subsequent failure to pay the fee. However, the provision was vetoed by Mayor Eric Adams on Jan. 14.

Village Preservation Executive Director Andrew Berman said that while he thinks the coalition’s lawsuit to void the rezoning will improve upon or remove parts of the rezoning that are harmful, N.Y.U.’s lawsuit, if successful, will have a negative effect on the plan.

“I believe there has been legal opposition to the rezoning because it’s unfair, damaging, poorly thought out and based on false premises,” Berman said. “By contrast, I believe that the N.Y.U. lawsuit, which is only against the provision keeping N.Y.U. from expanding, is based on pure greed and self-interest by the university, and shows that it intended to use the rezoning as a vehicle to allow its expansion in the area all along.”

N.Y.U. has granted the city’s request to extend the timeline for its response to the university’s lawsuit until Aug. 4.

Meanwhile, on May 24, the state Assembly passed a bill by Assemblymember Deborah Glick that would ensure that J.L.W.Q.A. residents could continue to live in their homes regardless of their status as a certified artist.

“Longstanding Soho and Noho community members should not have to continuously worry about punitive fines or their security in their lofts due to an outdated artist-certification process, or the zoning area where J.L.W.Q.A. status was enshrined in the zoning text,” Glick said. “This bill carefully balances the need to protect our neighbors in their homes with the desire to maintain the artistic heritage of our neighborhood. This is an important first step, and I look forward to working with my colleagues in the City Council to continue to undo the harm done to Soho and Noho by the recent rezoning.”

A companion bill by Brian Kavanah in the state Senate awaits passage.

“I am pleased that Assemblymember Deborah Glick and her colleagues in the Assembly have passed our legislation, bringing it one step closer to becoming law and giving residents of our community much-needed housing stability,” Kavanagh said. “I thank Assemblymember Glick for championing this bill in the Assembly and the Coalition for Fairness in Soho and Noho for their strong advocacy. I will continue to work with my colleagues to enact this important legislation before the Legislature adjourns.”