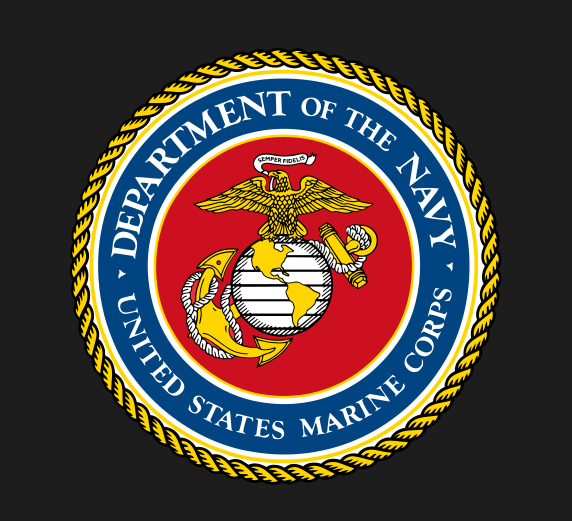 Social intercourse in the age of COVID: An ex-Marine advises a young man about life and love

BY MINERVA DURHAM | May 17, 2020: “Alleva is open,” Hussein said as we turned the corner of Kenmare and Mulberry on our way to the bank to deposit checks.

I had told him about Alleva, the first Italian cheese store in America, my favorite, run by descendants of the founder until a few years ago.

“I want you to know that I am very grateful to you for helping me to become more healthy,” I told Hussein as we walked toward Alleva. He said nothing, although I am sure he heard me. It always seems easier to declare things while walking alongside someone on a city sidewalk than indoors in a confined space. Statements ascend to the heavens like divine creatures.

He waited outside as I pulled my scarf up over my nose, entered the store, pumped the container of hand sanitizer and struggled to fit my hands into plastic gloves. I was the only customer.

The store was totally rearranged, the front now separated from the back by a rack placed to bisect the space at midpoint. From the rack I chose tomato paste packed in a tube like toothpaste and a package of dried fusilli gigante. I called out my order of sun-dried tomatoes, mixed olives and smoked mozzarella. I picked up my order at the back of the store.

The masked cashier remembered me. I had often bought cheese and focaccia there on Sundays for opening receptions, soirees and events at the studio. I paid $35.25 with a $100 bill, a donation that Monte had sent me in the mail. To celebrate Monteʼs gift, I said, “Just give me $60 change. The rest is a tip”

At the Chase bank at Grand and Bowery, I fumbled as the machine rejected Ken Carboneʼs donation check because his signature had crossed over the account code at the bottom.

“Let me do the machine deposits,” Hussein said.” You go inside the bank to deposit the rejected check. What is your PIN?”

I pulled up my scarf again and greeted the guard inside the bank. We had exchanged a few pleasant words when I last visited the place.

As I left, an old man walked in. “You have to wear a mask,” the guard told him in a friendly manner. The man stopped, found his mask, and put it on.

Later, as we sat on a bench in Petrosino Park in a sliver of sunlight, Hussein read his book. I couldnʼt help but notice a man across the park looking for a place to sit. Not young, he was still elegant in his bearing. He chose a seat perhaps deemed too close to someone who had already claimed the bench. He switched seats as soon as the man on the bench next to me stood up to leave. He lit a cigarette.

I asked Hussein if the smoke bothered him. “No,” he answered. “It makes me feel nostalgic.”

I leaned toward the man and asked, “What tobacco is that? It smells so good.”

“Newport,” he answered, and we fell into a long and lively conversation.

“Oh, those menthol ones. Donʼt they have chemicals in them? Is that good for you?”

“Only about 600 chemicals,” he said, exhaling smoke.

“At least you have a mask around your neck,” I said.

“Listen, I was in the military. I was inoculated against all sorts of diseases, from malaria to cholera, everything under the sun, and Iʼm still alive.”

He had grown up on the Lower East Side, not in Little Italy. His parents were from Naples.

“This park is named for the policeman who got rid of the Neapolitan Mafia here,” I said. “Then the Sicilian Mafia took over the neighborhood and killed him.”

Before he was 20 years old, he and his brother stole a car, led the police in a chase, and smashed the car with no loss of life. The judge sentenced both brothers to two years, but deferred their jail time on the condition that they join the Marines and stay in the service for at least two years. He sent them to two separate training camps far from each other.

During his 10 years in the Marines and five years working as a paramilitary, he saw the world, living for brief periods in 56 countries. He rattled names off: Afghanistan, Iraq, Egypt, Israel, Honduras, Guatemala.

“What did you like most about the military?” I asked him.

Rejoicing, he said, “The brotherhood.“ He continued, “Bonds are made for a lifetime. My buddies and I stay in touch. At any moment, from anywhere in the world — I could be in Hawaii — I could call any one of them and say that I need $50,000 and my buddy would jump on the next plane to bring me the money.”

When I asked him if he had grandchildren, he made the sign of the cross.

“No. I beg my daughter to have kids,” he said

“Donʼt push so hard,” I advised him. “Leave her alone. Sheʼs more likely to have them if you stop insisting. Whatʼs your name?ʼ

I put my arm out. “I am Minerva,” I said. Anthony and I shook hands.

“This is Hussein. Heʼs from Egypt.” The two men nodded.

“I love Egypt!” Anthony exclaimed. “I spent a lot of time there. The Nile is beautiful. People donʼt know how beautiful the Nile is. What city are you from?”

“Hussein is my ‘adopted’ grandson,” I told Anthony.

“Let me give you some advice, young man,” Anthony said as he launched into a monologue. “First, sow wild oats. Get everything out of your system. You MUST sleep with a French woman before you settle down.”

(At this point I remembered having read in Pablo Nerudaʼs autobiography about his love affair with a French woman. Was it in Paris when he was still a student and he and his friends were tourists? My memory has him so delighted with the sensuality of the relationship that he tells his friends that they all must “get out of this town right away, or else we will be stuck here forever making love,” or something like that.)

“Be faithful to your wife once you are married,” Anthony advised. “I have been. Some guys arenʼt. Thatʼs their choice. But I am.

“The first five years together will be wonderful. But difficulties will come in five years. Donʼt leave. Stay in the marriage. Work through the difficulties — it will take two years, maybe more. It will be tough. But when you get past the difficulties you will be rewarded. The two of you will be as one person, knowing and loving everything about each other. You wonʼt have to speak — a gesture, a glance, a brief motion will be enough to communicate everything.”

Anthonyʼs monologue finished, I asked him which women he thought to be the most beautiful in the world.

“I like Mediterranean and Middle Eastern women, their dark hair, beautiful eyes, the soft, dark hair on their forearms.” He paused and softly stroked his own forearm. “But the Muslim women wonʼt sleep with a Christian.”

(What a good storyteller he is, I thought to myself. How generous he is, and how unexpected and original are the details he chooses to express his thoughts.)

He continued, “The best women are from the American South. They really know how to treat a man. But donʼt ever betray one.”

“Tell me about the Southern woman you betrayed,” I urged him.

But he dismissed me: “Itʼs too long a story. Some other time.”

As he stood up to leave, Anthony shook my hand again. Hussein got up, walked toward Anthony, and the two men shook hands and wished each other a good day.