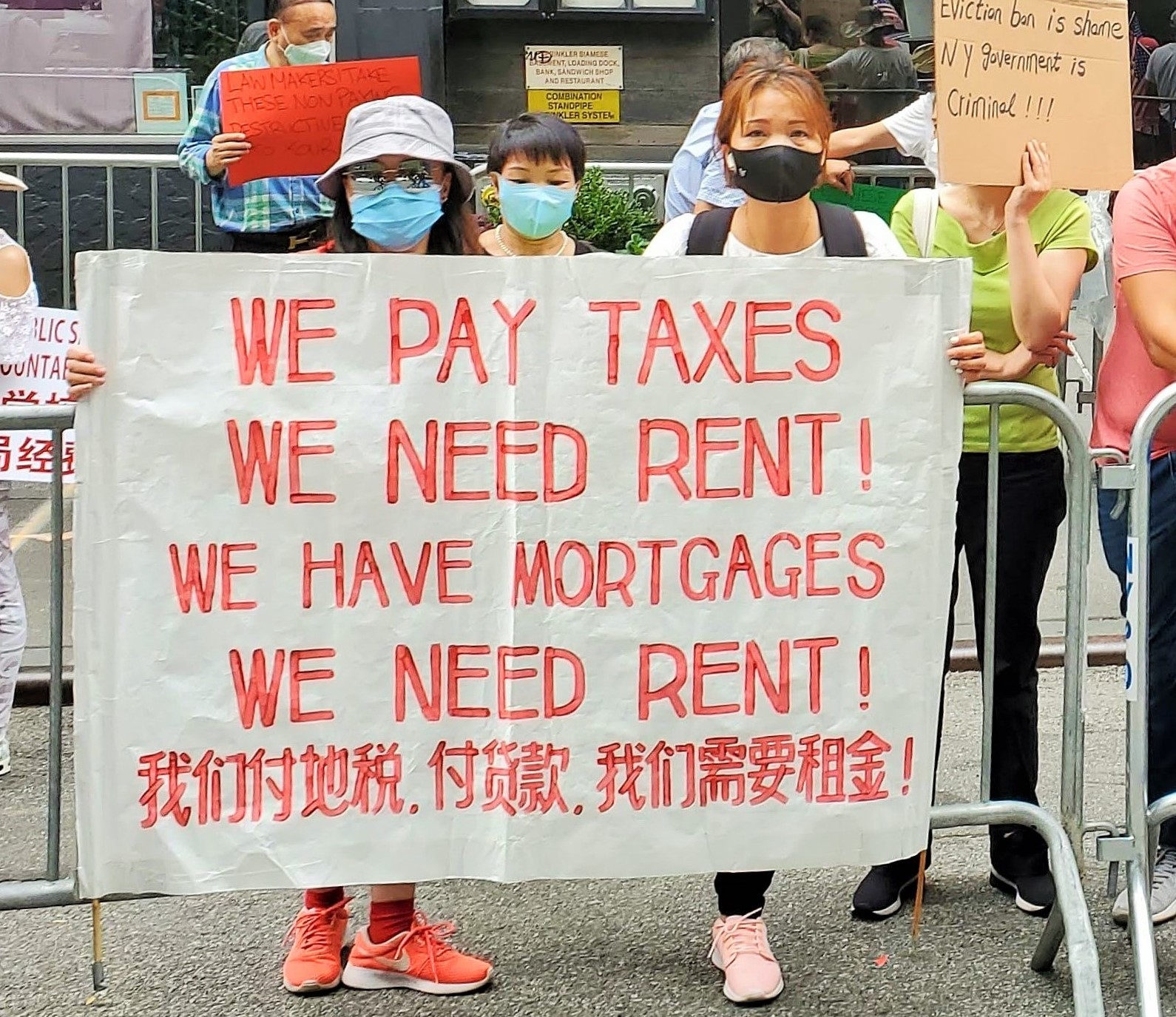 Mom-and-pop landlords at a rally in Midtown on Aug. 19 said the eviction moratorium is crushing them. (Photo by The Village Sun)

BY THE VILLAGE SUN | Small landlords from around the city rallied across the street from the governor’s office in East Midtown Thursday, calling for an end to the state’s eviction moratorium.

The suit states that on June 24, “Governor Cuomo declared that the state of emergency in New York is over, yet this arbitrary and capricious eviction moratorium remains.”

In May, Cuomo extended the eviction moratorium to Aug. 31.

The litigation aims to halt the eviction ban — slamming it as unconstitutional — and block any further extensions of it. The suit was filed on behalf of a landlord in Chemung County, which is located between Ithaca and Corning, N.Y.

The rally was organized by the group NY Landlords. The property owners say they are unfairly being asked to carry a burden that other businesses are not.

Most of those at the rally were Asian, and most of the speakers’ comments were in Chinese.

“Translation!” a non-Asian woman in the crowd called out at one point.

“The law created a situation with no rent for a year or two,” a speaker said in frustration, in English.

Infuriating landlords, while the eviction ban is meant to apply to tenants facing “COVID-related hardship,” tenants who were facing eviction before the pandemic have been protected by the moratorium, as well.

“Because the lawmakers keep on extending this unfair blanket eviction moratorium, a lot of our members are now are on the brink of bankruptcy,” a message on the group’s Web site states, in part. “The blanket moratorium…has forced a lot of small mom and pop landlords into debt and foreclosure. It’s time to stand up for our rights and get our voices heard!”

As former City Council Speaker Christine Quinn recently wrote in a talking point, estimates show that due to the pandemic’s economic downturn, 831,000 households across New York State are behind on rent, owing an estimated $3.2 billion.