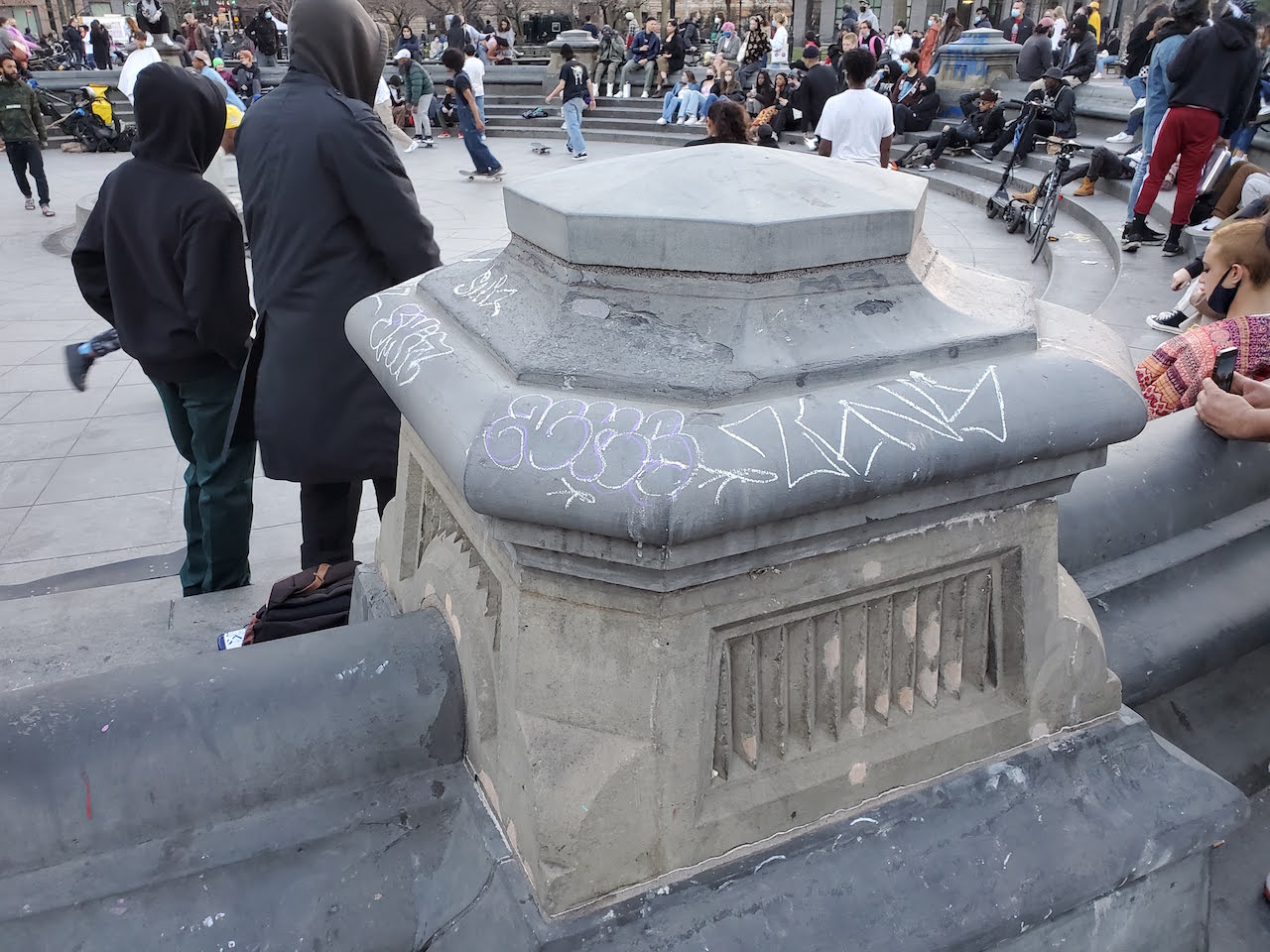 Graffiti on the historic park fountain. At least it's only chalk. (Photo by The Village Sun)

Teenage and possibly twentysomething skateboarders were out in full force in the fountain early Tuesday evening, trying to land tricks with a racket of clack! clack! clacking! Some were skating back and forth in front of the arch, as well.

You might have been drawn into the park when you heard the music — from two blocks away. A funky duo on west side of the square, with an amped-up guitar, were doing their best to keep the spirit of Daft Punk alive, jamming out on “Get Lucky.”

They sounded good. After they finished their smooth groove, parkgoers, including a little boy, happily rushed forward to put bread in their bucket.

Joining the action, a group of young cyclists zoomed past the arch and into the park. One of them zipped around the fountain while popping an impressive wheelie.

Skateboarding and amps without sound permits aren’t allowed in the park, and neither is bike riding. At least that’s what the rules say. But, hey, rules shmules. There just really doesn’t seem to be any enforcement anyway. And, well, people seem to be having fun, right? So…

What else is there to say but…party on!