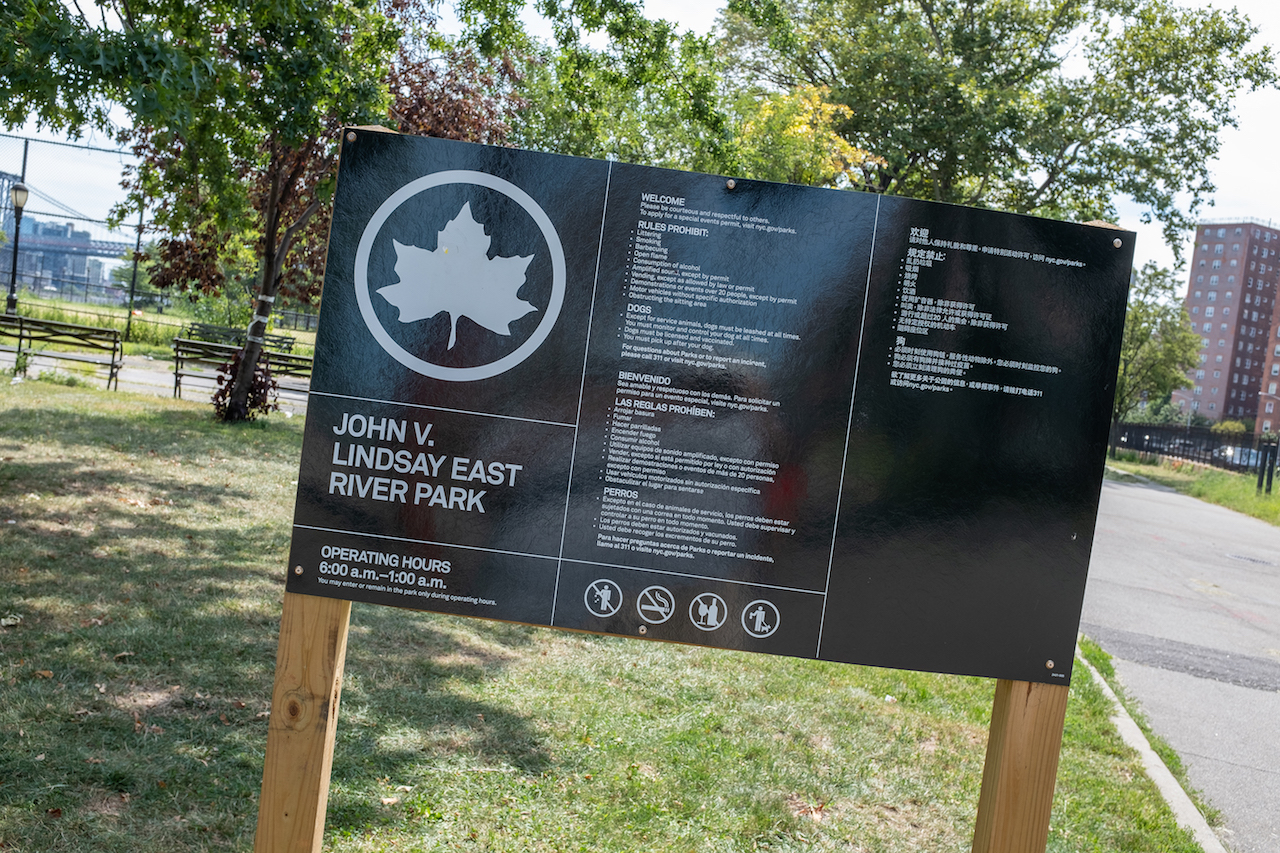 BY THE VILLAGE SUN | Updated Feb. 24, 2:25 p.m.: Following the city’s release of a heavily redacted report, the Sierra Club of New York City is urging the City Council to hold a hearing ASAP on the embattled East Side Coastal Resiliency plan.

The letter demands answers for why 50 percent of the pages are blacked out in the so-called Value Engineering Study released to the public. (A 2018 feasibility analysis for E.S.C.R was similarly heavily redacted before being publicly released.)

The environmental group also raises the alarm about tons of potentially unhealthy fill being used to jack up East River Park above the floodplain.

And they also ask why, eight years after Sandy, the park still has no interim flood protection, “leaving the whole Lower East Side of Manhattan exposed.”

The missive echoes a suspicion of the project’s critics, when it states, “Many have expressed serious concerns of a boondoggle benefitting private interests.”

On Feb. 18, five members of the New York City group of the Sierra Club — the nation’s leading grassroots environmental organization — wrote to Council Speaker Corey Johnson, Councilmember Carlina Rivera and roughly a dozen other councilmembers who sit on key committees with oversight on the E.S.C.R. project.

“The Sierra Club has always stood for full transparency and community involvement in all environmental policy making, at all levels of government,” the letter states. “In that vein, The NYC Group of the Sierra Club strongly urges and calls upon the City Council’s Committees on Environmental Protection and…Parks and Recreation…to hold a joint oversight hearing on the East River Coastal Resiliency Project or ESCR.

“The Mayor on September 28, 2018, issued a press release announcing a new plan to replace the East River Park, which usurped the previous plan worked out with significant community input,” the letter notes. “The new plan, however, was presented by the Administration, as a fait accompli, without opportunity for meaningful review or input by the impacted community or expert environmental or park organizations. The Administration cited a so-called ‘value engineering study’ as the purported basis for its new Plan. The Administration stated that ‘The adoption of the new [plan’s] design follows a value engineering study performed earlier this year and a review of the project by a panel of experts with experience from around the nation.’ In October 2019 Lorraine Grillo, Commissioner of the Department of Design and Construction (DDC) added: ‘A panel of independent experts, with experience in similar projects around the country, was convened in conjunction with project stakeholders to review and provide outside perspective on the design process. Additionally, a constructability review was performed in summer of 2018.’

“Advocates filed a Freedom of Information Law (FOIL) request with the Department of Design and Construction (DCC) requesting a copy of this value engineering study,” the letter continues. “The City’s initial response stated that no such report existed. The Administration also denied access to the engineering value study to Borough President Gale Brewer, who had hired an independent reviewer to evaluate the new plan. This led BP Brewer to call for ‘improving transparency and stakeholder engagement…’ Finally, after much pressure, the Administration reversed its position, admitting the existence of the study, which it proceeded to release — with 50% [of its pages] blacked out. The pages or sections redacted include the following, which could be expected to provide critical information:

● Names of the ‘Technical Team Members’ and its leadership,
● Advantages and Disadvantages of eleven ‘Significant Proposals’ and five ‘Recommendations’
● How cost estimates were arrived at (pages 1-2 of the Executive Summary)
● Risk comparisons that relate to the project and the Con Ed plant in the site are mostly blacked out
● Any discussion of alternatives
● Discussion of Pier 42 where summer events are held, are blacked out.

“These pages or sections certainly cannot be said to contain information which if released would endanger public safety or violate personal privacy,” the Sierra Club members’ letter notes. “We would think that the Council in its oversight capacity would have an interest in learning the content of these pages and why the Administration took such pains to redact them. To make matters worse, the one part not redacted remains woefully incomplete. The Administration’s plan, as reflected in the non-redacted portions of the released study, requires over one million tons of fill. Community advocates have asked for information on the kind of fill that is being proposed. The Sierra Club has expressed our concern that the fill not contain toxins with devastating long-term health effects on children who will play in the park and even shorter harmful impacts on persons of all ages, especially those of us with certain preexisting conditions. The City has not revealed its plan to acquire the needed fill. Instead, the released document states (on page 6) that ‘the quantity of fill is higher in the Alternative proposal [the new plan the Administration is pushing] than it is in the Baseline design [original design the new plan replaced], which increases the risk that fill will be difficult to source’ (our emphasis). The Sierra Club has serious concerns that without publicly released and reviewed fill parameters, the ‘difficulty to source’ will result in the City settling for fill which could contain the harmful toxins. Certainly, the Council will want to safeguard the public health by holding a hearing on this matter.

“The secrecy, inadequacy and sequence of events and information releases have left many perplexed and disturbed,” the environmentalists charged. “Advocacy groups and community leaders involved in the community-based plan that had taken four years, which included City officials, were left in the dark as to any follow-up by the Administration, only to find that city officials had been working in secret on an alternative plan that would destroy the 58-acre park to raise it 8 feet and reconstruct it. Many have expressed serious concerns of a boondoggle benefitting private interests.

“The Sierra Club feels certain that you recognize that it remains the duty of the City Council, with its subpoena powers, to investigate what is going on as millions of dollars are being spent and bids are being placed on a quasi-secret $1.4 billion plan,” the letter declared. “Most importantly, it remains the Council’s responsibility to safeguard the public health and uphold our City’s environment. The Sierra Club has many other questions and concerns about what we understand to be the City’s current East River Plan. We would be delighted to share these with you and work with you and your Committee staffs to prepare the hearing.

“We recognize that time is of the essence,” the letter concludes. “The Sierra Club NYC Group has been in the forefront of calling for effective resiliency planning by our City. The Administration’s current plan comes eight years after Sandy Superstorm — while not even an interim flood-control measure has been put in place, leaving the whole Lower East Side of Manhattan exposed. We call upon your Committees to conduct this hearing expeditiously, so that an East River resiliency program can proceed quickly and soundly.”

Speaker Johnson and Councilmember Rivera did not respond to requests for comment on the Sierra Club’s call for a hearing on the East Side Coastal Resiliency plan and also the redactions in the Value Engineering Study.