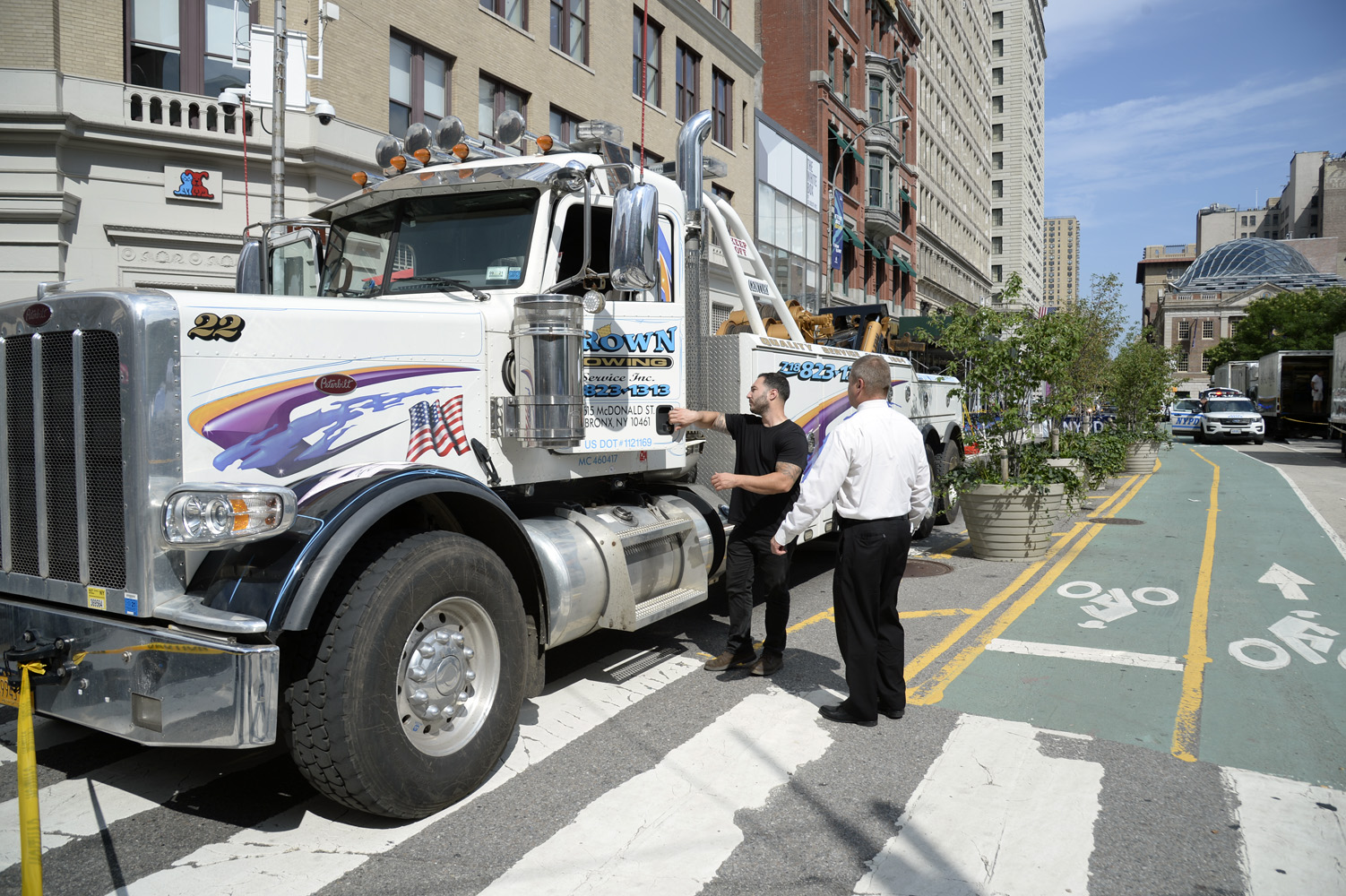 The man in the black T-shirt was identified by a police source as the driver of the large tow truck that struck and killed a woman on 17th St. between Park Avenue South and Broadway next to the Union Square Greenmarket on Wednesday afternoon. (Photo by © Jefferson Siegel)

Police identified the victim as Antoinette Turrigiano, 85, of Lindenwood, Queens.

According to a police spokesperson, Turrigiano was crossing midblock at E. 17th St. and Broadway when she was hit by a “heavy-duty” 2016 Peterbilt tow truck traveling westbound on 17th St. Apparently, it happened right in front of the Barnes & Noble superstore.

“She may have been jaywalking,” a police spokesperson said, though adding that the information was still coming in.

The woman was pronounced dead at the scene by E.M.S.

Her body lay under a sheet well over an hour and half on a hot afternoon while the Police Department’s Collision Investigation Squad was at the scene.

The driver remained at the location, police said.

— With reporting by Mary Reinholz