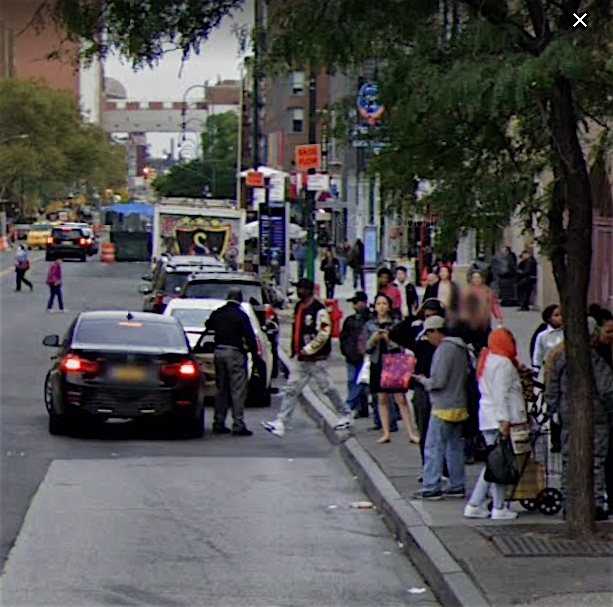 The victim may have been struck near this spot on E. 14th St. (Google Street View)

Police still have not released the identity of a septugenarian cyclist who was fatally struck by an SUV outside Stuyvesant Town on Tues., May 5.

On that day, around 10:18 a.m., officers responded to a 911 call of a cyclist hit on E. 14th St. near First Ave. Cops found a 72-year-old woman unconscious and unresponsive with severe trauma to the head.

An E.M.S. ambulance transported the victim to Bellevue Hospital where she was pronounced dead.

According to a preliminary police investigation, a 33-year-old man was driving a 2019 Cadillac SUV eastbound on 14th St., when he reversed into a parking space. The cyclist was crossing E. 14th St. from north to south midblock, when she was struck by the SUV as it was backing up.

The vehicle’s operator remained at the scene.

Apparently, the woman did have ID on her. But police spokespersons told The Village Sun that while they do know the woman’s identity, per department protocol, they cannot release her name until they first notify her family.

However, to date, police have been unable to track down any family members for her.

Sergeant Vega, from Stuyvesant Town Public Safety, said while he did not know who the victim was, he did know that she was not a Stuy Town resident.

The Village Sun will keep trying to find out the woman’s identity.