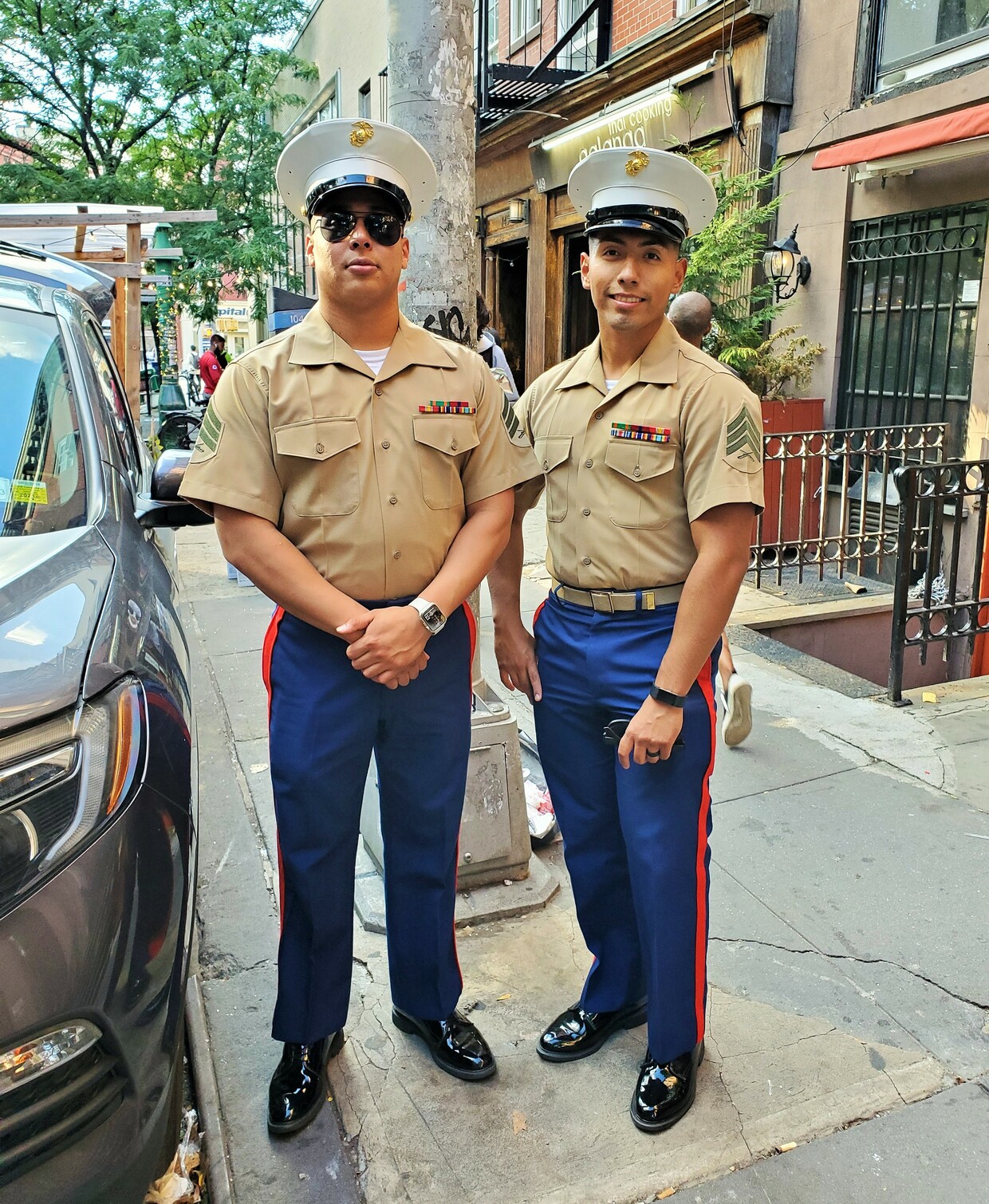 Send in the Marines!

BY THE VILLAGE SUN | From the halls of Montezuma to…Greenwich Village.

Marines were out in force on W. Fourth Street between MacDougal Street and Sixth Avenue on Thursday afternoon. No, not because they had read The Village Sun’s recent in-depth report on the block becoming an open-air drug den.

It was just a coincidence. A group of the “grunts,” as they call themselves, had just had a promotion event, and were now out “on the town.”

Based in Brooklyn at Floyd Bennett Field, Sergeants Ruben Acosta and Luis Aguirre — who are from Texas and California — said they were taking in the sights. They had just seen the Statue of Liberty and Times Square. Asked what brought them to the Village, Aguirre said, “We googled it. It looked good.”

One of their comrades said they had hit a Los Tacos No. 1 on Church Street in Tribeca and loved it.

“By far the closest I’ve had to Mexico [style],” he raved of the place’s tacos.