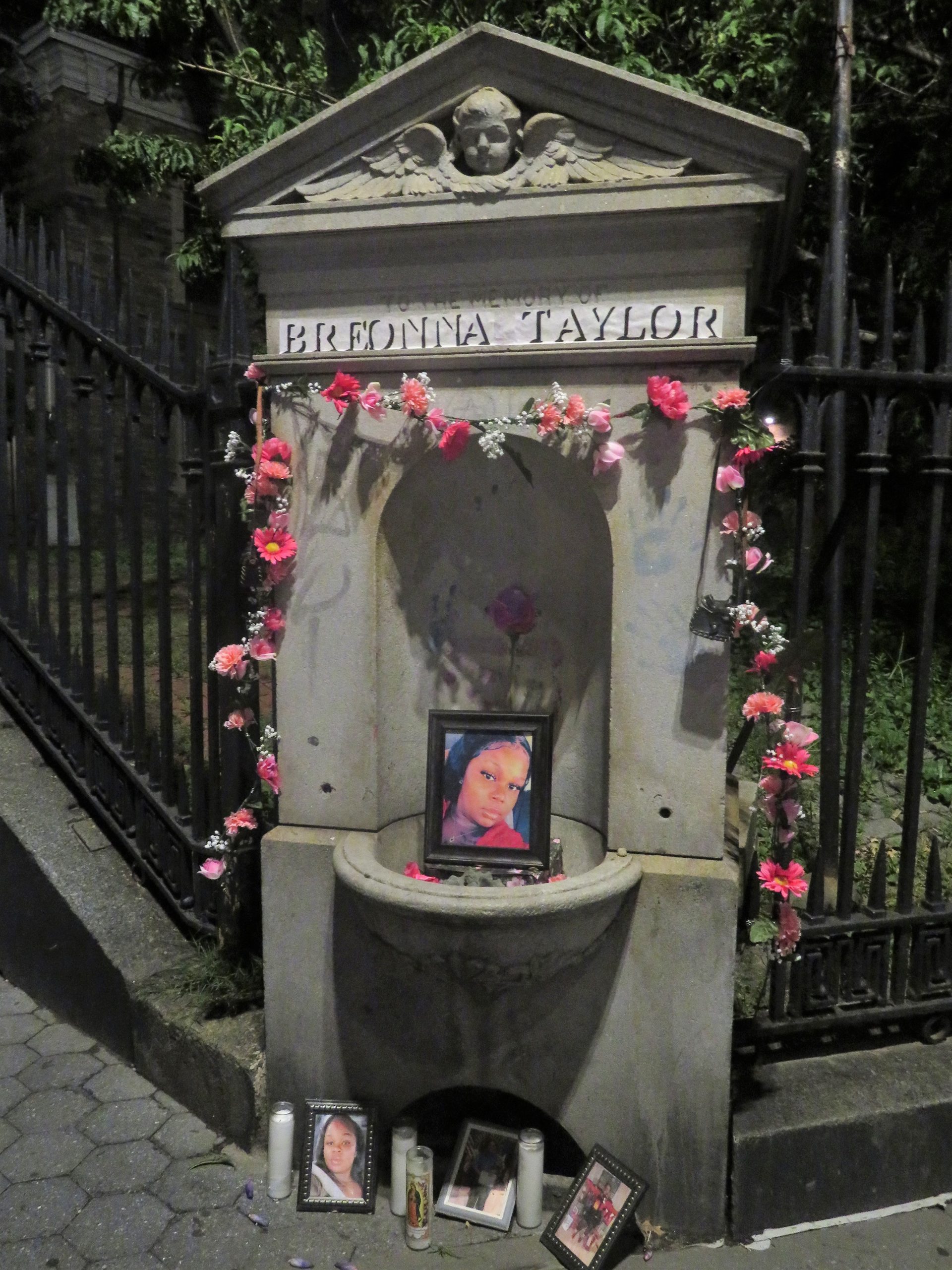 A memorial to Breonna Taylor in the fountain at St. Mark's Church in the Bowery. (Photo by Everynight Charley Crespo)

The fountain at St. Mark’s Church in the Bowery next to Abe Lebewohl Park was recently turned into a memorial to police shooting victim Breonna Taylor.

Taylor, a 26-year-old E.M.T., was fatally shot when Louisville, Kentucky, police executed a no-knock search warrant for drugs at her home this past March. Gunfire was exchanged between Taylor’s boyfriend and the officers. Taylor was struck multiple times. No drugs were found in her home.

Taylor is prominently mentioned in the #SayHerName campaign, which seeks to raise awareness of black female victims of police violence.