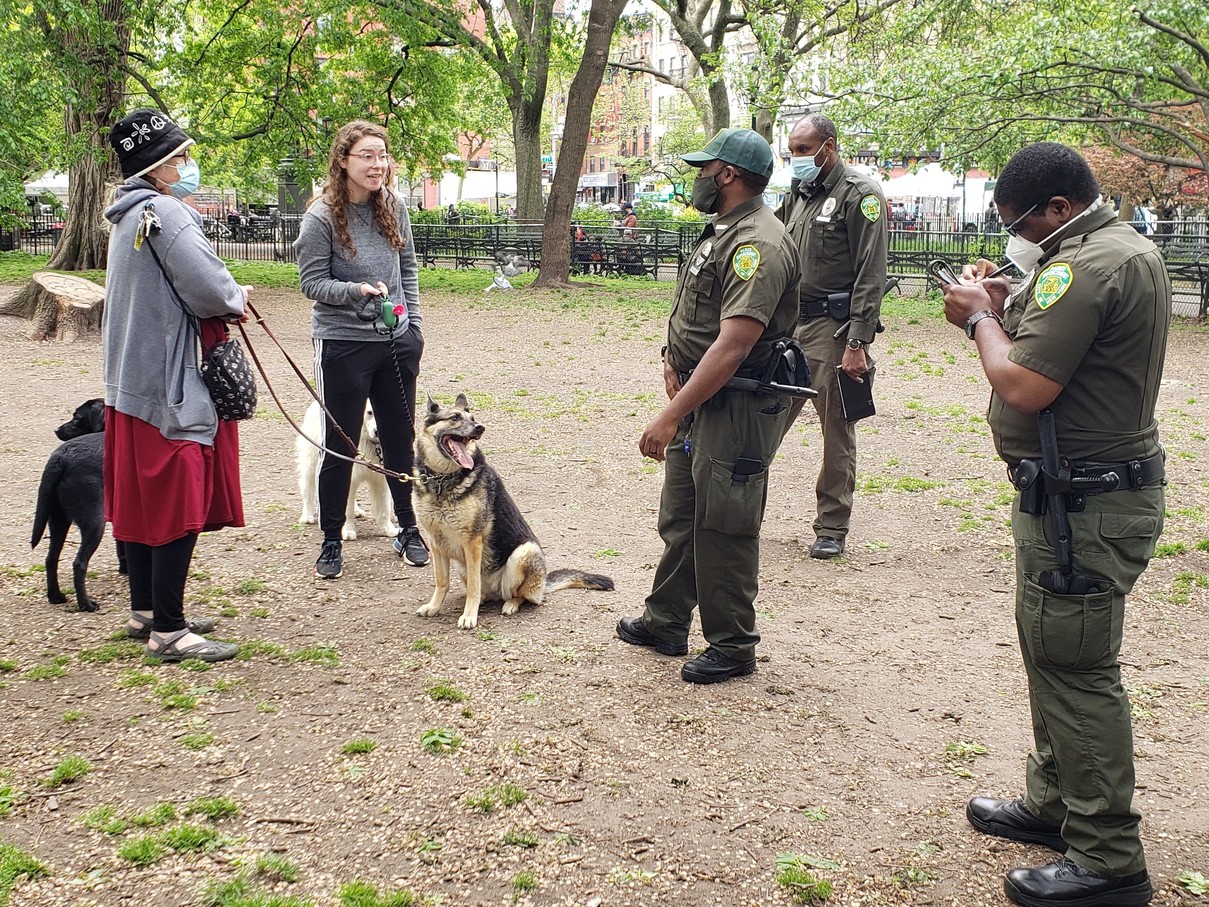 Ruff break: Ticketed for dogs off leash in Tompkins

BY EVERYNIGHT CHARLEY CRESPO | About 11:30 a.m. on Sunday, Mother’s Day, three Park Enforcement Patrol officers were seen conversing with two dog owners in Tompkins Square Park, on the park’s Avenue A side, near St. Mark’s Place.

The officer on the right was issuing a fine, copying the information from one of the local’s identification. Presumably the officers were ticketing the two women for letting their dogs loose in the fenced-in area.

Meanwhile, several families a few yards away grew impatient waiting for Parks Department staff to unlock a playground for their toddlers. The Parks officers ignored the shouts from the parents asking for their help.

It wasn’t clear if it was these PEP officers’ duty to open the playground. Meanwhile, another playground in the park, by Avenue B and E. Eighth St., had already been opened and kids were using the swings there.