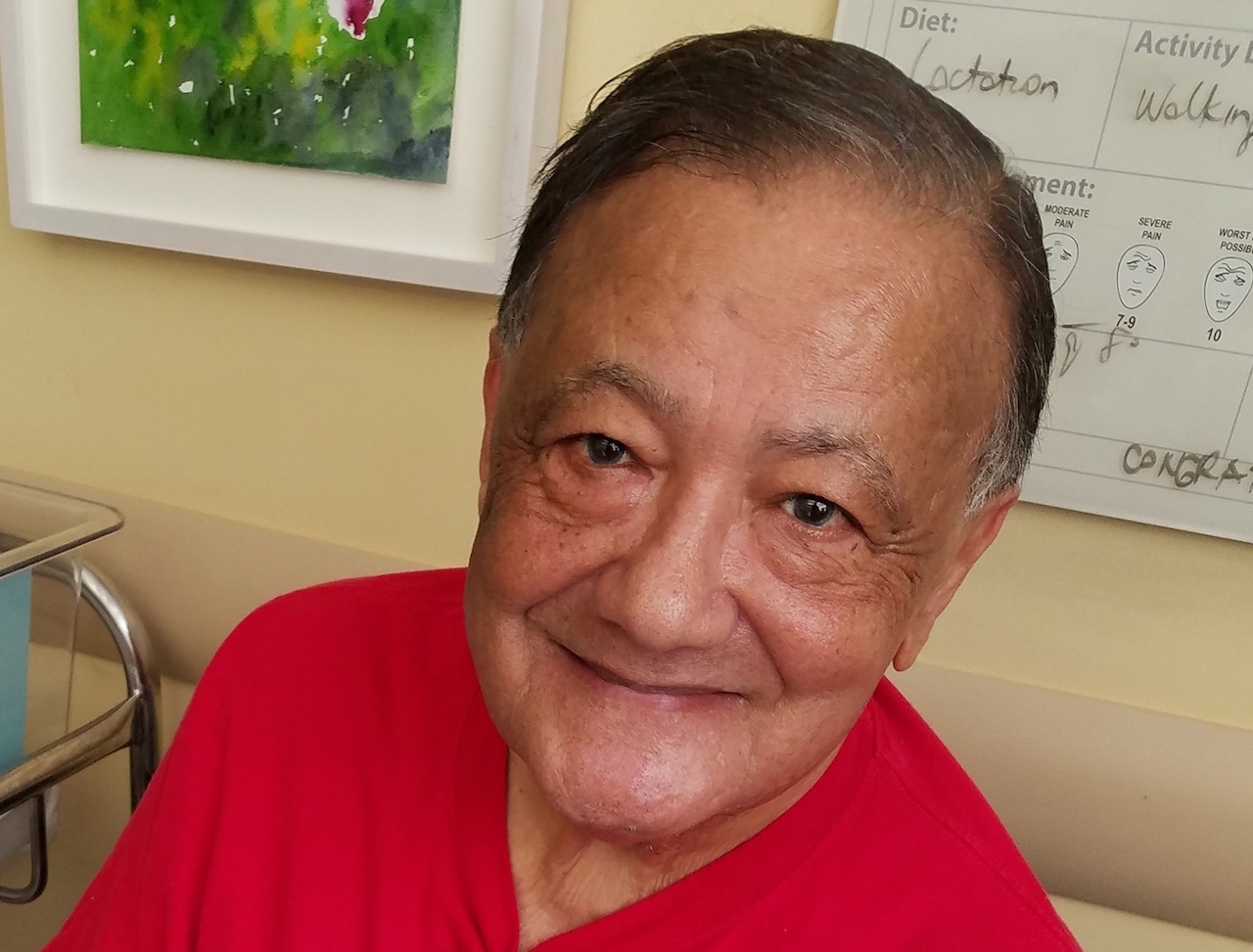 Roberto Napoleon was a longtime power at the Baruch Houses. (Courtesy the Napoleon family)

According to his daughter Camille Napoleon, her father was in a home hospice when he passed away due to kidney failure. She said he died pain free and with his family near him.

Roberto Napoleon, who was politically active since the 1970s, was the T.A. leader of the sprawling Lower East Side public-housing development for more than 50 years.

“I believe he’s the longest-serving tenant association president in the borough of Manhattan,” Caballero said, “because everyone gets knocked out or they pass on. But he held onto that seat.

Caballero, a former Democratic district leader, was initially a rival of Napoleon’s but later became “like a brother,” he said. Caballero was also former executive director of the Pueblo Nuevo housing organization.

Napoleon’s leadership of the Area Planning Board, in particular, was a key position.

“The Planning Board determined what nonprofit was going to get antipoverty funds and how much,” Caballero said. “To be frank about it, the Area Policy Board of the 1970s and ’80s was a patronage mill. That didn’t change until into the 1990s.

The Baruch Houses, with 2,100 apartments, is a voting bloc that Napoleon could reliably turn out during elections.

“All the elected officials would come to Baruch Family Day and ‘kiss the ring,'” Caballero noted, “because he can deliver a vote.

“At his height, he could deliver 300 votes out of Baruch,” Caballero said, adding, “Not everyone votes.

“He supported Nydia Velazquez when she ran for Congress the first time around.”

Velazquez issued a statement about Napoleon on Dec. 15.

“The Lower East Side has lost a giant in Roberto Napoleon,” the congressmember said. “Arriving to the neighborhood from Puerto Rico when he was just 14 years old, Roberto spent his life advocating for his fellow tenants, neighbors and community.

“Finding a growing Latino community on the Lower East Side, he fought to expand community services and public-safety measures to promote an enriching and safe neighborhood for working families.

“As the longtime president of the Baruch Houses Resident Association, Roberto gave voice to the needs of tenants, working to answer and advocate for the calls and concerns of each and every resident.

“Roberto never lost sight of his ties to the Island and was instrumental in bringing the history and spirit of Puerto Rico to the City. He served as president and general coordinator of the first Puerto Rican Folklore Festival in Central Park and helped to coordinate the First Puerto Rican Day Parade in New York City.

“His passing is felt by so many in our community, including all the tenants who will remember him as a leader and a friend. My heart goes out to his five children, Camille, Joann, Gilberto, Roberto Napoleon Jr., and Magda Ferrer; 11 grandchildren and 10 great-grandchildren.”

According to Caballero, Napoleon had wanted his daughter Camille, who was Baruch T.A. vice president, to succeed him and become T.A. president. However, that has not happened apparently because the development did not hold an election, which is required every three years.

Napoleon’s fiercest rival at Baruch was activist Israel Perez, who has lived in Puerto Rico for some years now. The Village Sun reached out to Perez via Facebook for comment on Napoleon’s passing but did not get a response by press time.

Napoleon’s viewing and wake was held on Wed., Dec. 16, at Ortiz Funeral Home, at 22 First Ave., between First and Second Sts. Before the public was allowed to enter, there was a private viewing for the Napoleon family.

Even though the wake was held during a snowstorm, more than 100 people attended. Among those who paid their respects were Councilmember Carlina Rivera and her husband, Jamie Rogers, Assemblymember Harvey Epstein, State Supreme Court Justice Adam Silvera and local activists Mildred Martinez and Jasmin Sanchez.

Everyone was required to wear a face mask and practice social distancing, and the number of people allowed inside to view the open casket at any given time was limited. There were floral arrangements, along with a “history board” of photos of Napoleon through the years and a large display of plaques that he had been honored with.

Caballero said that, at the wake, he mentioned the idea to Rivera of co-naming Baruch Drive “Roberto Napoleon Way.”

“Her response was that I was the third person to propose that to her and that Congressmember Velazquez had also proposed that to her, as well,” he said.

Velazquez could not attend but personally contacted the Napoleon family to express her condolences.

The mother of his children, Maria Amaro, who resides in Puerto Rico, was said to be unable to come to New York due to COVID-19 restrictions. The couple reportedly never formally married.

Correction: Lilah Mejia did not attend the service for Roberto Napoleon at the Ortiz Funeral Home.