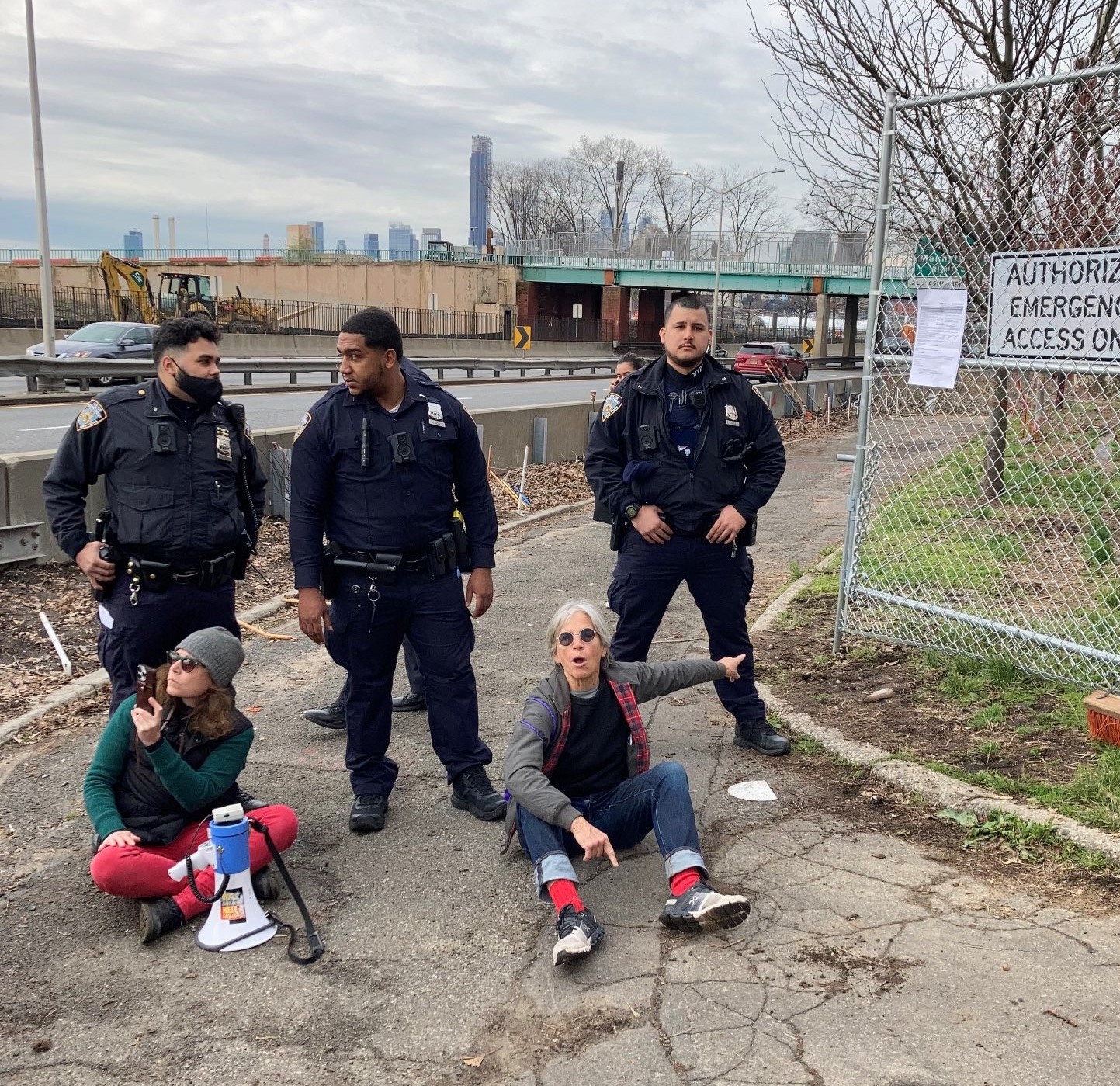 BY THE VILLAGE SUN | Park defenders stopped workers from fully cutting down any trees in Corlears Hook Park on Sunday morning as two protesters were arrested.

Billy Talen, the performance artist known as Reverend Billy, and Francis Pandolfino were led away from the Lower East Side park in handcuffs.

“Stop! Ecocide!” Talen shouted at a video camera as he was taken off.

This is what happens when you protect the environment pic.twitter.com/8ZISeX43Uw

Around 7 a.m., Emily Johnson, one of the leading protesters — a member of the Yup’ik Nation who identifies as a land and water protector — tweeted that sections of 80-year London plane trees were being sliced off by chainsaw and that the two arrests had been made.

The workers ultimately backed off.

Lenapehoking means “homelands of the Lenape,” the Native American people who formerly inhabited the region.

The city plans to cut down a stand of cherry trees and other trees in the northeastern part of Corlears Hook Park as part of its plan to replace the Corlears Hook footbridge to East River Park and also upgrade drainage at the location.

The work is part of the $1.45 billion East Side Coastal Resiliency project, which calls for destroying the existing East River Park and then raising it 8 feet to 10 feet to prevent coastal flooding. Most of the park south of Stanton Street has already been clear-cut and currently resembles a wasteland.