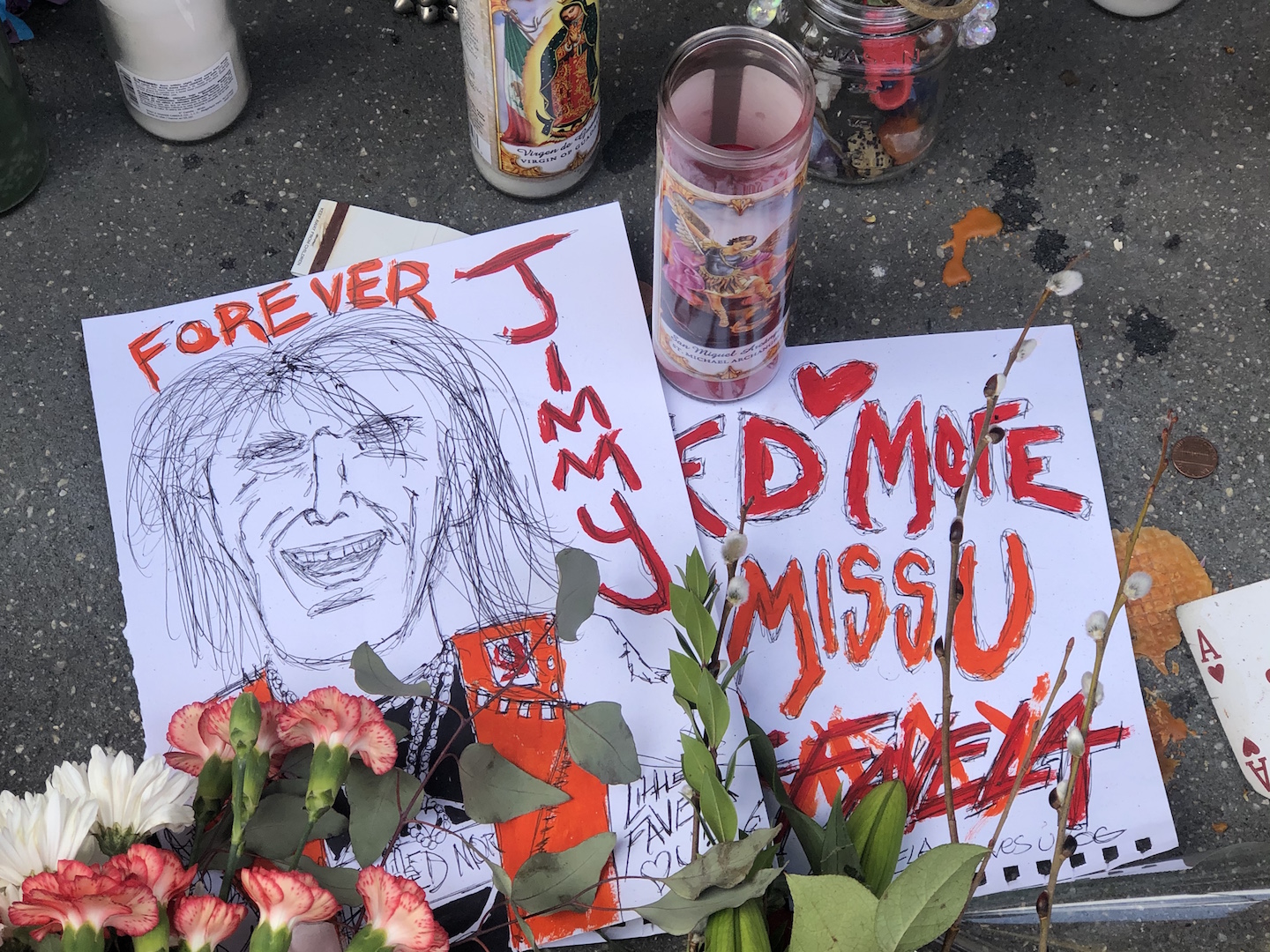 Friends and fans left flowers, candles and drawings at a memorial to Jimmy Webb on Thursday. (Photo by Trigger)

With flowers, candles, cards and a shirt with “R.I.P. Jimmy” on it, friends and fans of fashion icon Jimmy Webb paid tribute to him at his store on Thursday.

With the pandemic still raging — though reportedly “plateaued” in New York City — people made sure to observe social distancing outside I Need More, at 75A Orchard St.

Trigger, of Continental bar fame, paid his respects in true rock ’n’ roll fashion. He played Iggy Pop tunes — “Lust for Life,” “The Passenger” and “No Fun” — on a JBL mini-speaker he propped in front of a pink bird amid the memorial.

“About a dozen people stopped by the half hour I was there,” Trigger e-mailed The Village Sun. “All very distant and safe. Heartfelt looks and moments. And I placed a speaker in the shrine and of course played Iggy for the sweetest guy I’ve ever met. And I’m gonna Toast and Post to Jimmy tonight at 9 ♥️”

Webb, 62 — who died of cancer, according to friends — was the longtime salesman and buyer for Trash and Vaudeville, the legendary St. Mark’s Place punk and rock fashion boutique. He outfitted many of music’s biggest names, from Debbie Harry and Slash to Prince and Lenny Kravitz.

Four years ago, he opened his own boutique, I Need More, on the Lower East Side.