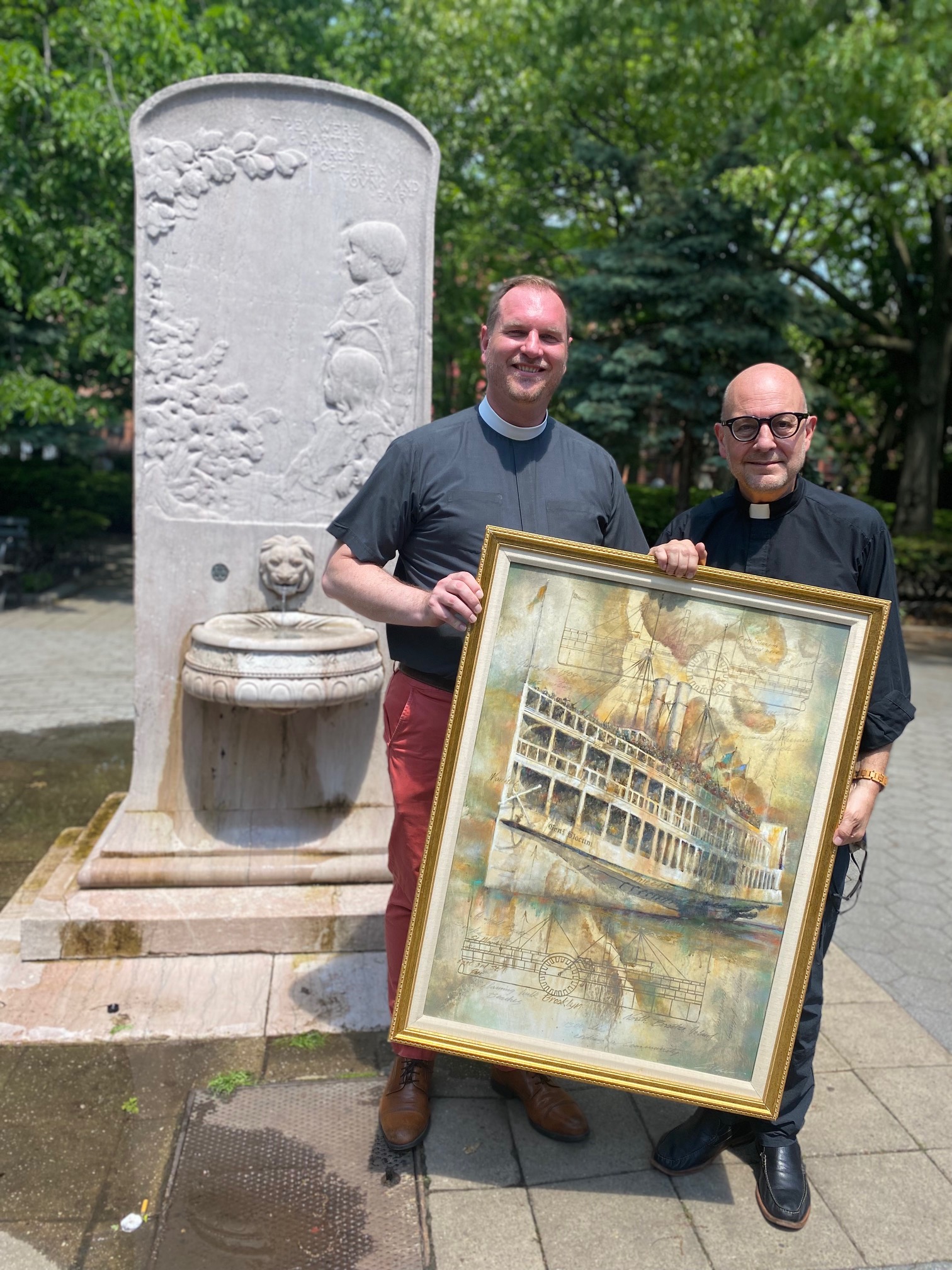 Pastors Will Kroeze and Marsh Drege at the General Slocum Memorial. (Photo by Chris J. Ryan)

BY THE VILLAGE SUN | Pastor Will Kroeze of Trinity Lower East Side Parish and Pastor Marsh Drege, executive director of Seafarers and International House, visited the Slocum Memorial Fountain in Tompkins Square Park on Sunday. There they held a talk on the crushing early 20th-century disaster that rocked the East Village and the entire city.

The tragic incident’s actual anniversary is June 15. On that date in 1904 the General Slocum, a sidewheel “excursion ship,” was chartered by St. Mark’s Evangelical Lutheran Church to take 1,358 passengers — mostly women and children from the East Village’s Kleindeutschland (“Little Germany”) community — on a trip out to Long Island Sound for a picnic at Locust Grove.

About a half hour after departing, a fire broke out — likely started by a carelessly tossed cigarette butt or match — and quickly spread. Fire hoses and life vests were rotten and lifeboats were in disrepair and the crew was unprepared in how to deal with a fire. Most of the passengers could not swim.

The captain was waved off from docking near a lumber yard in Upper Manhattan for fear the ship would ignite the piles of wood. He tried to make for North Brother Island but the ship’s speed only fanned the flames.

Only 321 passengers survived. It was New York City’s and America’s worst disaster up until 9/11, when nearly 3,000 people were killed.

The ship’s captain was sentenced to 10 years in prison for the vessel’s lack of fire-safety preparedness but got off with only serving four.

The tragedy decimated the East Village’s German community, which never recovered from it. Its remaining residents moved away to Yorkville on the Upper East Side and elsewhere or even back to the old country.