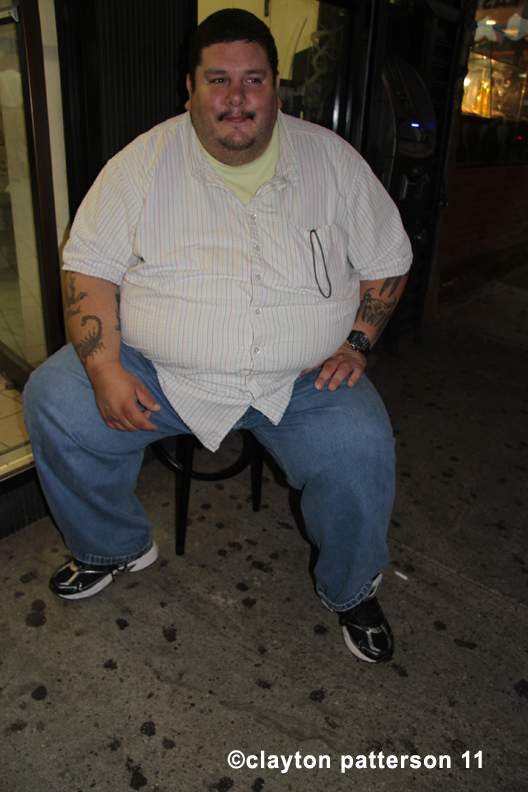 BY CLAYTON PATTERSON | Juan “Stevie” Guzman, or “Big Steve” as I knew him, sadly has left this world because of heart complications.

Big Steve lived and grew up on E. Third St. He was one of the local kids who played with the children of the New York City Hells Angels. His father was forever immortalized as being one of the neighbors interviewed in the movie “Hells Angels Forever.” He had stories, old-school stories of the wild adventures he witnessed on Third St.

I first got to know Big Steve because of the important role he played at the NYC International Tattoo Convention. He ran the tickets at the door entrance into the Roseland Ballroom, and he was the overnight security guy. Since it was my job to get there first and open the door, I would be the first person Big Steve would see, and there he was always ready to make you smile.

When off from work he could often be found hanging in front of the laundromat on the corner of First Ave. and Second St.

He was on the security team at the local R G Ortiz Funeral Home on First Ave. whenever a significant, crowded funeral took place. Like the funeral of 6-year-old Elisa Izquierdo, who was murdered by abusive parents. Elisa’s murder created a major public outcry.

He lived a good life. He was a good man, a good neighbor and a good friend.