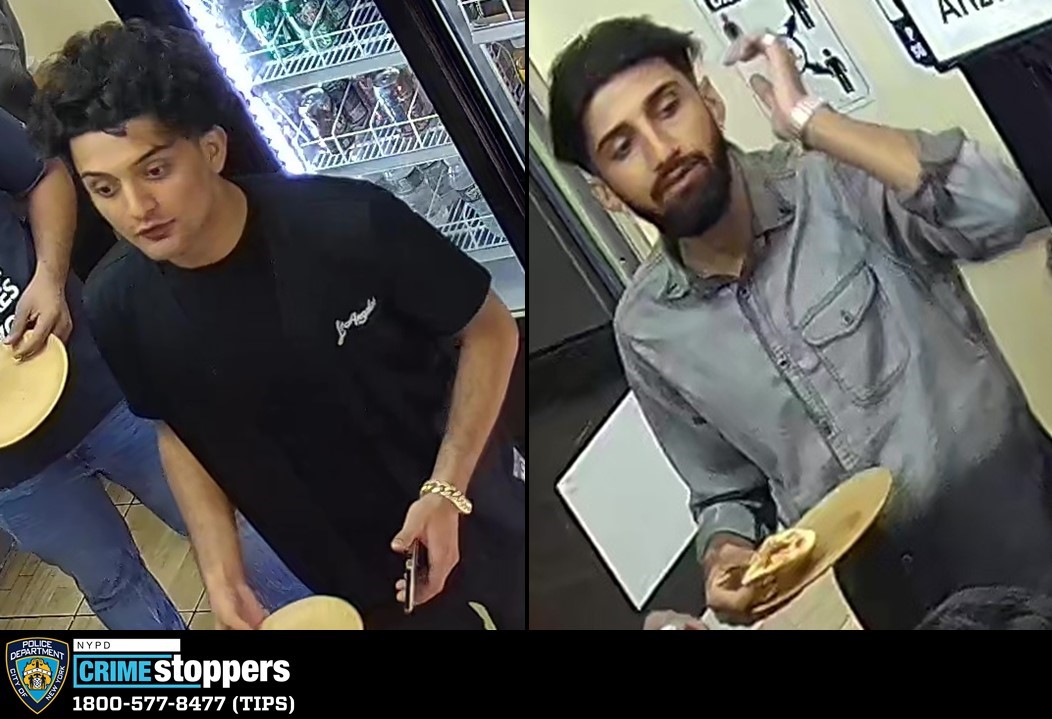 Police want to talk to these two guys in connection with the reported incident. (Courtesy N.Y.P.D.)

Punches and slurs in ‘anti-gay assault’ on Seventh Ave. South

According to cops, on Sun., June 19, around 3:25 a.m., a 27-year-old man was in front of 29 Seventh Ave. South, between Morton and Bedford Streets, when he was approached by a group of unknown persons. Around two members of the group uttered anti-gay slurs and punched the victim multiple times in the face and body before fleeing, the victim told police.

The man suffered minor injuries and did not require medical attention.

Police released surveillance-camera images of two of the suspects eating slices inside a pizza place.