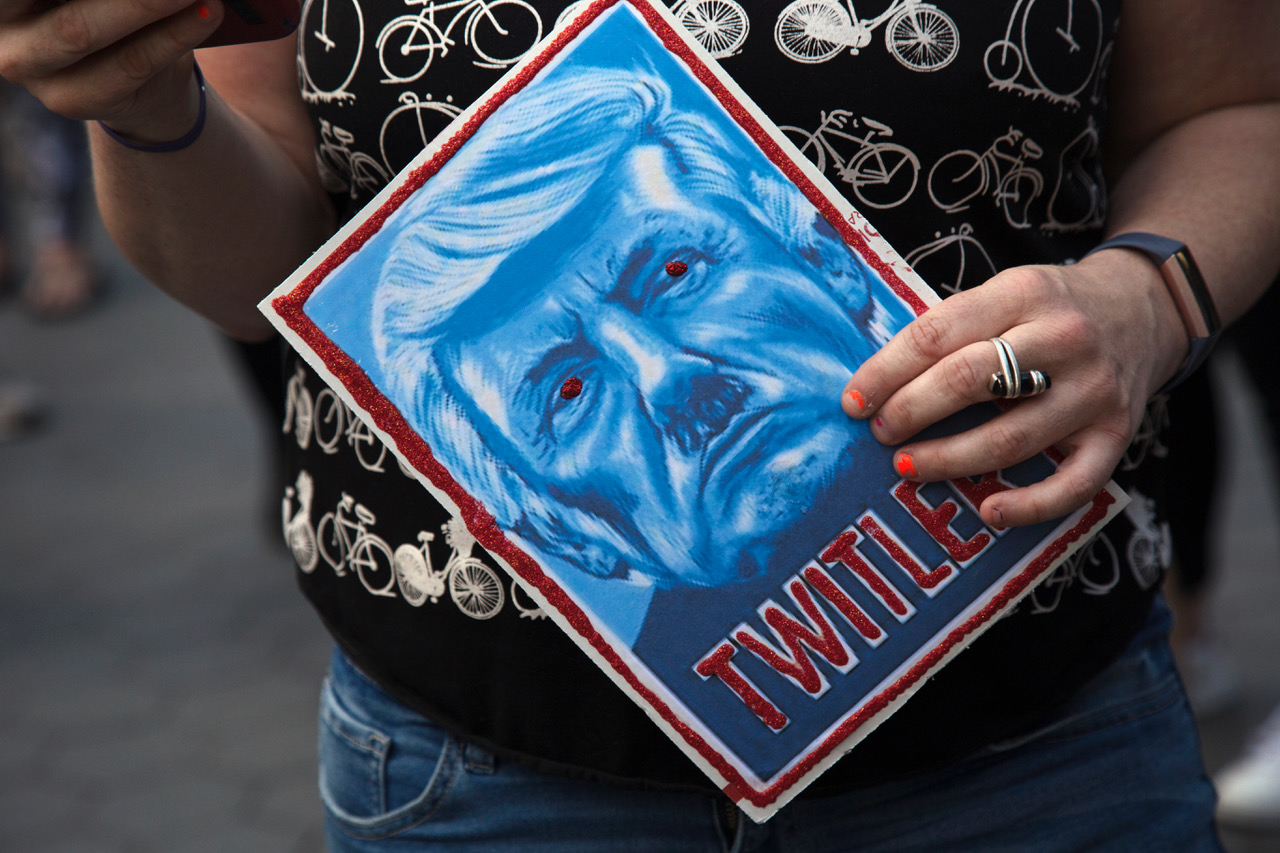 In the wake of George Floyd’s killing, protests demanding racial justice and police reform continue to sweep the nation.

On Sunday in New York City, demonstrators rallied, among other places, at Columbus Circle, outside the Trump International Hotel and Tower.

As usual, along with their signs, much of protesters’ ire was focused on Trump.

The divisive, “law and order” president has threatened to call in the military to quell the demonstrations.

The Columbus Circle rally was organized by Warriors in The Garden, a group dedicated to peaceful protest.

Their name comes from the proverb, “It is better to be a warrior in a garden than a gardener in a war.”