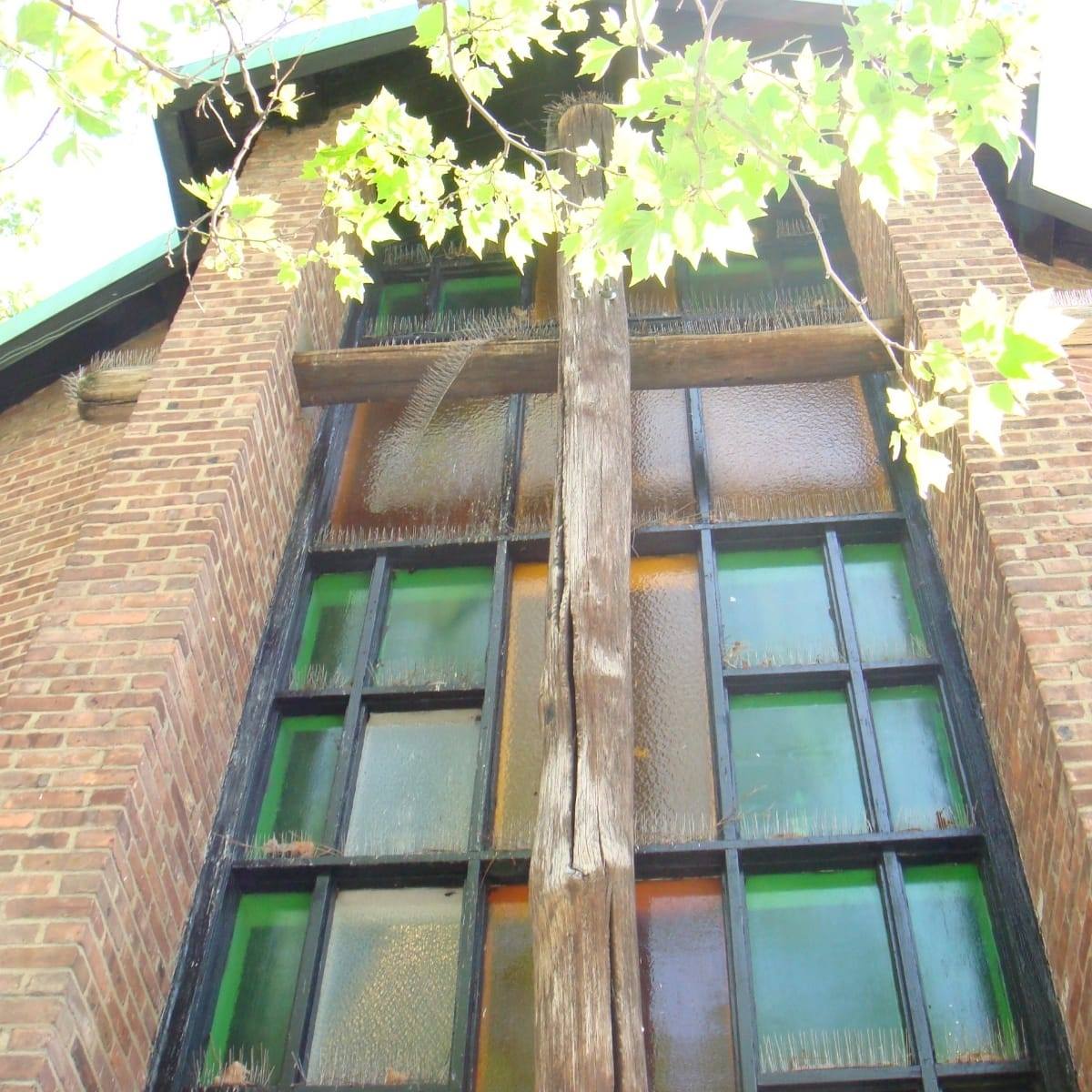 BY KEVIN HARRIS | Quick story: Slaveowners bring slaves to the Lower East Side, capture local Native Americans, force them to cut a road along an existing native trail to the northern boundary of a newly swindled colony.

The trail slaves were forced to cut was present-day Columbia St. and it ended at what was then the plantation of Director General Peter Stuyvesant. The importance of this quick story is to detail reasons why DeWitt Reformed Church, at 280 Rivington St., should be landmarked and a plaque regarding its historic, beautiful but controversial background displayed.

Check this out: Frame in your mind the existence of three functioning plantations, stretching from the Smith Houses on the Lower East Side up to E. 23rd St., between Columbia St. and Second Ave. Notable plantation owners of that day included Colonel Henry Rutgers, Judge James Delancey and Peter Stuyvesant.

Stuyvesant is key in this story because his arrival to the island is when the full-scale take-over of Manhattan begins. Stuyvesant forced enslaved people to create a road through the wilderness to his plantation estate and farm, parallel to the Bowery street, the main road to his home.

Off Columbia St., where it is crossed by Rivington St., a small mission would be key and influential in the survival of early Africans in this country. The mission would be constructed to serve the needs of the poor living not far from the East River shoreline. If you have any doubts about slavery existing on the LES, just check out the slave galleries above the pulpit at St. Augustine’s Church, on Henry St. (Rest in power, Deacon Hopper.) Another point of reference, in 1639 slave quarters were reported along the East River shore. Fact.

Built by Belgian Huguenot settlers who arrived in 1624, DeWitt Reformed Church began as a little mission that actually stood where the Masaryk Towers shopping plaza currently is today. But the structure was destroyed by fire and relocated across the street on Rivington St. Another really important aspect to consider is why the government allowed DeWitt Church to be the first Protestant church ever maintained on New York City public housing grounds, another example of important history being undermined.

Remember that this mission was built at the nexus of three major plantations and off of what could be considered a “low-level, back-alley slave road” to Stuyvesant’s exclusive plantation. Most important, despite Dutch backlash, the first baptism of a black child, as well as the first recorded marriages between early “retired” black couples, all occurred at the little mission that evolved into present-day DeWitt Reformed Church.

This priceless progressive aspect of American history must be recorded and landmarked. This is a no-brainer. By recognizing important landmarks in the community, you enrich the people who reside within it. It helps boost the economy through interest and tourism, which, in turn, reflects extremely well on the LES, where practically every step you take and breathe exudes generations of history.

Columbia St. a.k.a. the “slave road to Stuyvesant’s plantation,” in and of itself is a major topic in the development of Manhattan and the country, which is why the knowledge of the remnant of the historic progressive little mission, DeWitt Reformed Church, should at all costs be preserved for historical purposes, like the preserved African Burial Ground across the street from the federal court building in Lower Manhattan.

Honoring this site would highlight the history of the Dutch oppression and enslavement of Africans and human trafficking that took place on Manhattan Island. It would help make clear that almost everything black people did on the LES from 1626 until the abolishment of slavery and forced sharecropping on Manhattan Island was a forced “contribution” — just like black people’s forced construction of the White House. Currently, few of the many important structures utilized by early Africans in this country are recognized.

Hip hop, although newer than other American musical traditions, such as gospel, bluegrass, ragtime, swing, jazz, Latin jazz, doo-wop, blues and rock, stands just as proudly and has influenced the world equally, if not more than the older forms of music.

We have a responsibility to preserve all American history, not just preferred histories that reflect exclusion, wealth, self-aggrandizement and racism.

Again, let’s connect the historical “dots.” Slavery proliferated on the Lower East Side. But historical remnants of this legacy of black people are rarely ever spoken of. Again, it’s yet another instance of people of color’s history being erased.

But understand, the East River Park amphitheater is part of the Black / Brown legacy where gospel, jazz, Latin jazz, blues, rock and now hip hop have for generations been celebrated by residents of the LES. “The AMP” has also for generations existed as a “nest,” a quiet space and an artistic space where we adore and celebrate our culture.